NORTH FORK, Montana—The 2003 Wedge Canyon fire missed Molly Shepherd’s property by a quarter mile. From her cabin deck, she watched flames lick down the mountainside through acres of pine and larch forest toward her home. The fire burned for more than two agonizing months, consuming seven homes and over 53,000 acres.

As wildfire rages across the West again this year, officials who deal with fire—from local fire chiefs to federal land managers—say there are ways to protect people and property in an era of bigger, more dangerous fires like the one that threatened Shepherd’s home.

Homeowners can remove trees and brush from around buildings, for example. Landowners can thin trees on their land, creating space that can slow a fire. Counties can make sure roads in and out of communities are wide and safe.

The problem is too few government officials and residents are taking those steps. And some of the larger projects that foresters would like to carry out on public land, such as logging and prescribed burning to reduce tree cover and undergrowth, are controversial.

Meanwhile, the risks are growing.

The six worst fire seasons of the past 55 years occurred in the last 15, according to the U.S. Forest Service. Fire seasons are more than two months longer than they were in the 1970s. Forests across the West are dense, dry, stressed by climate change and plagued by the mountain pine beetle.

At the same time, people are moving into forested areas. In northwestern Montana, as the timber industry crumbles and the local economy shifts toward tourism and recreation, land that used to host sawmills now hosts subdivisions full of second homes.

“We know that we have an extreme challenge ahead of us,” said Bob Harrington, Montana’s state forester.

Nine million acres have burned across the country so far this year, including nearly a million acres in Washington and 5 million acres in Alaska. In California, hot, dry conditions fueled blazes like the Valley fire, which blasted through 40,000 acres and destroyed 400 homes in a single weekend.

The bigger wildfires grow and the more communities they threaten, the more money states must spend putting them out. After this summer, Washington’s Department of Natural Resources will have to ask the state Legislature for an additional $100 million dollars or more, said state forester Aaron Everett. That’s more than double the $47 million that lawmakers appropriated for firefighting this year.

Unlike the cash-strapped U.S. Forest Service, which takes responsibility for fires that begin on federal land, states have a financial cushion: The Federal Emergency Management Agency will partly reimburse state and local governments for fighting dangerous blazes like the Wedge Canyon or Valley fires. If the president issues a disaster declaration, FEMA will provide additional assistance to help people and businesses in affected communities recover.

Everett said state lawmakers are generally willing to cover the cost of extinguishing a disastrous fire. It’s more difficult to get funding, and gather public support, for efforts that could slow or reduce the effect of future fires.

Recent wildfires have been intense partly because we’ve become so good at putting fires out. Past decades of successful fire suppression and cool, wet weather have allowed forests to grow thick on mountains across the West, Harrington said.

To reduce fire risk, state and federal land managers want to remove some trees from forested public land. That may mean cutting down dead or dying trees—say trees felled by disease or past fires—or flammable species, such as the lodgepole pine, to protect a watershed or a community. It may mean prescribed burns that use fire to clear out areas.

“We want the forests to look something closer to what they looked like historically,” Everett said, with fewer, bigger trees and more fire-resistant species.

But some environmentalists oppose so-called “fuel reduction” projects. Keith Hammer heads a Kalispell-area nonprofit called the Swan View Coalition that’s repeatedly sued to stop the U.S. Forest Service from logging. He disputes the idea that forests in the Western states are overgrown, and notes that wildfires enrich soil and create different wildlife habitat.

“The last couple of hundred feet around those human structures, that’s where it matters,” Hammer said of efforts to thin trees.

It’s easy for legislative debate over fuel reduction to devolve into fights over regulation. Earlier this year, some Montana state legislators used the issue to argue that federal lands should move under state control. Federal lands account for about30 percent of the state.

The U.S. Forest Service has halted a number of projects in Montana this year due to a lack of funds, including a 900-acre prescribed fire project in Flathead National Forest, according to the Montana Wilderness Association.

North Fork is a community of about 400 landowners wedged between Flathead National Forest and Glacier National Park, so far from the nearest town that people rely on generators and solar panels rather than the electric grid.

It’s the kind of place that attracts self-reliant people (although most don’t live in North Fork year-round). Before smoke from the Wedge Canyon fire had cleared, Shepherd, 72, got out her hand tools and cleared an emergency exit route off her 80-acre property. She had already spent years weeding out trees and undergrowth that posed a fire risk with the help of her son, a former hotshot firefighter.

Today she’s even more prepared to withstand a major fire. After 2003, she gave her cabin a metal exterior, replaced its redwood deck with a fire-resistant composite and added skirting to stop embers from creeping beneath it. When she built a house on her property, she used fire-resistant concrete, metal and glass.

In the western U.S., it’s unusual for a state or a county to require homeowners to build with fire-resistant materials or to thin trees on their land. California has a special building code for communities close to forests, as do some counties, such as Colorado’s Boulder County.

“The fact is, Montanans are reluctant to zone,” said state Rep. Ed Lieser, a Democrat who serves on a state committee that oversees environmental issues. Montana’s Department of Labor and Industry is about to release a zoning code for new construction in areas close to forest lands, but it's up to counties whether they adopt it, he said.

States do, however, offer programs that encourage homeowners to prepare for fire. Since 2009, Colorado has offered landowners a tax deduction for removing trees and brush from their property. Montana is one of many states that takes advantage of federal grants that partly cover the cost of fuel reduction work on private land.

Shepherd, a retired lawyer, co-chairs North Fork’s local wildfire mitigation committee, a group that has helped educate local residents since 2003. Her group has worked with another local organization, the Flathead Economic Policy Center (FEPC), to apply for federal grant money to private landowners, distributed by the state.

But even generous grants that cover up to 75 percent of a project can be a hard sell, said Bill Swope, a former U.S. Forest Service fire manager who now assists FEPC. Some landowners don’t think removing trees will make a difference, others figure that home insurance will cover any property damage.

Many landowners can’t afford to do the work even with grant support, Swope said. FEPC typically works with landowners that have 30-35 acre land parcels, and projects can cost $1,000 an acre or more before subsidies.

Harrington, the Montana state forester, said he hopes that as fire risk increases, insurance companies will do more to push residents to protect their homes. For now, the insurance industry mostly offers advice. State Farm, for example, advises homeowners in high-risk areas to clear a 100-foot space around their homes but doesn’t offer any incentives or discounts for doing so, according to the company.

Swope, Harrington and Montana lawmakers all told Stateline the same thing: that when the smoke from this year’s fires clears, residents and policymakers lose their motivation to prepare for next year. It’s a rare community group, like North Fork’s committee, that can keep people focused on fire preparedness season after season and year after year.

The committee’s longevity may have something to do with the passion of its leaders, or with the tight-knit nature of the community itself. Or it may be that, when you’ve watched a wildfire approach your house, debates over what to do and whether to take action become less academic.

“There are very few people in this community who have not bought into what we’re collectively trying to accomplish,” Shepherd said. 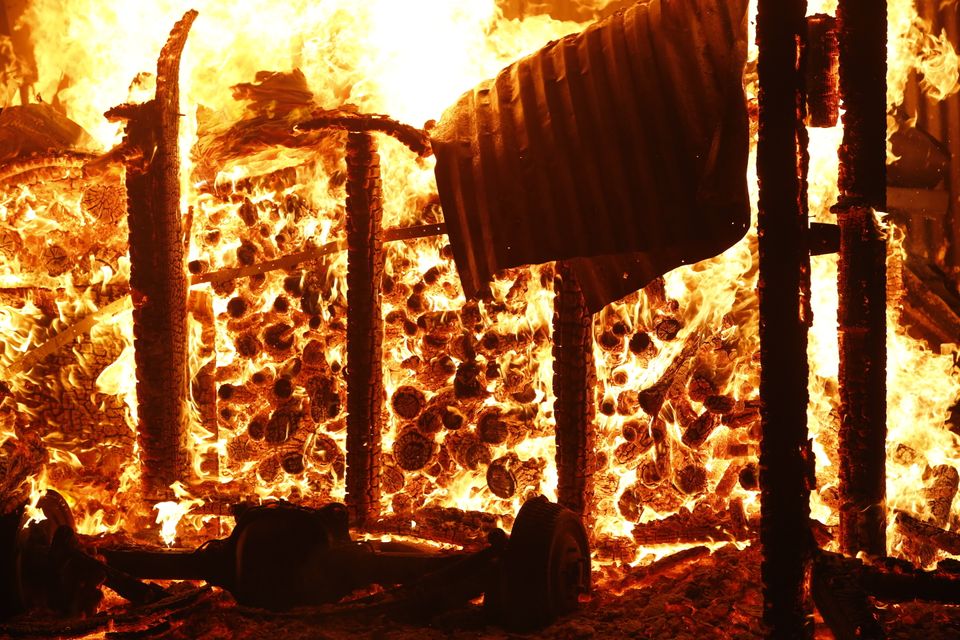