Climate change has not only sent global temperatures spiraling out of control, it has breathed fire into Earth’s wild lands.

Fire seasons are an average 78 days longer than they were in 1970, and the number of acres scorched each year has doubled since 1980, according to the U.S. Department of Agriculture.

If the start of the 2016 fire season is any indication, this alarming trend won’t be extinguished anytime soon. NASA is providing a unique view of the destruction by using satellites to help track and monitor fires ― valuable information for fire managers on the ground ― as well as look at how these blazes are affecting air quality and releasing greenhouse gases.

Lesley Ott, a scientist at NASA’S Goddard Space Flight Center, said the technology provides scientists with “the best view that we’ve ever had of the global picture.”

“Satellites give us a really unique perspective on fires,” Ott said in an interview posted to the space agency’s website. “We can see the hot spot while the fire’s going on, we can see the smoke that’s pouring off. And then after the fire’s completed, we can actually look at the burn scar and see the impact on vegetation, and even the vegetation regrowth in the year’s to come.”

In May, a wildfire driven by unusually hot, dry weather burned through the town of Fort McMurray in Alberta, Canada, scorching nearly 1.5 million acres and displacing tens of thousands of people.

In California, two major wildfires ― the Soberanes fire along the Central Coast and the Sand fire around the Santa Clarita Valley near Los Angeles ― continue to rage. As of Friday, they had burned a collective 70,000 acres.

While these large fires have garnered widespread media attention, they only begin to tell the story of what’s happening in the U.S. and around the world.

“Already in the U.S. this year, more than 29,000 fires have burned 2.6 million acres,” NASA scientist Doug Morton said in an online interview. “The Amazon is the driest it’s been in 14 years, and smoke from wildfires in the Amazon can drift to southern Brazil, changing air quality and potentially impacting the [Rio de Janeiro] Olympics.”

Below, a look at some of NASA’s incredible and gut-wrenching satellite imagery of this year’s fires, from California and China, to Canada to Russia. 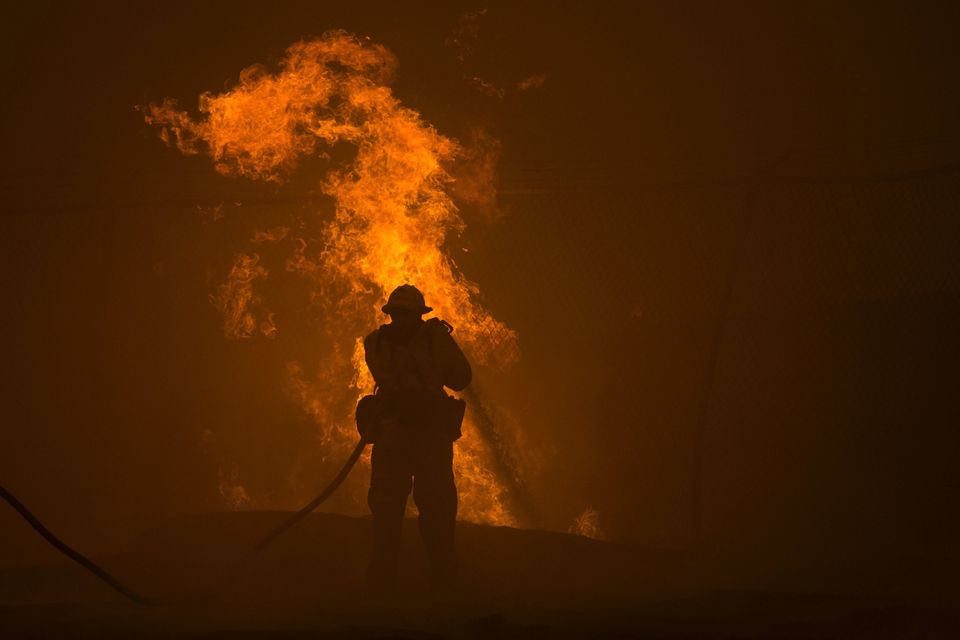