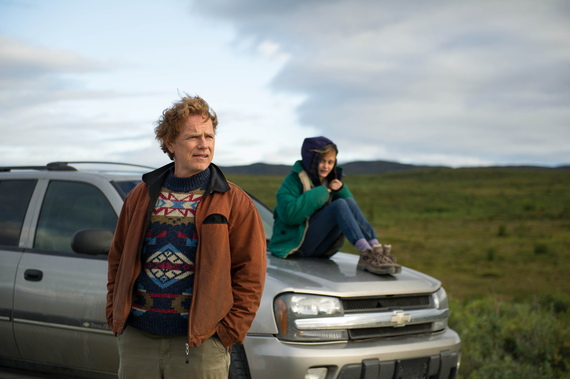 "Life is strange. Every so often
A GOOD MAN WINS."

Rene "Bart" Bartlett is such a man, although he struggles to liberate the good man from a troubled soul. His self-imposed exile into the Alaskan wilderness has him withdrawing from the searing ache of a recent loss. He is vulnerable and stoic. A seasoned backpacker seeking communion and healing from an unspoiled frontier. A loner by choice.

Then Mackenzie, a precocious runaway teenager, intrudes by sneaking from a balcony into his motel room, hiding under his bed then scrambling away as he awakens startled. The famished girl appears again the following morning to partake of the motel's complimentary breakfast. Once more the resolute stranger rebuffs her. Nevertheless, she doggedly follows the grief-stricken, middle-aged trekker into Denali National Park, uninvited, unwanted, and unprepared.

For a third time, Rene repels the 14-year-old who by then has no safe way back to civilization. So they trek into the rough country together while a majestic mountain tableau draws them closer, demonstrating that an isolating wilderness can also inspire spiritual union between disparate humans of different backgrounds, ages, and cultures.

Showing uncommon restraint during their backpack, Rene Bartlett allows the tragic back-story of the young interloper to unfold, barely whispers around a campfire. He intuitively experiences the girl's burdens but does not yet know that she has been mistreated by an uncle living in Juneau, or that Mackenzie had been sent away from her home in Seattle so her mother can enter a drug rehabilitation program.

Not having his own children, Rene nevertheless calls upon a deep reservoir of insight, perhaps ancient DNA of noble masculine character, liberating a protector within. His astuteness about wilderness backpacking broadens to understanding of how he must help Mackenzie escape her uncle's pursuit.

Wildlike, a debut film written and directed by Frank Hall Green, is a nuanced, troubling, uplifting, beautifully rendered meditation on manhood and fatherhood. Its themes are timeless yet firmly rooted in here-and-now. A troubled girl being sent away by an incapable mother. A disturbed uncle who crosses the line. An older stranger who finally accepts his responsibilities when challenged to assist an innocent and vulnerable victim grappling with abuse.

Although this movie portrays broader multi-generational themes, older men will discover gentle reminders about the sacred role of elders in the development and nurturing of today's youngest generations. This includes the millions of fathers and grandfathers who are fifty and older.

Further, about one-fifth of the Baby Boomer generation did not have children, nearly double their parents' generation. Thus, roughly seven million Boomer men have had minimal experience with the trials and joys of raising children. Yet, Wildlike demonstrates how any good man, childless or not, can contribute empathy, strength, and wisdom to unrelated teens besieged with misfortunes and challenges. The movie can inspire even childless males to teach, to listen, and to shoulder some of the difficult burdens of a generation growing up in complicated times.

Mackenzie, played by up-and-comer Ella Purnell (Never Let Me Go, Maleficent, and Kick-Ass 2) is at once intrepid and in danger. Unwilling to remain a captive of her uncle in Juneau, where she has been deposited by her struggling mother, Mackenzie decides to find her own way back to Seattle to reconnect with her mother in rehab.

Desperate and on the run, Mackenzie's persistence leads her to follow the hapless, aging backpacker into the Alaskan wilderness where the two eventually find solace and support within each other's private suffering. The healing that begins there becomes further embellished by nature's grandeur: vast glaciers, fragile mountain flowers, soaring mountain peaks, and a curious grizzly bear.

Writer and director Frank Hall Green concludes his poignant story by raising a tender possibility. Rene and Mackenzie have not merely and fleetingly connected in the Alaskan wilderness; their relationship might continue--an unwavering journey toward recovery together.

"I believe that adventure and the wilderness have the power to reawaken our humanity and, if hand in hand with the right people, can help heal oneself." 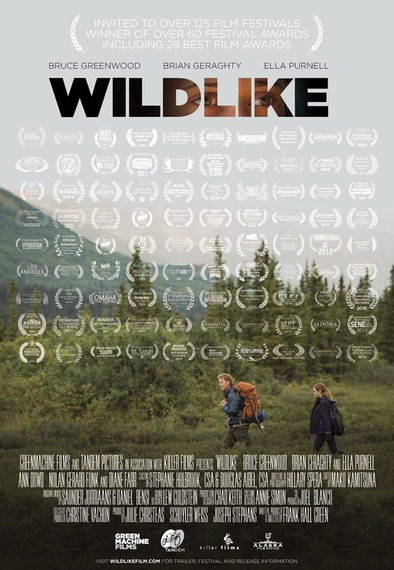 Author and speaker focused on business, aging, and societal transformations.