When you think of farming towns, Milwaukee-proper might not be the first to come to mind. The large Wisconsin city is perhaps better known for its famed breweries and picturesque location along Lake Michigan, but one resident there has been on a mission to make farming more accessible even within the city limits.

Will Allen is a former professional athlete who played basketball throughout college at the University of Miami and post-college in Belgium. Though he has also held jobs in corporate America, Allen has spent the last 21 years in a completely different profession: urban farmer.

As the founder of Growing Power, Allen oversees his urban farms and teaches people in urban Milwaukee how to grow not just food, but good food. The organization's sustainable farm features multiple greenhouses, indoor and outdoor gardens, crops and animals such as goats and chickens. Growing Power also hosts workshops and outreach programs, and distributes its produce, meats and products throughout the city, making a big impact the lives of many.

"We're only six blocks away from Milwaukee's largest public housing project," Allen says. "When people drive by the street and they see the greenhouses on the front, they have no idea that we feed about 10,000 people just from this farm alone."

In particular, Allen enjoys working with area youth. The work that he and the children do, he explains, isn't just about farming; it's about life.

And for many of the children, these urban farms have become a haven of sorts from the chaos of their everyday lives. It's a place where they feel safe, and are encouraged to learn, grow and even find a sense of inner peace.

"Kids that come in here, they're wired and they're bouncing off the walls. But as soon as I put some soil in their hands, they just calm down," Allen says. "There's something very spiritual about touching the soil."

The nourishment of working with soil, which Growing Power grows itself through vermicomposting, is something that feeds Allen's soul as well. "When I touch the soil, I actually feel good. I feel something," he says. "If you have fertile soil, then your food is going to taste good, and that's one of the joys of life."

By far, being an urban farmer is the most challenging and rewarding job Allen says he's ever had.

"I was meant to do this," he says. "To be a farmer, you definitely have to have tremendous faith and trust that something good is going to come."

Meet Will Allen, The Urban Farmer Starting His Own Revolution
Will Allen's Growing Power 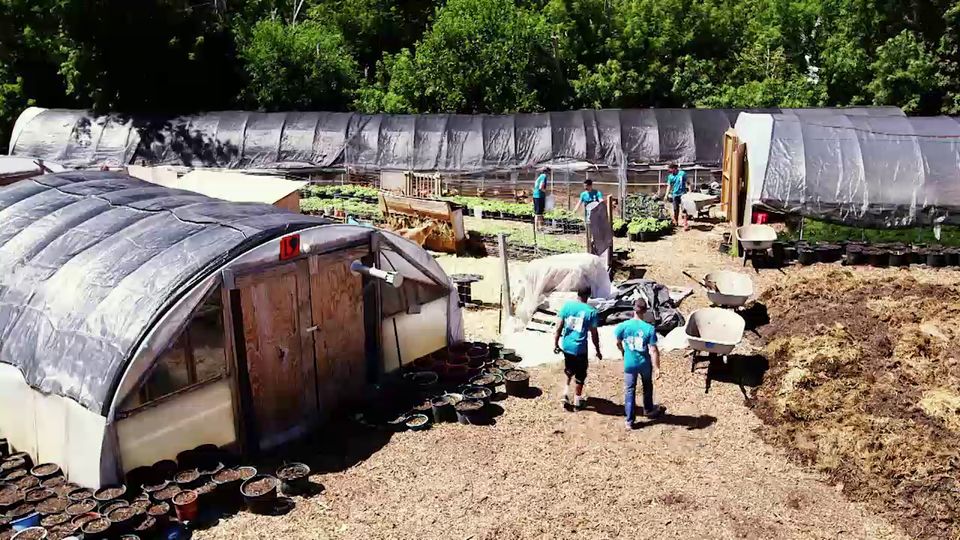 1 / 8
More than 20 years ago, Will Allen founded Growing Power, an organization devoted to making safe, healthy food accessible to everyone. This is one of Growing Power's urban farms in Milwaukee, home to greenhouses, indoor and outdoor gardens, crops and animals.
OWN