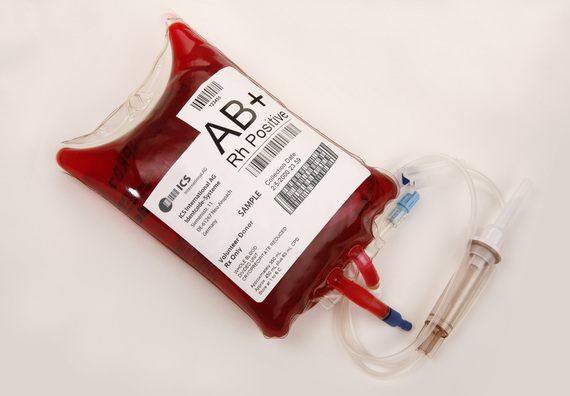 Why Stop with Abortion Restrictions?
Emboldened by recent legislative incursions into gynecology, the GOP may soon look for other ways to practice medicine without a license. Why not meddle in transfusion medicine next?

Implementing the Program
Following their anti-abortion playbook, the GOP introduces bills (ghost-written by the secretive Americans United for Anemia) in Congress and state legislatures to restrict the practice of transfusion medicine. The stated lofty goal is to make transfusion safer. The true agenda is to limit -- and ultimately end -- safe, legal transfusion in America. This is not because blood transfusion is dangerous (indeed, blood products are often lifesaving) but because this medical procedure conflicts with the personal opinions of some. Although all major medical and public health organizations endorse the importance and benefits of transfusion medicine, the GOP is undeterred.

Woman's Right to Know
"A Woman's Right to Know" bills are enacted by GOP-dominated legislatures in many states. The state-mandated pamphlet (written by lay persons) describes the dangers involved, such as transfusion reactions and blood-borne illness. The pamphlet implies that receiving a blood transfusion is riskier than continuing to hemorrhage, which is, of course, a natural process. Hemorrhage is part of nature's plan, and health care providers should not tinker with it.

Red-cell Development
As part of the informed consent, women (but not men) must view a series of photographs showing the development of a red blood cell from its stem cell precursor to a mature red cell. The transfusing physician has to narrate the developmental changes step-by-step to ensure that the woman fully comprehends what a red cell is. She must be told that each red cell is living, separate, and unique from its host (er, hostess). 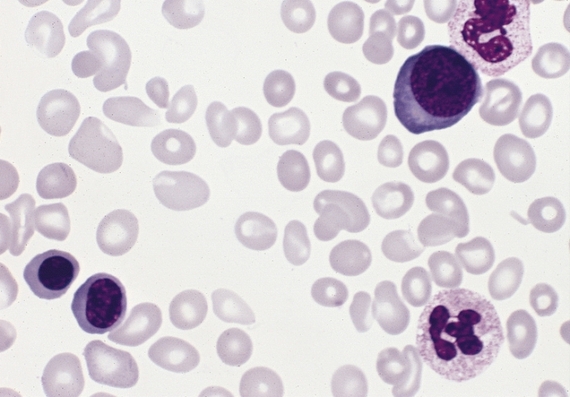 Mandatory Waiting Periods
Women (but not men, who are less flighty and capricious) must receive counseling 24 hours in advance of transfusion. Several states extend the mandatory wait to 72 hours. If one day is good, then three days are clearly better. Women need time to ponder their medical decisions. As noted by a GOP sponsor, "For almost all important decisions in our life, we have a waiting period. When you're making life-changing decisions, time is always beneficial to all of us."

Targeted Regulation of Blood Banks
To ensure blood safety, the blood bank must now be housed in a building separate from the hospital (full of nasty germs and sick people). The blood bank building must have wide hallways, an awning, a janitor's closet, six air exchanges per hour, and no ants in the yard. Unable to make these expensive structural building changes, many small hospitals in Texas close their blood banks. Patients and concerned hospital workers seek judicial relief, but an appellate court says that lack of a blood bank does not constitute an "undue burden." Bleeding Texans can travel to New Mexico to receive blood. It's right next door.

Mandatory Ultrasound Examination
Before receiving a blood transfusion, all women must have a gratuitous ultrasound examination of the abdomen. One can't be too cautious these days. Besides, the Republican Governor of Wisconsin thinks that ultrasound "is just a cool thing out there." Clearly, women deserve cool things.

Twenty-day Transfusion Ban
To be prudent, the shelf life of donated blood is reduced from 42 days to just 20 days. Transfusion of blood more than 20 days after donation is made illegal. Physicians who violate this law risk a fine, imprisonment, and loss of medical license.

The Jekyll Amendment
Rep. Henry Jekyll (R-IL) introduces a bill to prohibit Medicaid funding for transfusions for poor women; it passes along party-line votes. Following the lead of the Jekyll Amendment, numerous states rule that insurance, both private and governmental, cannot cover blood products. Seventeen stubborn states continue to use state funds to pay for transfusions for poor women. Women in other states must pay out-of-pocket, which often means financial hardship for a struggling family.

Harassment of Providers
Opponents of transfusions mount an Internet web site with a list of known offending physicians and the addresses of their hospitals. Picketers become a regular feature in front of hospitals that offer blood transfusions.

Video Evidence of Skulduggery
A secretly filmed and crudely edited series of videos reveals that the American Red Cross gets paid by hospitals for blood! As the Red Cross notes, the fees are not for the blood itself but to cover its administrative costs: "The Red Cross charges for expenses incurred in recruiting and educating donors, keeping accurate donor records, collecting blood by trained staff, processing and testing blood in a state of the art laboratory, and storing and distributing blood." This reassurance falls on deaf ears, and the clamor for shutting down the American Red Cross grows.

Turning Back the Clock on Medical Progress
As planned, the costs of medical care rise, and access to life-saving blood transfusions deteriorates. Affluent women anticipating the need for blood transfusions travel to states or countries with less draconian restrictions. Poor women of color, unable to travel or pay inflated costs, die by the thousands instead. Having ideology rather than evidence guide medical practice provides yet another public health triumph for the GOP.