Broadway, the colossal $1.37 billion theatrical industry, is booming and bigger than ever. According to the Broadway League, Broadway attendance for the 2014-2015 season reached 13.1 million ticket buyers - 80% of whom were Caucasian. However, with the addition of culturally varied productions, we can look forward to audiences becoming more diverse.

Creators of new musicals are incorporating diverse casting choices and musical styles. Lin-Manuel Miranda's new Broadway blockbuster musical Hamilton uses a diverse cast and hip-hop music influence to celebrate American culture today by telling a story of America's past. Audiences are resonating with this new change in Broadway musicals as first-time theatergoers discover a new genre of theatrical storytelling. As Hamilton's hip-hop infused cast recording ranks higher in the billboard charts, rap enthusiasts will discover a musical that speaks their language all the while attracting an array of nontraditional theatergoers as well as widening the horizons of that 80%.

Broadway historically has shown a lack of Hispanic representation on stage and that could correlate as to why they are also the smallest group of ticket buyers. However, the 2015-2016 Broadway season has enough Latin flavor that the rhythm will get you. This month, international superstars Gloria & Emilio Estefan raised the curtain to their autobiographical musical On Your Feet!. The Queen of Latin Pop brings her sound to the Great White Way and is confident su gente will show up to celebrate. According to weekly data released by the Broadway League, audiences brought in a respectable $970,013 for its first seven-preview performance week. On its second week, On Your Feet! brought in $903,937 holding its own on the boards along side some of Broadway's favorites. Word on the street is Ana Villafañe gives a star turning Broadway debut as Gloria Estefan and makes the perfect grand marshal for the Latin party-anthem titled musical. 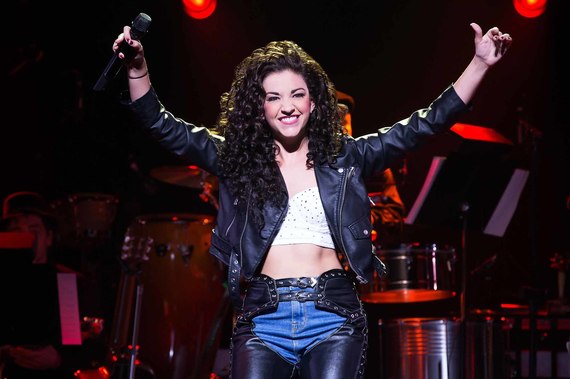 This season alone brings one of the most diverse Broadway seasons in recent years. Here are 7 more shows to prove it:

Eclipsed: Following rave reviews at The Public Theater Off-Broadway, Oscar winner Lupita Nyong'o will make her Broadway debut in Eclipsed by Danai Gurira (the only African-American female playwright represented this season) this spring.

Spring Awakening - Now playing at the Brooks Atkinson Theatre: This critically acclaimed Broadway revival, featuring a cast of both hearing and deaf actors, has become the must-see Broadway production this fall. Directed by Michael Arden, Deaf West Theatre's reinvention is more thrilling than ever before.

Diversity on stage will give people of different backgrounds a reason to explore forms of entertainment new to them. Audiences want to relate to characters that look and sound like them. Often, I have found myself to be the only Hispanic (or of any ethnicity) at a Broadway play. This new trend will bring new ticket buyers to Broadway. And with shows like On Your Feet!, I always will be around mi gente. 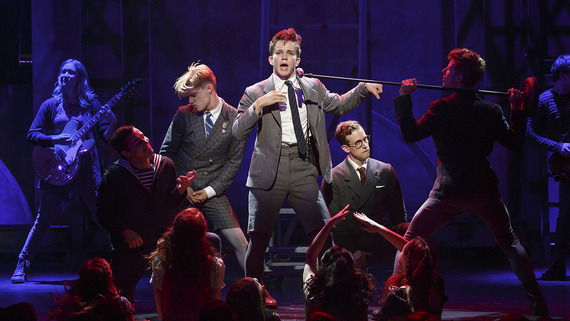