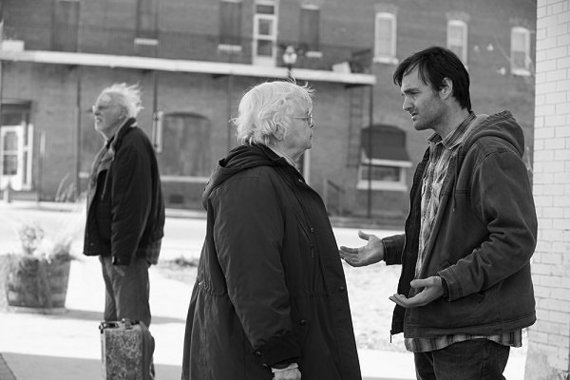 Will Forte didn't worry about getting the role in Alexander Payne's "Nebraska" because he assumed he didn't have a chance.

Then Payne cast him as half of what is partly a two-man road movie - opposite notorious scene-stealer Bruce Dern.

"It was the most surprising wonderful moment," Forte says. "Then the fear set in."

Fear? Here's Forte who, having achieved his career goal by joining the cast of "Saturday Night Live" in 2002, left the show with no real careers aims or goals - and zero aspirations as an "actor." No experience either, for that matter.

Forte never acted in high school or college, though when he went to work at a brokerage after college at UCLA, it was mostly because that's what his father did.

"I think I knew I would love to go into comedy," Forte says, though he'd never done it before.

Similarly, though he'd never played a role like the one in "Nebraska," he got his agent to submit a tape of him doing a couple of scenes. Four months later, he was called in to read in for Payne himself.

"I sent the tape in and immediately forgot about it," he says. "Then he called me in. And just getting the chance to read for him would have been a huge career highlight, if it ended right there."

Payne called a month later to tell Forte he had the role. Now there he was, getting real with Dern (who worked with everyone from Alfred Hitchcock and Elia Kazan to Dennis Hopper and Jack Nicholson to Quentin Tarantino) in a film by the Oscar-winning Payne.

"That was really a fear-making combo," Forte, 43, says. "Here was this wonderful script and I was going to be working with Alexander Payne. And Bruce Dern is this legend. Plus there were all these unknowns just about acting. So I tend to go to the worst-case-scenario in my mind and work myself up from there. Then, a week before production, all the unknowns became known and they were very pleasant.

"Alexander is so good at relaxing you. He has the most relaxed personality. And Bruce was wonderful to me. That first week we read through the script but, mostly we just drove around looking at the locations and getting to know each other. It was this big supportive group, so it was easier for me to get out of my head. Although I still found things to worry about on a daily basis."