New legislation is trying to expand access to health savings accounts at the federal level, but even if successful, those efforts could be paralyzed by new federal rules indirectly reducing the number of HSA-eligible plans.

Health Savings Accounts (HSAs) are tax-excluded medical savings accounts. Any money contributed to an HSA is not subject to taxes, and the funds can be used to pay for medical expenses.

In order to start an HSA, you have to have what's called a "high deductible health plan." Your deductible is the amount you have to pay in full before your health plan kicks in to cover high medical costs. Let's look at an example to understand how HSA-eligible plans work.

Carla is a 22-year-old starting her first job out of college. She chooses a high deductible health plan at her new job, because it's the cheapest plan available to her. She's at an entry-level salary, so saving money is important.

Her deductible is $1,500, which means Carla will have to pay for all healthcare expenses out-of-pocket until she has paid $1,500. Carla barely has a savings account, but she isn't worried about her deductible, because she's young and healthy. She has no known conditions and takes no prescription medications.

Carla can also start an HSA, where both she and her employer can contribute tax-free funds. Carla can use these funds to pay for the few medical expenses she does expect to incur. She visits an OB/GYN once a year for her annual visit, and maybe catches a cold or two. This health plan is really cost effective for Carla, and many other consumers like her. 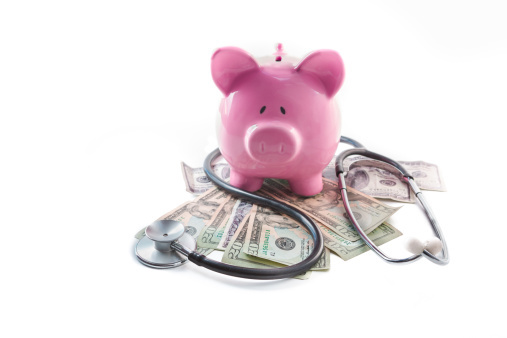 Some people think that HSAs are one of the best tools the United States has for making healthcare more affordable. Proponents say HSAs encourage consumers to shop smarter for their healthcare, because they own their individual accounts and are usually more perceptive to where their medical dollars are being spent.

Several leading Republicans, including presumptive presidential nominee Donald Trump, have advocated for improving and growing HSAs. In fact, the accounts have been favored by conservatives since their inception. HSAs were preceded by medical savings accounts, which were developed as an alternative to President Bill Clinton's healthcare plan in the mid-90s. MSAs evolved into HSAs through the Medicare Prescription Drug, Improvement and Modernization Act, signed into law by President George Bush in 2003.

Since then, many HSA advocates have tried to expand the reach of the savings accounts. The Health Savings Act of 2016 is the most recent effort to do so. The bill sponsored by U.S. Senator Orrin Hatch of Utah and Congressman Erik Paulsen of Minnesota proposes a number of changes to HSA rules. The changes are generally centered around expanding access to groups of people currently cut off from starting HSAs, and widening the scope of contributions and what the funds can be used for.

For example, active military covered under the TriCare program are currently disqualified from opening an HSA. The Health Savings Act would remove this restriction, and similar ones on Native Americans, Medicare beneficiaries and members of health sharing ministries.

Other changes that have been grabbing headlines are related to how the HSA funds can be used. Only eligible medical procedures can be paid for with HSA fund tax-frees, and the Health Savings Act opens that up to include things like exercise equipment, health coaching, and dietary supplements.

But even if the legislation is successful, efforts to expand access to and the scope of HSAs could be cut off at the pass for individuals purchasing insurance on the marketplaces. The reason is new rules issued by the Centers of Medicare and Medicaid Services related to marketplace plan structures.

Plan designs that are not HSA-eligible

CMS adjusts requirements for insurers offering marketplace plans each year. This year, the agency wanted insurers to offer six standard plan options, with fixed deductibles and drug formularies. For example, all bronze plans would have $6,650 deductibles. The agency said this standardization would make it easier for consumers to compare plan options.

Insurers pushed back on this issue, and CMS backed down--carriers will not be required to offer these plans in 2017. However, some HSA advocates see these suggested standard plans as a death knell for the savings accounts. Here's why.

Roy Ramthun knows a thing or two about HSAs. He led the U.S. Treasury Department's implementation of the accounts after they were enacted into law, and then founded HSA Consulting Services.

Ramthun says these rules could essentially kill the HSA in the individual market. The new rules would also suggest that insurers cover more services before consumers meet their deductible. HSA-eligible plans are not allowed to cover anything except preventive care, but under the new rules, specialty-care visits, mental health services and drug benefits would all be covered.

Without including exemptions for HSA plans, these rules will prevent many offerings on the marketplace from being HSA-qualified.

"I don't know if these rules were created accidentally or by design," Ramthun says. "They were responding to consumer criticism, people saying 'We're paying premiums for plans that don't cover very much.' But a lot of people forget what insurance is supposed to be."

If you want a plan that pays upfront before meeting your deductible, Ramthun says, you should buy a "platinum" plan, which will have higher premiums, not a high deductible plan, or a bronze plan with a lot of cost-sharing.

"You can't have it both ways," he says, "and now they're trying to make insurance cover more care upfront. That's a problem for HSAs."

The future is unclear

However, HSA death predictions might be premature. The standardized plan concept was not included in CMS's final rules, which means they won't affect HSA eligibility in 2017. But 2018 and beyond could be a different story.

"Make them optional this year, next year it's required," Ramthun says. "How many insurance plans are going to say, 'We see the writing on the wall?'"

It's possible, however, that HSA advocates might bring these issues to the attention of federal regulators, and by the time 2018 rules are issued, the regulations could be adjusted. And of course, the future all depends on a little election taking place later this year.

"It's hard to say today that X or Y will happen without knowing who wins the election," Ramthun says. "They'll have to start this process under the current administration, and the final rules will be published under the new administration. So there's not a lot of time to fix these problems."