The ax is falling fast on Lebanese journalists as word of newspapers going fully online or facing shutdown spread this week amid a sea of political, financial and social turmoil in the country.

"Some colleagues were issued warnings through the Labor Ministry to ease their ouster," said a staffer at the one-time paper of record Annahar (The Day), adding that the ploy would save the daily from paying any compensation to those laid off. 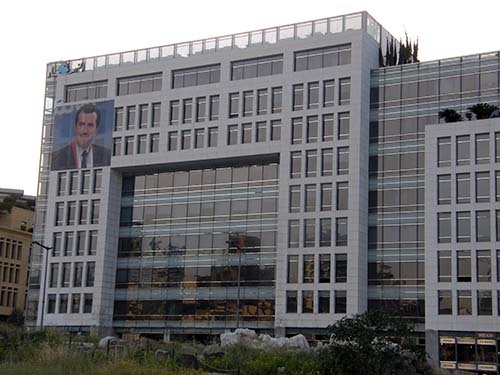 According to the source who declined to be identified, the warnings about not maintaining working hours or refusing to write for the website were unjustified and arbitrary, notably since most staffers hadn't been paid in at least seven months.

Annahar, founded in 1933, has been on a roller coaster ride since its former publisher Gebran Tueni was assassinated in 2005. His eldest daughter Nayla took the helm, after a brief return from retirement by her grandfather Ghassan, but has been unable to yank it out of piling debts, snowballing layoffs and unrest within the ranks. 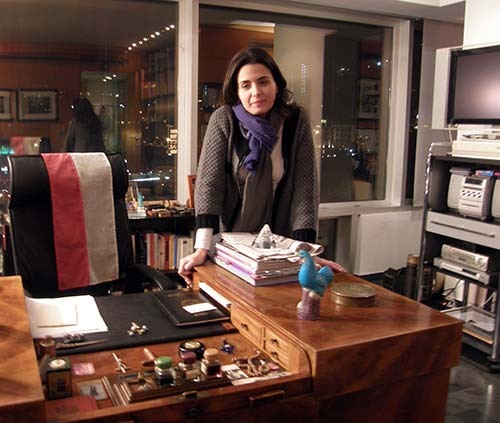 Even monetization attempts to turn its website into a sometimes funky platform of news and titillating infotainment akin to Buzzfeed or the Huffington Post with the addition of English and French online versions haven't yielded the requisite funds and audiences, industry insiders said.

When I asked who was on the chopping block, the source replied, "Who knows? We hear 60 more names to come," noting that the management was making it difficult and unpleasant for staffers, to push them into resigning.

My emailed questions to the management about the latest downturn and reports the paper may even close went unanswered.

Assafir (The Ambassador) also has a grim future.

Editor-in-chief Talal Salman circulated an internal memo saying on the eve of its 43rd anniversary the paper faced exceptionally difficult circumstances brought on by the information revolution (social media), instability in the Arab world as well as political and social conditions in Lebanon that were reflected in the media. 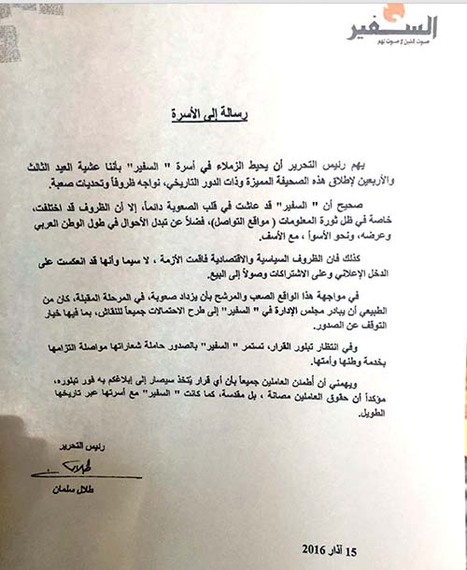 "To face this difficult reality that will become more difficult in the coming stretch, it was natural for Assafir's board to raise all possibilities, including the option to stop publishing," he said.

Salman assured his workers their rights would be protected, but skeptics wondered how if the money isn't there. 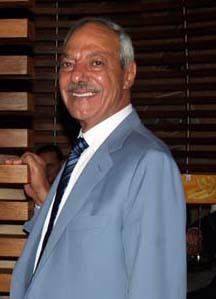 Besides sharp drops in advertising revenue, competition from newer local print and online media (not to mention social media and citizen journalists), rising production costs, measly subscriptions, and readers who would rather get their news in snippets on the move, Lebanese media have also been heavily dependent on political patronage and outside funding over the decades.

With a bigger margin of press freedom than most Arab countries, Lebanon's ideal geography at the crossroads of continents and cultures, and its highly educated cosmopolitan and multilingual population has also been the launching pad for media acting as mouthpieces for various regional and international paymasters.

In another part of Beirut, the editor-in-chief of Al Liwa (The Banner), Salah Salam, sent his staffers an "administrative memo" offering them the option of resigning starting March 15 in light of belt-tightening measures and unforeseen added hardships at the paper that is over 60 years old. 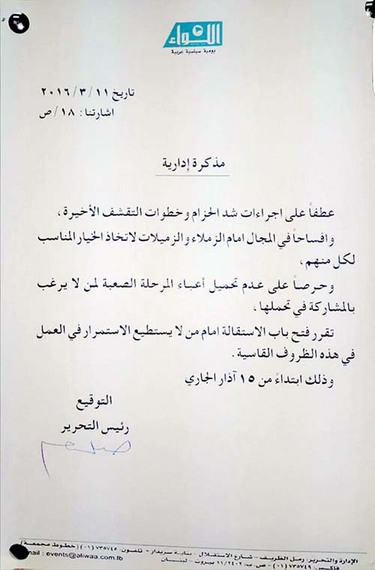 "This crisis was exacerbated over time by the loss of international support for the media and a decrease in resources from subscriptions and advertising, as well a loss of Arab interest in Lebanese media," he said in a Sky News Arabia interview.

All papers have online versions, he added, but the big question is whether the paper editions would survive. 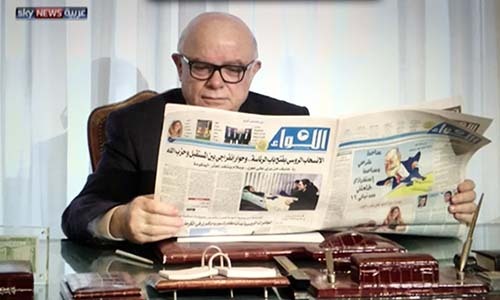 Online editions of Lebanese papers have varied from mediocre and amateurish to relatively good but most newsrooms have been unable to merge their editorial operations into a seamless integrated multimedia digital presence, and training the required human resources to run them still leaves much to be desired.

Al Mustaqbal (The Future) is a daily owned by the family of former prime minister Saad Hariri, whose father, ex-premier Rafic Hariri was murdered in a car bomb in 2005.

The paper, part of a media group that includes a TV station by the same name, a radio station and several websites, has seen severe budget cuts and staff downsizing, but is struggling to stay afloat. 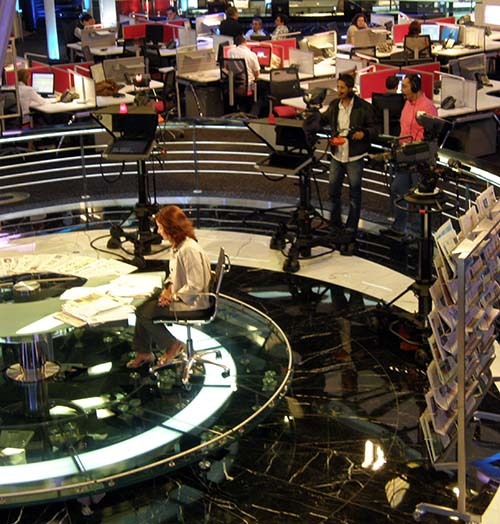 "We were not informed that there will be any layoffs," said one senior manager who spoke on background, noting that releasing staff would also be costly given the size of indemnities to old timers and newer operatives alike who still want six months of back pay.

When Saad Hariri visited the TV newsroom recently, he assured the journalists, editors and producers their rights would be safeguarded, but it wasn't clear when the needed infusion of funds would be forthcoming, the source added.

Lebanon's cabinet was expected to raise the issue of the media crisis at a meeting Thursday with the Labor minister calling for the establishment of an emergency fund to help the faltering organizations and the specter of hundreds of workers losing their jobs. 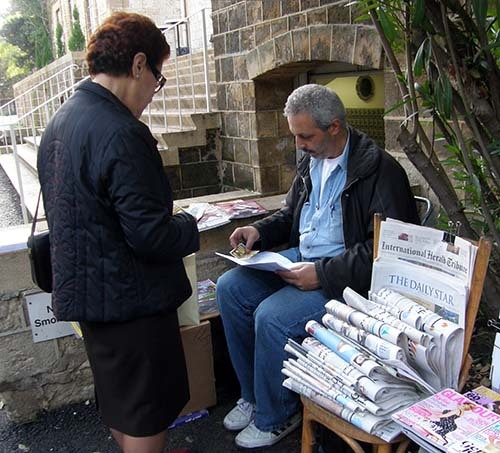 In a tight and extremely volatile job market, any additional loss of revenue is a serious blow to the economy and to media workers who, if they had the choice, would seek employment abroad.

Meanwhile, the board of the Lebanese Journalists Union, whose president's election to the post is contested on charges of fraud and irregularities, held an emergency meeting with its lawyer on Wednesday to mitigate the impending doom at several key newspapers. 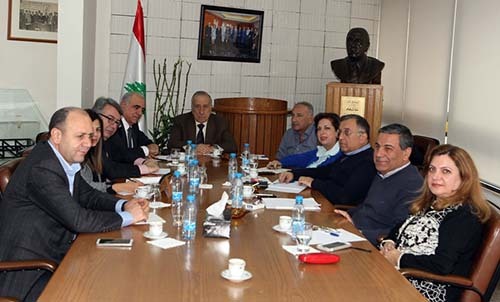 The politicized and sectarian board pledged to try to save print media and their workers and provide legal assistance to those facing dismissal.