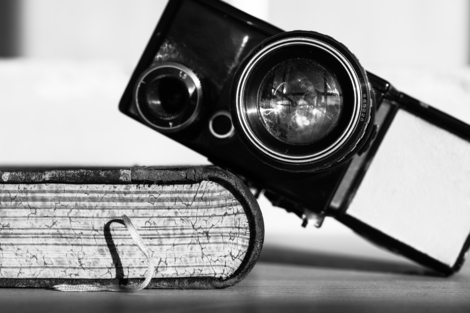 As a longtime practitioner of the art of fiction writing and a committed reader of the works of others, I have been thinking a great deal about the impact of the proliferating film/TV industry on the future of reading.

Having lived through the golden age of Hollywood films shown in ubiquitous neighborhood theaters in the United States with outlets throughout the world, I hadn't given much thought to the moving images' actual impact on reading up until recently. Although there were voices that persisted in sounding the death knell of the novel, the popularity of novels and short stories never seemed challenged by the movies.

The novelist as hero was a celebrated figure and outsized literary personalities like Earnest Hemingway, Sinclair Lewis, William Faulkner, John Steinbeck, Pearl Buck and numerous others were accorded celebrity status and given serious prizes on the national and international scene. The competition emanating from watching films did not seem to diminish the popularity of reading.

In today's world, visual storytelling of every conceivable variety is a worldwide staple surpassing in scope and volume what was churned out in Hollywood in its golden age and what was available on network television in the days when only a few select networks dominated the media.

As the international demand for narrative film/TV content continues to soar with popular streaming services like Netflix and others the two questions then become: will the coming generations receive most of their entertainment through visual means rather than through the written word and will such a proliferation of narrative film/TV reduce the importance of reading?

Growing examples of this trend include the diminishment of fiction in the common core curriculum, the ever-rising culture of computer games, the tsunami of streaming services of enormous international reach, and the blockbuster movies filled with special effects geared towards children and teenagers. Nor must we ignore the economic dangers that lie ahead for the written word. The narrative film industry is a moneymaker that dwarfs the publishing industry currently in the throes of financial revolution and disorder. As the distribution channels of the written word lose traction, the danger to its economic survival will become more and more evident.

The other underlying question, of course, is does it really matter if the written word bows to the world of film/TV? From my perspective, any diminishment of fiction delivered by words is a loss for mankind and must be confronted.

There is no greater human attribute than the imagination. It lies at the very soul of the human species. It is the brain's most powerful engine. It is the essential muscle of life and like all muscles it must be exercised and perpetually strengthened.

Writing and reading are the principal tools that inspire, create and empower our imagination without which we are bereft, muted and lesser. Anything that diminishes that power is the enemy of mankind.

It should be known that I am not categorically opposed to the myriad manifestations of new media and technological advances. As an author who has always considered himself an entrepreneur I have always felt it necessary to adapt to evolving technology and modes of distribution. When SONY came out with the first viable reader, I was asked to make the first pitch for its use at the Las Vegas Consumer Electronic Show in 2007 along with my friend Nick Taylor, former President of the Author's Guild. What's more, a number of my novels are in various stages of development for film, TV, and live stage productions. Any serious novelist and entrepreneur can relate to the desire to share their work in as many mediums as possible, reaching a wider audience. My hope is that the written word will only stand to be enhanced and complemented by its visual counterparts, not pushed to the brink of extinction.

My argument here is for a greater, not a lesser emphasis on the written word as the paramount storytelling device ever invented for human communication beyond speech itself.

Words conjure deeper, more creative possibilities of thought and interpretation than what is pre-packaged for our consideration. The heart of storytelling is the ultimate quest for "what happens next," which motivates us to contemplate our mortality. It is the mystery of all human life, a necessary component of our existence. Where are we going? What is ahead? Is there anything beyond disintegration and the end of life?

These are the primal questions behind the idea of storytelling. The imagination is indispensable to our existence and the speculations that reside in fiction, as presented in words, are the stimulant that facilitates that projection.

I know this may sound a bit lofty and though there is arguably somewhat of a touch of pessimism in my essay, I know I am not alone. The canary in the coal mine is singing its song of warning.

Warren Adler's forthcoming novel, Torture Man, is slated to be released in late November. Available for pre-order here. Other Film/TV projects currently in development for Adler include the Hollywood sequel to The War of the Roses - The War of the Roses: The Children, along with other projects including Capitol Crimes, a television series based on Warren Adler's Fiona Fitzgerald mystery novels (Bo Derek as Co-Executive Producer), as well as a feature film based on Warren Adler and James Humes' WWII thriller, Target Churchill, in association with Myles Nestel and Lisa Wilson of The Solution Entertainment Group. Keep up to date with the latest film developments on www.greyeaglefilms.com