More than 190 nations have agreed on a plan to limit climate change, ending a decades long search for an accord requiring the world's economies to regulate the emission of gases that scientists show are causing the earth to warm.

And to reach the goals set by the history-making accord that limit world temperature rises to 1.5 to 2 percent Centigrade, will require massive investments that should spur worldwide economic growth for decades to come. And that is why the Paris accord on global warming will make a difference for those 195 countries that have signed on and agree to implement the many new technologies that mitigate the use of fossil fuels and other non-renewable energy sources heating our atmosphere. 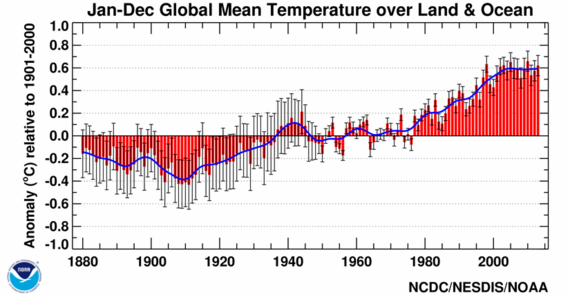 Bill Gates has announced his own accord with other billionaires to fund startups that mitigate global warming. The New York Times reported Gates' role in sealing the deal. It underscores how a handful of the world's wealthiest people can stand with heads of state to spotlight a social, economic and policy issue on the global stage, said the Times.

Last week, on the opening day of the Paris meeting, Mr. Gates joined Mr. Obama and Mr. Hollande to introduce the coalition. It will commit 20 governments to doubling their renewable energy research budgets to a total of $20 billion over the next five years.

In addition, Mr. Gates and a group of other wealthy business people agreed to invest at least $2 billion in clean-energy start-ups -- with half the money coming from Mr. Gates himself. The group plans to finance companies that turn promising clean-energy concepts, some of which will originate in government labs, into viable products. Some of the companies will fail, Mr. Gates warned.

There are already many new energy efficiency startups, which have had their ups and downs with or without federal subsidies, such as solar power. Bloomberg has listed 25 companies that are either researching or already producing clean-energy alternatives to fossil fuels. They range from boring miles into earth's crust to produce thermal energy, to cleaner-burning diesel engines that raise gas mileage to 100 miles per gallon, to LED lighting that is already saving electricity, to converting coal efficiently to cleaner-burning natural gas.

The Paris accord requires any country that ratifies it to act to stem its greenhouse gas emissions in the coming century, with the goal of peaking greenhouse gas emissions "as soon as possible" and continuing the reductions as the century progresses. Countries will aim to keep global temperatures from rising more than 2°C (3.6°F) by 2100 with an ideal target of keeping temperature rise below 1.5°C (2.7°F).

The Paris accord will also encourage billions, if not trillions of dollars of capital to be spent adapting to the effects of climate change, as I've said--including infrastructure like sea walls and programs to deal with poor soil--and developing renewable energy sources like solar and wind power. The text of the agreement also includes a provision requiring developed countries to send $100 billion annually to their developing counterparts beginning in 2020. That figure will be a "floor" that is expected to increase with time.

The stakes could scarcely be higher. Without urgent action, warming was predicted to reach unprecedented levels, of as much as 5C above current temperatures - a level that would see large swathes of the globe rendered virtually uninhabitable. What is more, infrastructure built today - coal-fired power plants, transport networks, buildings - that entail high carbon emissions will still be operating decades into the future, giving the world a narrow window in which to change the direction of our economies.

This will require a massive retooling of national economies, as the new technologies are implemented. It can well be called a post-industrial revolution, one started with the digital and Internet revolution, which makes possible the next revolution, one of a worldwide consensus that Planet Earth won't overheat, as have other planets in our solar system.

In fact, there is a precedent for such massive investment: the Marshall Plan that rebuilt Europe after WWII. This is the best of incentives to sign on to the agreement. It should be in the interest of every country that wants to continue to grow their future economies--rich and poor--to implement the Paris accord on Global Warming.