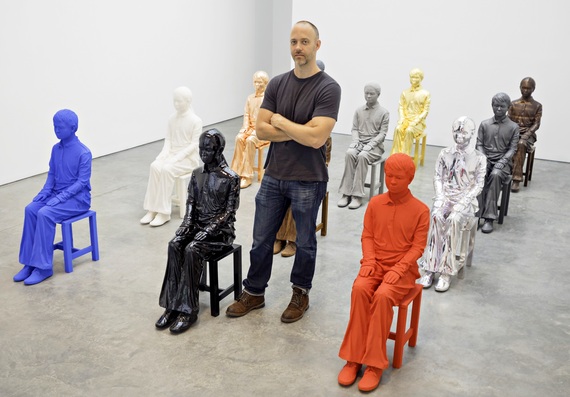 For his new solo show at Paul Kasmin Gallery, Will Ryman has unveiled two installations in which he has been working on for the past three years: Classroom and The Situation Room. Besides the flawless execution and strong concept behind them, what's equally impressive is the amount of emotion that each installation triggers on viewers. The installations are quite different but somehow interrelated; one can't see The Situation Room while experiencing Classroom or vice versa, since a drywall separates the ample space and creates very unique experiences. This too, contributes to the impact of going from one room to the other. 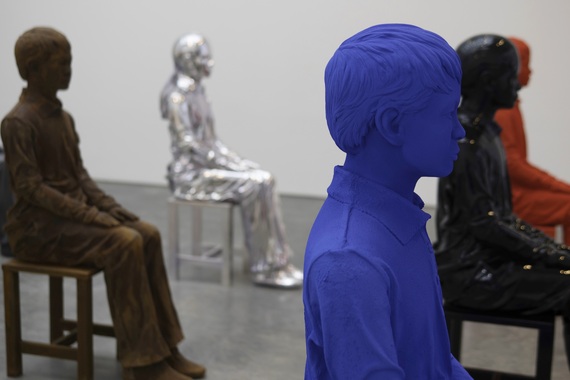 Classroom is composed of 12 identical cast sculptures of male and female students, whose only difference is the color and materials in which they have been coated. "I wanted to explore the relationship and parallels between mass production and education: grids, assembly lines, military formations, students sitting in a classroom are arranged in rows, humans that are mechanized, objectified and commoditized," Ryman said. 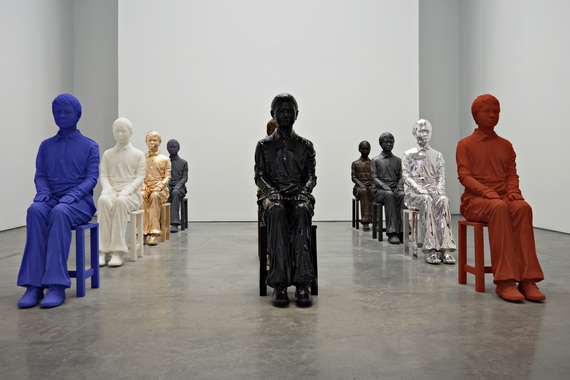 The face that Ryman originally sculpted came from a blend of many different features and ethnicities of laborers around the world. "I then had to strip them from emotion and gesture, but once the installation is put together there are a lot of feelings here." Ryman then added that "the grid as a system of mass production is a global issue, but it started here in the U.S. We are the consumers." Ryman wanted to take the materials, which include iron, copper, salt, cadmium, chrome, silicon metal, titanium, wood, cobalt, gold and graphite, and arrange them on a grid in an aesthetically pleasing way that still dehumanized the figures. "I was looking for the differences that identical cast figures can have once coated in different natural elements without adding any pigments. For example, the details in the facial features change tremendously from graphite to silicon metal to gold. It's not only about the colors."

While immersed in the installation, I couldn't stop thinking about Pink Floyd's video for the single, "Another Brick in The Wall" - mechanic students that rebel against teachers as a metaphor for oppression, government control, censorship and manipulation. Ryman hadn't made that connection but doesn't disagree with my idea, in fact he tells me, "this is a never-ending global issue; that's why I didn't use a square of three sculptures in the front and three rows back, I wanted the installation to seem as if it keeps going." 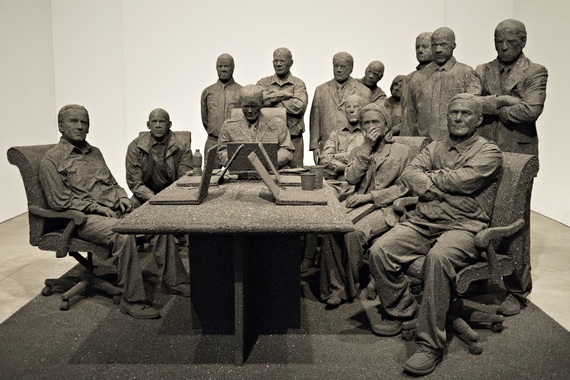 Behind another wall and pretty much separated from the front of the gallery, The Situation Room is a life-size installation based on the picture taken by White House photographer Pete Souza on May 1, 2011. The image shows President Barack Obama and his national security team watching live updates from the Operation Neptune Spear, which culminated with a raid and subsequent killing of Osama bin Laden. 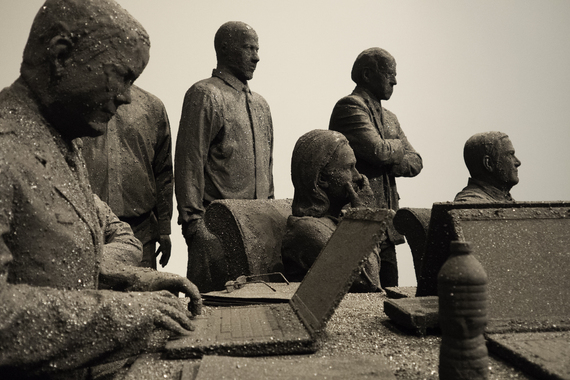 After getting the goose bumps, I have to tell Ryman that even as a huge fan of Zero Dark Thirty, this piece has really shaken me. The lack of natural light (as opposed to the front room where Classroom is) and the enclosure of the installation augment the climatic experience.

"I used that picture because it impressed me so much and it's such a pivotal moment in contemporary history. I erased all distinctive features from the faces and made it monochromatic, because I felt manipulated. Was this staged? Why that picture? What's the relationship between the U.S. and the Middle East? And what's important to me is that this situation repeats itself throughout history. The people in the room rotate but situation stays - that's why I reduce their faces to their elemental parts," Ryman said. "Then I used coal to coat everything on the installation because coal is history, energy, power, expansion; but it also reminds me of the aftermath after 9/11 - everything was covered in black ashes, like Pompeii." 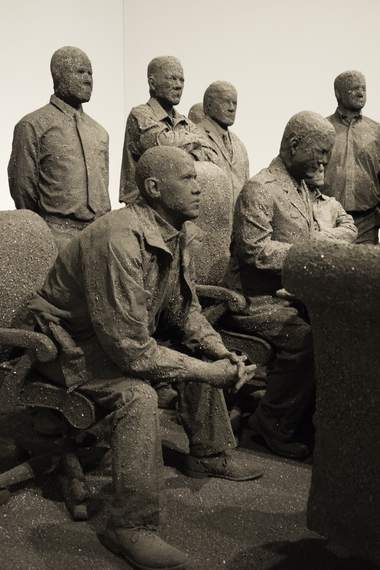 When our time together comes to an end, Ryman tells me that Classroom relates to The Situation Room because so many of the aspects connected with exploitation of resources to achieve mass production cause so many of the issues that are then explored in the Situation Room. After delivering these two colossal installations, I ask what comes next. The answer of course, is simple but brilliant: "I want to keep exploring complicated social and political situations, and I want to keep reducing them to their elemental parts so that I can connect the dots."