It takes hubris befitting a king for the US Supreme Court to rule, on the eve of celebrating the Declaration of Independence, our founding screed against political corruption, that a jury cannot convict a governor for taking $177,000 in loans and favors from a donor he used his political office to help.

Forget that trial by jury was one of the grievances enumerated against King George, or that quid-pro-quo corruption by the King and his men was at the heart of America's founding. The fact is that the standard SCOTUS put in place in McDonnell v. the United States, by overturning the conviction of former Virginia Governor Bob McDonnell, for taking six-figure gifts and loans from a tobacco supplement maker he used his office to help, cannot be applied to itself.

SCOTUS ruled that pay for access and to get the means of "constituent services" is a reasonable function of government and that political corruption can only be prosecuted for focused and concrete misconduct that goes beyond buying influence. Yet the Supreme Court has exempted itself from specific and concrete conflict of interest laws that apply to all other federal judges and recently has a ignored a petition to apply that standard to its members.

"Currently there are no formal guidelines to guide conflict of interest decisions before the Supreme Court," writes Harry Snyder, the former West Coast director of Consumers Union and a pioneering public interest lawyer, in his petition. "There is no transparency into a judge's recusal decision, nor are there procedures for addressing complaints concerning bias, prejudice or conflict of interest."

In other words, whether Supreme Court justices have to withdraw from cases because of specific conflict interest of interests that would preclude them from ruling fairly, due to financial or other considerations, is beyond the law, but left up to each judge's whim.

Snyder argues that Justice Roberts should adopt the rules that apply to all federal judges for the Court, but has yet to receive a response to his petition filed months ago. 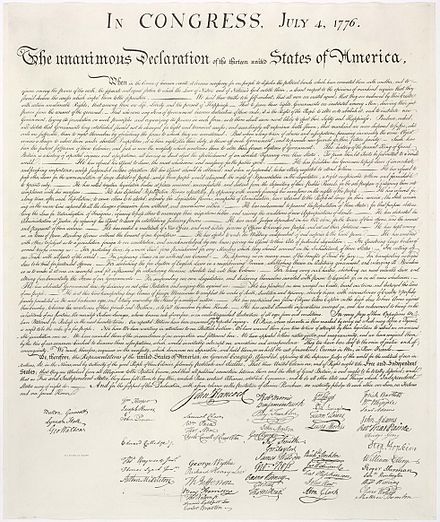 The Declaration harkens: "We have Petitioned for Redress in the most humble terms: Our repeated Petitions have been answered only by repeated injury."

In light of the ruling in McDonnell v. United States, eroding conflict of interest laws and claiming violations of specific standards are necessary for proving abuse of public trust, shouldn't the Supreme Court set specific standards for itself?

The Judiciary may be an independent branch of government, but it should not be beyond the law. Members of our highest court should re-read the Declaration of Independence and answer Mr. Snyder's petition.

The citizens of the United States, like the signers of the Declaration, continue to pledge our lives, our fortunes, and our sacred honor to defend government based on the consent of the governed and the obligation of those whose govern, including in the courts, to be free from corruption and bias.