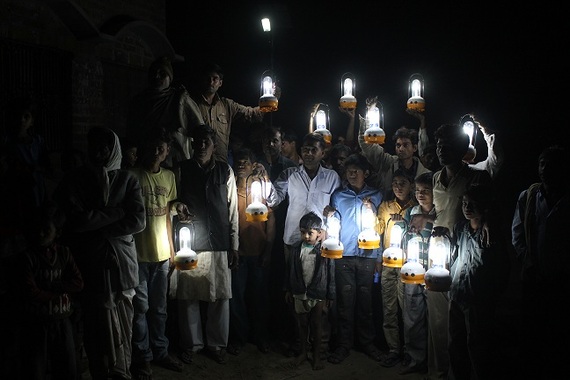 With interest from Elon Musk to a16z's Steven Sinofsky, momentum in Silicon Valley may be heading in an unlikely direction -- towards addressing energy poverty.

Energy poverty, which affects 1.2 billion people around the world who lack access to electricity, is, according to David Roberts, "the greatest challenge of our time." (Read his take in not one but two separate posts.) That's because it pits our need to reduce fossil fuel consumption head to head against lifting hundreds of millions out of extreme poverty. It's hardly the place where you'd expect those investing $1 million in the word "Yo" to focus their efforts.

But pressure has been building for Silicon Valley to move beyond "me-too" apps to tackle some of the world's greatest problems. People like Vivek Wadhwa have excoriated the valley over its lack of investment in enormous entrenched challenges from poverty to climate change. Energy poverty sits squarely between the two, but despite growing interest in a broad-bucket category called "science," issues like these have thus far received little interest.

But that pressure to invest pales in comparison with a much bigger force potentially driving the valley towards energy poverty: the smartphone. Remember that a not-so-insignificant portion of today's venture capital (VC) investment boom centers around the cellphone as a platform for driving sales revenue. But traditional markets are increasingly saturated, which has led mobile phone companies and the industries that piggyback on their platform to seek emerging or frontier markets. 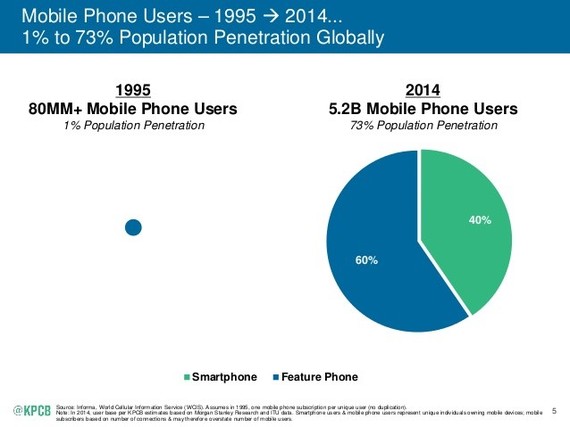 That has caused a global boom in cellphone penetration, truly leapfrogging landline telephones. More importantly, that push to frontier markets includes a push to the next frontier of ad revenue -- smartphones that connect people to the Internet. That's why organizations like Facebook have launched initiatives to connect billions of people to the Internet with all manner of crazy technology including lasers and balloons. Because without a Wi-Fi connection all those unconnected devices are leaving value on the table.

But there's actually one much bigger catch: You've got to keep all those phones charged. That might sound like a minor annoyance if you live in the developed world, but if you live in an emerging economy where the centralized grid's reach is very limited and the juice flowing through those wires is erratic at best, it poses a daunting challenge. For many in rural sub-Saharan Africa, for instance, it may entail hours of walking to the nearest kiosk that can charge a phone -- which likely comes at a hefty price.

That's why in addition to tech-focused investors, telecom companies across Africa have been one of the biggest drivers in solar adoption -- because the more a cellphone is charged, the more it's used, which means more money for the telco (in their parlance, increased average revenue per user, or ARPU). For great research, check out GSMA's work on this topic. (See here.) 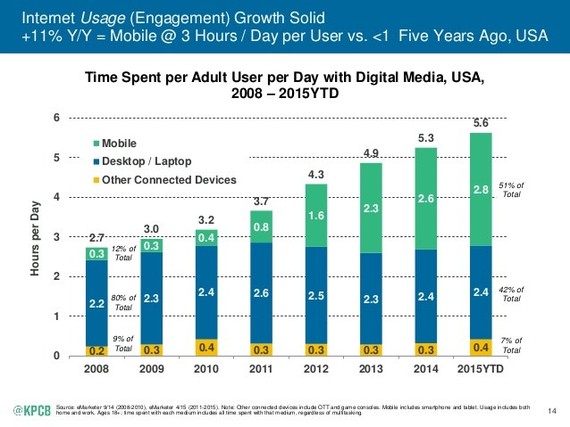 It's this intersection -- mobile phones, Wi-Fi, and distributed solar -- that is finding an audience with those disruption-obsessed investors in the valley. First came an excellent piece in Recode from Steven Sinofsky, a partner with Mark Andreesen's (of Netscape fame) shop, on Africa's mobile revolution and the growing penetration of distributed solar solutions in poor communities. This is the same shop that landed an in-depth piece in a recent New Yorker profile on its rapid ascent in the VC world.

Then came the one-man hype machine that is Elon Musk, whose powerwall offering dialed his status up into the stratosphere. In the midst of all the excitement, Musk turned his eyes to the developing world. He explicitly called out the leapfrog opportunity storage offers for the 1.3 billion people living off the grid and his company's interest in the space. As far as dog whistles go, this one couldn't be louder.

But as exciting as all these discrete pieces are, money still speaks much, much louder than words. Just ask any solar company operating beyond the reach of the grid, and they'll tell you that it's still like pulling teeth to raise money. But remember that the valley mentality is basically a pendulum, with investors following the next hottest thing. That's why "clean tech" became a dirty word post-Solyndra, and it's been nontraditional investors who've stepped in to keep investment flowing for years. (See Rob Day's many great pieces on this.) But that can and will change fast.

With investment volumes in this very nascent space picking up, a new campaign aiming to unite the industry gearing up, and an industry body -- Global Off Grid Lighting Association (GOGLA) -- organizing investor conferences with Bloomberg New Energy Finance, there's plenty of momentum building, all of which will force the valley to look at this momentum and answer the famous question: "Do you want to sell sugar water for the rest of your life, or do you want to ... change the world?"