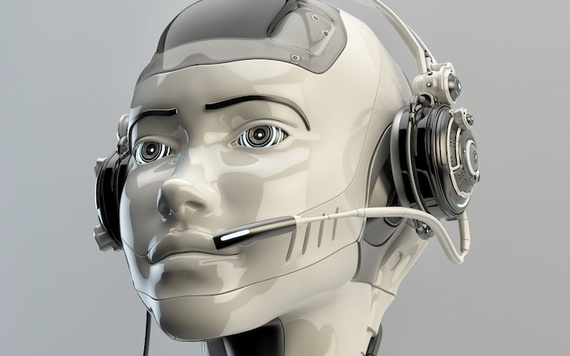 The word "robosourcing" is making its way into the technology media, and starting to skirt the fringes of the mainstream media via the help of Hollywood and other platforms like TED.

Just recently, a TED talk by Guy Hoffman on robots with "souls" tipped the scale (in my opinion) in conjunction with movies dating back to Star Wars and as recent as HER and Transcendence.

Somewhere between the noise and the hype is the tangible reality that if we continue to innovate in the direction and the pace of today, robotics, connectedness, artificial intelligence and automation will converge on a single truth.

The single truth is that robots will enter to workforce.

Before we wrestle with the 1st generation of robot laborers, let us realize that many of us use robots today. One can argue that my washing machine is a robot, my vacuum is a robot, the drone announced by Amazon is a robot, and for the most part in factories all across the world are generations of robots working on behalf of mankind; however, they are not seen as laborers, the are seen more as automation machines.

Henry Ford replaced horses with robots, we call them engines, and they still have horsepower.

I would like to explore the precept of a robot laborer, what will "it" (I don't think first generation robo-laborers will be gender aware) be capable of doing, how will it be paid, who will own it and who will repair it (robo-doctors)? All tough questions, but they trigger two discussions in my head. They trigger:

1. The outsourcing debacle we have delved into for two decades, and

2. The construct of Humans as a Service (HuaaS) as we think about a liquid cloud of human capacity.

Without digging too deep into the techno babble, this article on CIO.com simplifies the first part for us. We may be robo-phobic.

Outsourcing, or as we coined it on twitter, robosourcing.

First generation robot laborers will not replace knowledge workers, they will more than likely replace manual workers. While we all marvel in the capability of IBM's Watson to win chess and Jeopardy tournaments, first generation robo-workers will not be a workforce of Watsons, they will be more like a workforce of strong machines that can do laborious tasks that are easily repeatable and well defined.

The video below brilliantly describe the first generation robo-laborer world where robots can react to natural disasters, help in radioactive spills, etc. The world could be exciting ..

But not so fast, take for example mowing the lawn, or fetching boxes when moving, cleaning the floors (with mops and water) or feeding the homeless. Based on the state and direction of the science, innovation and technology, we will be using robots to outsource laborers in every day, not just in natural disasters. Here I see a backlash against said robo-laborers similar to those calling out against jobs being moved to India and China, and against recent immigrants taking work away from willing Americans.

Thankfully, the robots may not have feelings, or souls as yet, but they will be ridiculed. Their makers will be for sure.

Human as a Service, can we get to a liquid and contestable cloud of human capacity.

In the example above, it can be assumed that companies will own fleets of robots. Pontificate with me the notion that I may one day own a robot, more than likely a cheap, first generation robo-laborer, or if I'm affluent, a more expensive second generation unit all by myself. In a world where humans are becoming fungible, work is being broken into smaller repeatable tasks, supply and demand for work is completely flexible, and organizations can spin up and tear down teams of human capacity based on changing project demands and task requirements (think the future of taskrabbit.com, odesk.com, elance.com, etc.) Will my robot step in for me on days when I only have simple tasks to do? Man, think about the future state of working form home.

Will my robot be more of a clone of me, will I be able to program it to learn my skills/tasks (you bet I will) and will my personal robot simply be a swap in or out for me on the days where not too much thinking is needed, and only simple tasks need to be done, like create documents, make calls, write, read and summaries etc.?

I see this as a reality within reach during my lifetime, but I wonder about the social backlash. What will folks think of me and my one-on-one, outsourcing robo-laborer buddy? We have seen the negative perception of things like YourManInIndia.com and stories of professionals hiring others to do their jobs on their behalf for less then their salary. How will this be received?

I can tell you this much, my friends, I thought I was incredible lazy (and crazy) when I got my first robo-vacuum in 2003. Today over 50 percent of us own one, or tried one and broken it.