The operation was as quick as it was shocking: three French nationals, Said Kouachi, Cherif Kouachi, and Haymd Mourad, burst into the offices of the satirical magazine Charlie Hebdo in downtown Paris with Kalashnikov rifles and methodically killed the journalists inside who were in the middle of an editorial meeting. One witness counted over 50 bullets over a span of five minutes, and other witnesses who were in the immediate area ducked for cover with their cellphone cameras and recorded two individuals dressed in black challenging any police officer who got in their way. CNN, Fox News, and BBC, in addition to many others around the world, rolled the same footage of the assault over and over again in what seemed like an endless loop throughout the day -- two heavily armed men, shooting and wounding a police officer outside of the Charlie Hebdo building before calmly walking towards the man and executing him.

Only a few miles away, on the other side of Paris, two assailants barged into a kosher supermarket, killed four people inside, and took hostages before being killed by French police a few hours later. One of the suspects in the supermarket shooting claimed allegiance to the Islamic State before being killed, and called the assault on the market was reportedly timed and coordinated with the Kouachi brothers' shooting of the Charlie Hebdo offices. One suspect, a woman, remains on the run from French authorities.

Unfortunately, Europeans and Americans have witnessed this type of terrorist attack in the past. Whether it was the 2009 shooting at Ford Hood by an Army Seargent-turned-jihadist, the 2013 Boston Marathon bombing that killed three individuals, the killing of three innocent people at a Jewish museum in Brussels last year, or the killing of three hostages in Sydney, Australia only several weeks ago, the incident that Parisians experienced on January 7, 2014 is a graphic illustration of what terrorism has become in the 21st Century. Groups like al Qaeda in the Arabian Peninsula, the Pakistani Taliban, or the Islamic State no longer need to plan and execute an operation that kills hundreds at a time and knocks down buildings 110 stories high. Today, it only takes a single individual with a weapon, an intent to kill, and a willingness to die to terrorize an entire nation.

France is a country in a complete state of alert, having suffered its worst terrorist attack in half a century. But, in the globalized world that we live in, even an attack as far away as Paris can have an impact here in the United States, where a security-conscience Republican Party newly resurgent after sweeping the midterm elections last November now has a chance to strengthen an argument that the party has been repeating for most of the past year: anything that limits what the U.S. intelligence community can do is a bone-headed move nearly identical to shooting yourself in the foot. 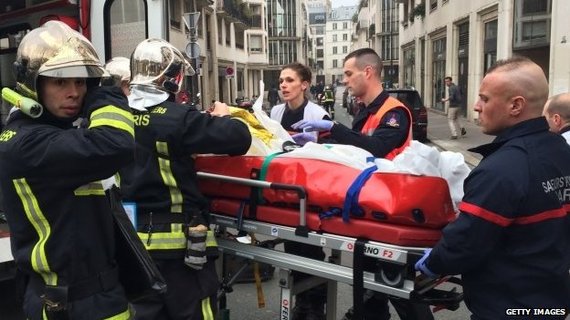 Indeed, hours after the Paris shooting occurred, Republican lawmakers took to the airwaves to not only publicly pledge support to the French during their time of need, but to make the point that the Central Intelligence Agency and the National Security Agency need all of the authority and flexibility available in order to stop a similar ambush from happening on American soil. Some, like Senate Judiciary Committee Chairman Chuck Grassley, used the occasion to take a personal swipe at President Barack Obama and his record on terrorism.

The politics of national security and the struggle between the principles of security and liberty are, and will remain, constant battles in the United States. Periods of calm in the homeland tend to have a calming effect on the American public, and when Americans are fortunate enough to escape the violence that afflicts so many others around the globe, it becomes a nuisance or inconvenience to take one's shoes off at the airport or ignoring. The NSA, instead of being of an intelligence agency protecting the lives of Americans at home and abroad, resembles something closer to a suspicious and unaccountable second-government snooping on our phone calls and watching what we spend, what we buy, and who we email. Yet, when an act of terrorism occurs, either against Americans, an American facility, or a close American partner like the French, the balance between security and liberty begins to shift in the other direction. Sure, you may want to carry a water bottle on the plane with you, but if getting rid of that bottle helps make the flight more secure for everyone, then why not throw it away in the trash?

Just as the gruesome beheadings of three Americans in Syria rallied a once war-weary public to support the deployment of U.S. troops and combat aircraft against Islamic State targets in both Iraq and Syria, the mercilessly brutal assault on the editors and cartoonists at Charlie Hebdo could have the effect of convincing more Americans that the U.S. intelligence community should at the very least keep the power and authority they have in order to detect a similar act of violence.

Senators Lindsey Graham, Bob Corker, Richard Burr, and retired congressman Mike Rogers went on television throughout the day to lobby for precisely that belief: namely, that the intelligence community must be fully functional, fully funded, and must have all the surveillance powers it needs to "connect the dots" before a similar, Charlie Hebdo-like assault happens around the confines of a major U.S. newspaper, building, or landmark. Or, as Sen. Graham's own words, "we must use this horrific attack as an opportunity to reevaluate our own national security posture. I fear our intelligence capabilities, those designed to prevent such an attack from taking place on our shores, are quickly eroding."

Remember last November, when Democrats and a few Republicans were getting ready to pass legislation that would have made it more difficult for the NSA to acquire the metadata of Americans' telephone calls? Well, in a post-Charlie Hebdo world, that legislation no longer looks as appetizing.