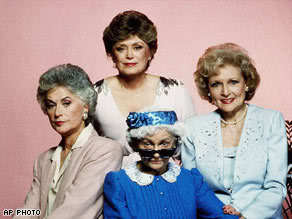 Retirement Is a Women's Issue

Pop Quiz: What's better for your bottom line, a dead spouse or an ex-spouse?

By David Rae Certified Financial Planner™, Accredited Investment Fiduciary™
- - -
A few weekends ago I had the pleasure of attending a wine tasting attended mostly by women in the "Golden Girls" demographic (or as both Blanche and Jack Benny would say, '39, again.') After a few glasses of wine "tasted", the question of whether it is better for a woman of a certain age to have a "dead husband or an ex-husband" came up. Taking both emotional and financial factors into consideration, a significant majority said they'd prefer to be widowed to being divorced in their later years.

One of the husbands at the party weighed in with, "I think I'm worth more dead than alive." And one of the ladies agreed with the proviso, "It depends on how much life insurance he has".

The Golden Girls - with three deceased and one ex-husband between them - would agree. While the show's three widows - Blanche, Rose and Sophia - were past the grieving stage, the ever-annoying Stanley Zbornak continued to be a thorn in Dorothy's side for much of the show's hilarious run. As to whether it's better to have a partner dead as versus one to whom one is unwed, my opinion is that it very much depends on the man involved.

But I do have a strong opinion about how critical it is for women, single or married, lesbian and straight alike, to have a viable financial plan for their own retirements even if they are comfortably married at present or currently thriving as a singleton. And, as they have a few times before in other posts, the Golden Girls can help us out here too with a sobering dose of reality between the laughs of the retirement challenges facing women.

1) Widows Blanche, Rose and Sophia remind us that women often live longer than men. It's a demographic double whammy; not only do women live longer than men but back in the day, their grooms tended to be older as well. This means that after a husband passes, a healthy woman could actually live for a few more decades longer on her own. In real life for example, the beloved actress Betty White (portrayer of Rose) is still going strong at 94 and has been a widow since 1981 (that's 35 years!).

2) None of the Girls have near the earning, saving and investment power that their husbands did. The role of women as breadwinners has grown exponentially since the Golden Girls first aired some 30 years ago. However, even today women are still paid less than men in equitable positions (78 cents to a man's dollar according to a White House report . . . and often they're denied access to those positions. Golden Girl Dorothy was the most career-oriented of the bunch, bringing in the bacon as a substitute teacher. But the others only worked odd jobs here and there to bring in 'pin money'. What this all means is that the less the earnings, the less ability for savings (for retirement or otherwise).

3) Women may end up with less Social Security. Simply put, the less money you make, the less you will eventually receive from Social Security (though if you happen to have an ex or deceased spouse, you may be entitled to collect off their earned benefit.) The difference may seem small early in retirement, but if you pull a Sophia and live to what must be 100 years old (what demographers are now calling the 'old old'), this can be catastrophic later in life when you need the money the most.

4) Dorothy, with both mother Sophia and kids making demands on her, is a perfect example of the sandwich generation before it was a thing. The backstory is that after suffering a stroke, Sophia is put in "Shady Pines" by her daughter Dorothy. After making a miraculous recovery only possible on TV, Sophia comes to live with the Golden Girls. While the show does allude to some of the difficulties of caring for an aging parent, the reality is a lot more difficult than a sit-com quipfest. Being the caregiver of an elderly and/or sick relative, particularly when one is facing aging issues oneself, can take a serious toll on the finances, health and wellbeing of even the most loving and devoted daughter.

My new wine tasting friends discussed all the points above along with some words of wisdom for the generations of women to follow; your retirement isn't going to just take care of itself. Being able to live comfortably into an advanced age (and surrounded by your own posse of Golden Girls, we hope) isn't something that's going to happen by itself. The time to start planning is now.

Until next time, as always my friends, Be Fiscally Fabulous!

DAVID RAE, CFP®, AIF® is a Los Angeles-based Certified Financial Planner with Trilogy Financial Services. He is a leading voice of financial planning for the LGBTQI community, and has been helping people reach their financial goals for over a decade. 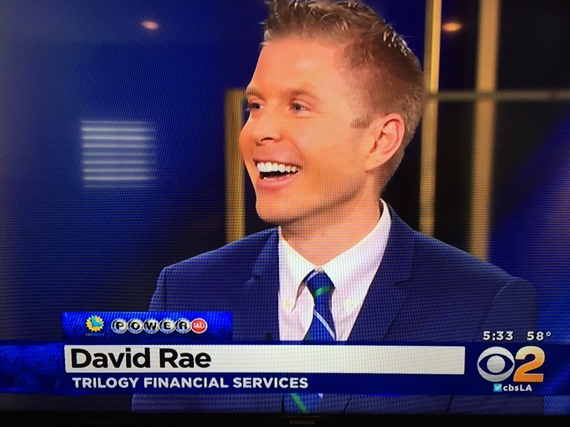