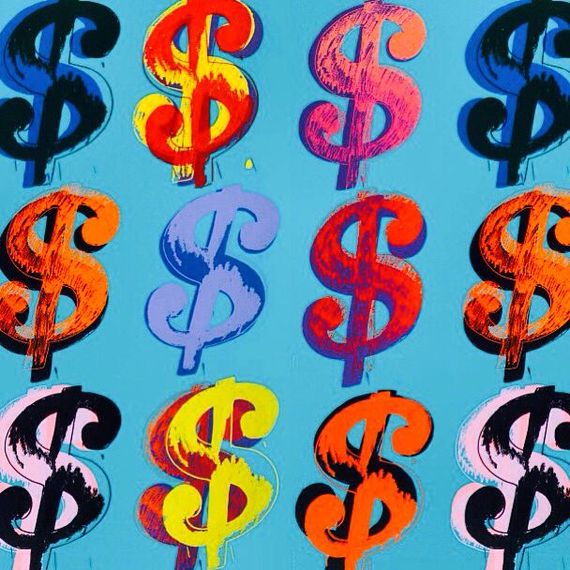 Within the past 5-10 years, all eyes have been on Los Angeles as the new hot-spot for exciting growth in the art market. The location has quickly become the 2nd largest art market in the United States, after New York. People are drawn to the art community for its expansive spaces, laid-back vibes, and strong community of alumni from prestigious California-based MFA programs (the beautiful weather helps too!). But is this enough to become a mecca art center like New York?

The NY art world has roots that run deep through art institutions, collectors, and artists throughout centuries, and has remained the location for game-changers throughout the market. In 1973, the famous Scull sale at Sotheby's Parke Bernet catapulted the contemporary market to stardom while re-defining ideas of art and profit. Gallery magnates like David Zwirner and Larry Gagosian have created blue-chip galleries that operate like corporations and have expanded across the world. Emerging artist communities and artist collectives have grown in areas like Lower East Side and Bushwick, expanding the art market's reach from Chelsea and the Upper East Side. In regards to art fairs, NY remains the epicentre of the commercial art market with the most galleries present at the top 40 fairs in the world (taken from the International Fair Report published by the Art Newspaper and Momart. However, according to Ann Philbin, the Director of the Hammer Museum, "while New York remains the commercial hub for the art market, emerging artists and recent art school graduates are increasingly migrating west"," as stated in the New York Times article entitled Los Angeles and Its Booming Creative Class Lures New Yorkers.

LA is growing to become more cosmopolitan and the art community, which doesn't limit itself to fine art and includes all creative professionals, is surrounded by the energy and excitement of collaboration and re-defining the U.S. art market. The LA gallery and museum worlds are colliding with traditional perspectives of collectors and artists. Established NY gallerist Gavin Brown collaborated with the artist Laura Owens to open 365 Mission in 2015, a huge exhibition space that encourages accessibility of art to the public and has a warm presence in the burgeoning Downtown community. Galleries like David Zwirner and Gagosian have spaces around the country and beyond, with expansion slowly creeping up towards San Francisco with the recent opening of Gagosian San Francisco. Another gallery, Sprueth Magers, passed up NYC entirely to open its first U.S. space in LA in February, complementing its Berlin and London spaces. The huge spaces, cheaper rent, and relaxed environment are all a breathe of fresh air when compared to the high rents and sometimes chill atmosphere found in some Chelsea galleries.

In addition, art institutions and fairs in LA are blowing up. Los Angeles County Art Museum ("LACMA"), The Broad Museum, Museum of Contemporary Art LA ("MoCA"), the Hammer Museum, the J. Paul Getty Museum, and Art Los Angeles Contemporary ("ALAC") are just a few of the institutions that have helped facilitate the growth of an organic art community, with collectors like Eli Broad single-handedly funding huge portions of that growth.

One could also say that the emergence of arts & gallery districts in places like Silverlake, Culver City, and Downtown are replicating the established arts districts in NY like Chelsea and Lower East Side.

LA certainly brings something new to the table, but it may not overtake the established NY market as much as it creates its own exciting and original art space for the exciting art community.