I relaxed into the oversize plush leather chair that adorned the hotel lobby and breathed a sigh. It had been a long week and I was exhausted after leading my team through a conference in Phoenix, AZ. My phone buzzed with notification that I had a new facebook message - this one from my public facing Facebook profile.

I ran for Congress in 2010. During the election, my staff created a public Facebook page for my candidacy that I later inherited and now run. I continue to use it to support my non-profit, No One Left Behind, among other things.

As I read the message I sighed, "No...not again..." It was from a very angry man in West Virginia. He claimed that I had been secretly engaged in an online affair with his wife and that he would no longer stand for my contacting her or my repeated attempts to get her to send me money. He was threatening legal action and a solid ass kicking if I didn't immediately comply. 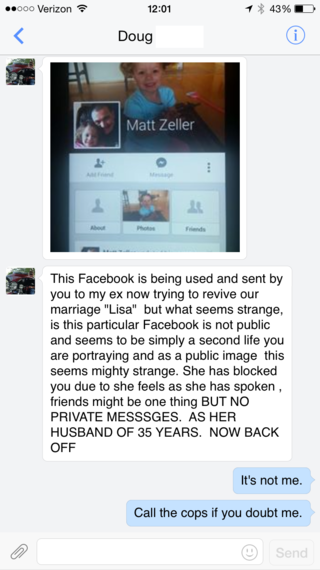 It took me taking a photo in front of a sign that had that day's date and my exact location (a hotel in Phoenix, AZ) to convince him that I was not the "Matt Zeller" who was currently in Afghanistan and "fixing to deploy to Africa." 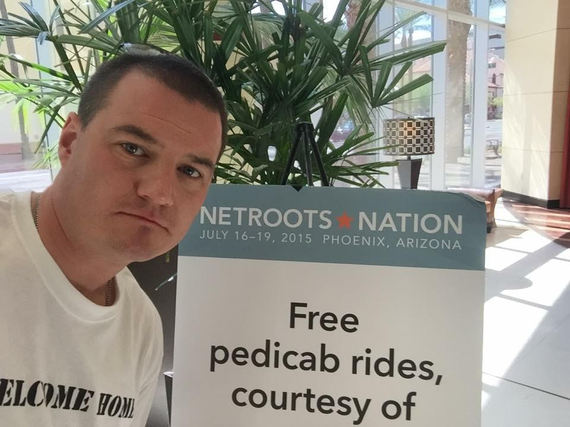 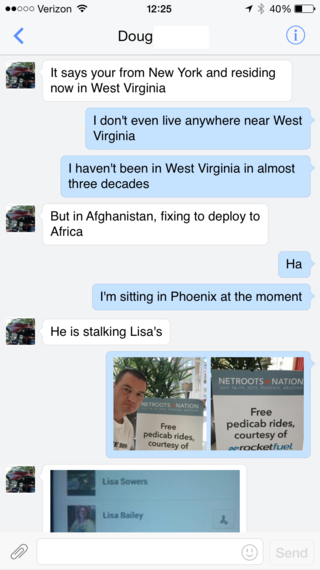 Convinced I was now also a victim in this odd event, he asked what we could do to get this guy. I told him like I tell all the others - report him to the FBI and Facebook.

The problem is, the FBI admits they do not have the manpower to prevent or stop this type of identity theft scam and Facebook will only go as far to delete pages being used for nefarious purposes. I've had Facebook remove 15 in just the last two weeks. Many have been created using my pictures (stolen from my Facebook page). Here are three I found while writing this blog: 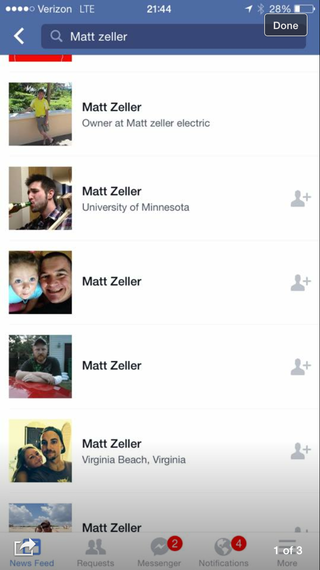 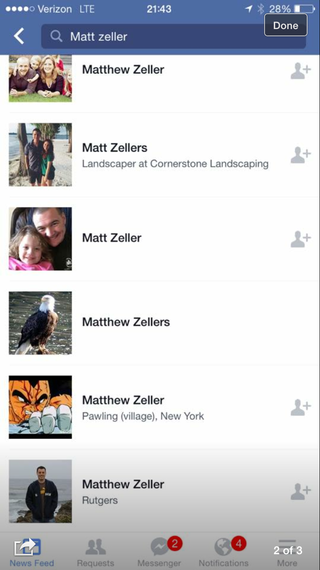 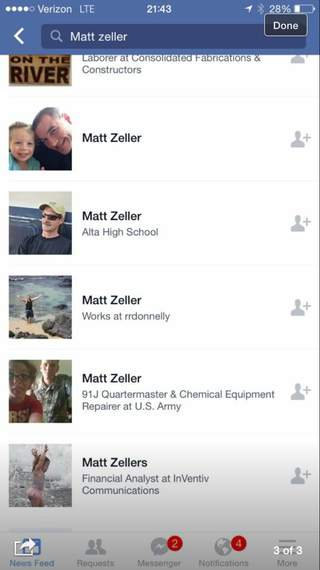 But I can't remain forever vigilant searching for fake accounts using pictures of me and my daughter. So I asked Facebook to verify my account - but they denied my request and provided me with the standard corporate jargon for "don't care, not our problem." 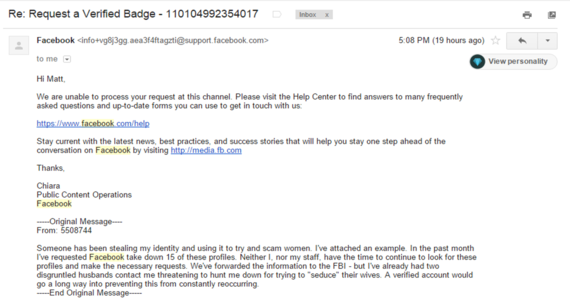 In the grand scheme of things, this is not that big of a deal. Identities get stolen all the time. And, normally, people are generally very nice about it once they realize I too am being victimized. 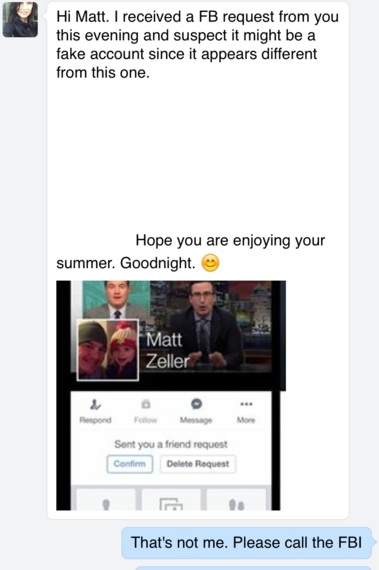 But what happens when the next disgruntled husband decides to not confront me online but in person? I've got a young child - what if they are with me when confronted? These are questions I do not want to even have to contemplate, yet here I am, wondering if the authorities can't or won't protect me, who will?

As online and real life continues to blend, these are questions I fear we will often confront - esp. as we live in an era where it seems everyone truly does at some point get their 15 minutes of fame (whether they want it or not). I don't have any good solutions - other than to write this blog in the hopes that a future potential victim will google my name, see this article, and know its a scam - but it'd be nice if Facebook would verify my public account. It's this page and not any of the other ones pretending to be me.

In the meantime, if you get something like the following from "Matt Zeller" I can assure you its not me: 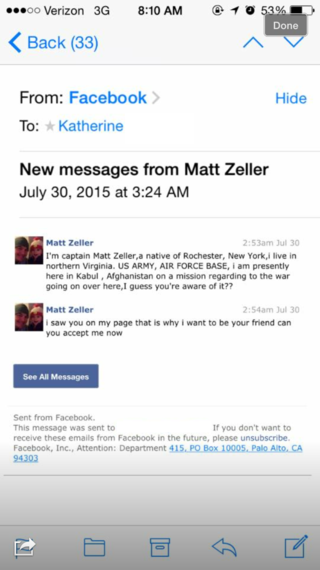 Don't send them money. Don't engage. Just report them to Facebook and the FBI. 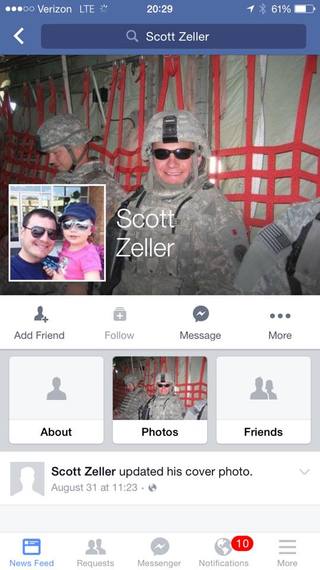 Once again I was contacted by another victim claiming to have been scammed by a profile similar to the one above. I did a quick search for "Scott Zeller" and found 15 fake me's.

This time, Facebook did me a solid and verified my account without me even having to ask. I simply reported the 15 fake accounts and 24 hours later found my account had been verified. I am honestly very impressed and thankful - seriously awesome customer service. 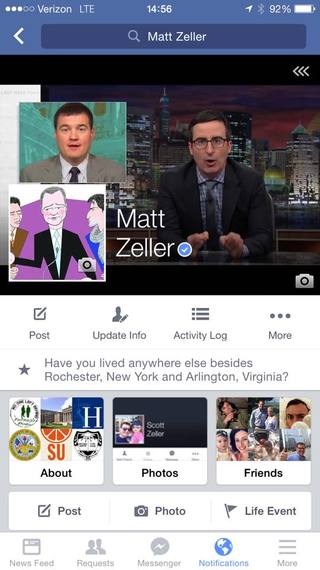 So, if you don't get a message from that account (with the little blue check mark next to my name), its not me.