(RNS) Now that Boy Scout delegates have taken their long-awaited vote and permitted openly gay Scouts, will there be a mass exodus by religious groups?

It depends on who you ask.

The Assemblies of God is certain there will be.

“We believe that the BSA policy change will lead to a mass exodus from the Boy Scout program, as Assemblies of God and many other churches can no longer support groups that are part of an organization allowing members who are openly homosexual,” the Pentecostal denomination declared minutes after 61 percent of delegates to a Boy Scouts of America meeting voted Thursday (May 23) to change the policy.

But R. Chip Turner, national chairman of the BSA’s Religious Relationships Task Force, hopes not. He acknowledged there will likely be fewer units, especially among religious groups, which have comprised about 70 percent of BSA sponsoring organizations.

“We’re absolutely not telling them you have to endorse homosexuality,” he said. “You may not deny that membership based on that one characteristic.”

Other conservative leaders, including Liberty Counsel Chairman Mat Staver and Southern Baptist ethicist Richard Land, are using the “mass exodus” terminology about the change that goes into effect on Jan. 1, 2014.

“I think there will be an immediate exodus,” said Roger “Sing” Oldham, spokesman for the Southern Baptist Convention’s Executive Committee. “I don’t know how large that immediate exodus will be, but then I think there’ll be a continual attrition over time.”

John Stemberger, who led the charge against a policy change as the head of the group OnMyHonor.net, plans to gather supporters in Louisville, Ky., in June to consider starting an alternative “character development organization for boys.”

Both the Assemblies of God and the Southern Baptists have alternative programs that could attract members who are thinking of leaving the Scouts. The Assemblies put its statement on the website of its Royal Rangers, which includes boys in kindergarten through 12th grade. Oldham said some churches have been contacting the Royal Ambassadors program, which is run by the SBC’s Woman’s Missionary Union and includes boys in grades 1-6.

But other prominent religious groups are standing by the Scouts.

The Church of Jesus Christ of Latter-day Saints, which sponsors more BSA troops than any other organization, “will continue to sponsor Scout units for its congregations in the United States,” said spokesman Eric Hawkins. He does not expect any to disband.

United Methodist Scouting officials, the BSA’s second-largest sponsor, are continuing to support the BSA after the vote, along with other youth organizations.

The National Catholic Committee on Scouting said it hopes to maintain a relationship with BSA but will be conferring with bishops and diocesan Scouting committees about how the policy change will affect their activities. The committee noted: “Open and avowed homosexuals promoting and engaging in homosexual conduct are not living lives consistent with Catholic teaching.”

Some individuals, on the other hand, already say they are going rather than grappling.

“As of now, I will no longer associate myself with the Boys Scouts and would work to promote the creation of Columbian Squires with every Knights of Columbus Council,” said Albert Bryson, a local leader of the Catholic fraternal group in Parkesburg, Pa., referring to a Scout-like group it sponsors.

“Our family are evangelical Christians,” said Mari LaCom, who attends a congregation of the Evangelical Free Church near Chatsworth, Calif., and expects her son will no longer pursue the rank of Eagle Scout.

“This is the reason our church will no longer be chartering our troop or have Scout Sundays. What do gay Boy Scouts grow up to be? Gay Boy Scout leaders.”

But religious supporters of the BSA vote say they are celebrating — and expecting more progressive congregations to sponsor Scout troops — while holding out hope that the Scouts eventually will approve gay leaders.

“It’s a good message to say youth are youth and can be involved with Scouting, and the difficult part is does someone suddenly become immoral and unable to serve once they turn 18?” asked Ross Murray, director of news and faith initiatives for the pro-gay organization GLAAD.

The BSA did not see that as an immediate agenda item: “There are no plans for further review on this matter,” it said, noting it did not want to “be consumed by a single, divisive, and unresolved societal issue.”

The Rev. Mike Schuenemeyer, the United Church of Christ’s executive minister for gay and lesbian concerns, said he expects more UCC congregations to get involved in Scouting. But he hopes houses of worship with less progressive stances also will continue their Scouting support.

Will There Be A ‘Mass Exodus' Of Religious Groups From The Scouts?
Church-Based Boy Scouts Alternatives 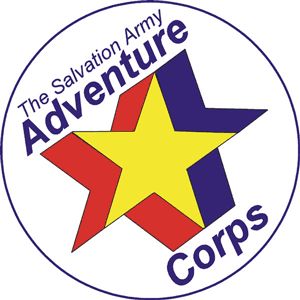