As campaigns and volunteers hone their final electoral messages, the best flier I've seen asks a simple question -- "Will They Get What They're Paying For?" Created by the Washington State Labor Council, and proudly bearing their name, not that of some shadowy front group, it portrays a check from the US Chamber of Commerce to Republican Washington State Senate candidate Dino Rossi. Notes in the memo field remind us of Rossi's positions: Lower minimum wage, repeal Wall Street reform, offshore U.S. jobs. Below the check is a field of corporate logos: BP, Fox, JPMorganChase, Walmart, AIG, Philip Morris, Citigroup, Pfizer, McDonalds, Comcast, AT&T and more. The relatively conventional back contrasts Rossi and Senator Patty Murray on key economic issues, stating "Dino Rossi works for them. Senator Patty Murray works for us."

Those angry at endless compromises may dispute whether Democrats have gone to the mat enough for ordinary citizens. But they must be measured against candidates who will delightedly play the role of wholly owned subsidiaries of the most rapacious corporations in America, and groups like the Chamber that give them political cover. There's no comparison between most on the Democratic ticket (excepting a handful of corporate-backed obstructionists, such as Blanche Lincoln) and their hard-right Republican opponents. So the flier's question is key: Who's paying the campaign bills? What will they expect in return? Whose interest will the candidates serve once elected?

I've seen no other piece that sums up the election issues as powerfully, and would love to see organizations and candidates adapt its template for their own outreach. The creator, WSLC staffer David Groves, is delighted for people or organizations to do this -- no permission needed. In the wake of Citizens United, with corporations pumping in unprecedented levels of dollars through shadowy front groups -- like the US Chamber of Commerce (a completely separate organization from your local Main Street Chambers, despite trading on their credibility), the Koch Brothers' Americans for Prosperity, and Karl Rove's American Crossroads -- we need to make their spending the salient issue in every message we put forth. This issue encompasses all others. As I've written earlier, nothing gets as strong a response when I've canvassed as directly challenging this hostile takeover of our democracy. And no other approach creates as great a chance that all the anonymous attack ads will backfire. Adapting the message of this flier would be a powerful start. 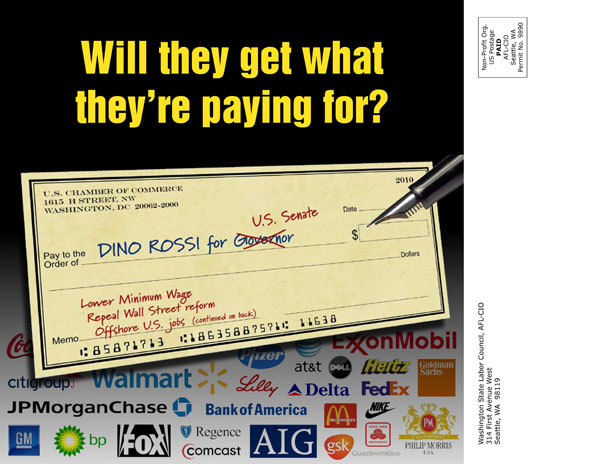 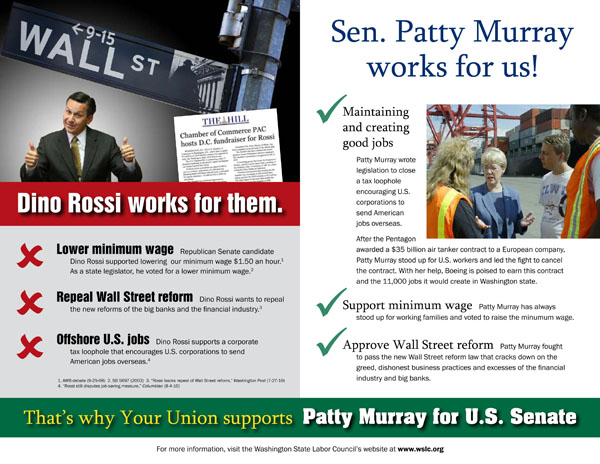 Paul Loeb is the author of the wholly updated new edition of Soul of a Citizen: Living with Conviction in Challenging Times (St Martin's Press, April 2010), and The Impossible Will Take a Little While: A Citizen's Guide to Hope in a Time of Fear, which the History Channel and the American Book Association named the #3 political book of 2004. See www.paulloeb.org.