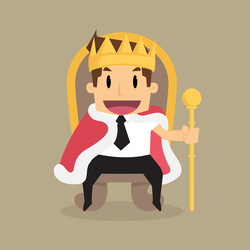 Imagine my dismay this week to discover that one of the Big Five houses has a policy that bars its authors from endorsing print-on-demand books. Sadly, it's not surprising. Traditional publishing actively works to position itself against nontraditional publishing yet has no issue whatsoever with scooping up self-published success stories. Double standard? Yes.

I've written previously about discrimination against POD here, and against independently published authors here, but this takes things to a whole new level.

That a traditional publisher would institute a policy against blurbing POD books suggests a few things:

1) They're equating print-on-demand with self-publishing. Inaccurate. Many self-published books are not print-on-demand, and many traditionally published books are flipped to POD status, oftentimes as soon as a year following publication. During my years at Seal Press, I sat in on countless meetings where we decided, based on sluggish sales, which books should become print-on-demand, since it makes no business sense whatsoever to reprint 500 books (what offset printing requires to benefit from economies of scale) for titles that aren't moving. And I know for a fact that the big houses practice this as well.

2) They're operating from the worst kind of scarcity mentality. They must believe that endorsing POD (or self-published) books will shine a negative light on their authors. Guess what, Big Five--you are shining a negative light on yourselves with your own acquisitions choices: turning Duck Dynasty into a literary dynasty and publishing such standouts as Growing Up Duggar (even before the recent scandal, this should have been red-flagged as a problem book) and Fifty Shades of Grey (which admittedly made Random House tons of money, but does anyone really think this was a good series?).

Peruse the deals listed on Publishers Marketplace any given week, and you'll cringe at some of what the big houses are buying. I'll never forget what one New York literary agent said to me back when I worked for Seal Press about a book she'd sold to a big house that she knew had little literary worth: she called it "cannon fodder." So help me, god, I thought, the day I acquire something I consider cannon fodder should be the day I get up and walk out. To this day, I've never felt that way about any book I've acquired or published.

3) They're distancing themselves from their own bad decisions. Simon & Schuster has a self-publishing imprint called Archway, run by Author Solutions (of very questionable ethics who've been sued by authors and whose track record you can Google), which, awkwardly and oddly, is owned by Random House/Penguin. (Apparently Simon & Schuster has no qualms about the self-publishing arm of their business being owned by their biggest and direct traditional competitor.) One of the great promises of Archway is that you might get published by Simon & Schuster--if your book sells well enough. But their traditionally published authors apparently can't and won't blurb you. So there you go--you're the pissed-upon little sibling. They happily run a self-publishing imprint, but they do whatever they can to distance that "subset" from the preferred children.

I wish I could just take a breath here to calm myself, but I'm angry. Why? Because this information came from a traditionally published author after she'd already agreed to blurb a book that my hybrid press, She Writes Press, is publishing. She checked in with her editor, who pulled the plug. And it's clearly not because the book, which we intend to print offset, is POD. Instead, the traditionally published author said, it boils down to a difference in values, because she fundamentally believes that publishers should invest in authors, and that authors should not invest in themselves.

I started She Writes Press with the goal of being transparent about what we do and how we do it: the author pays to publish but retains drastically higher royalties. For years I have witnessed traditional houses cutting all kinds of creative deals--where authors pay production and print runs; where creative royalty splits are negotiated. This is not new. And yet being up front about it automatically classifies us, in some people's minds, as "vanity press," a term I despise, by the way. That traditional publishing is actively engaged in undermining emerging and valid models by slandering them propagates a lack of transparency in the industry. As one fellow publisher (who cuts hybrid deals) recently told me, "We don't like to advertise it, because, you know, of the stigma." I suppose the author who invests in herself behind closed doors qualifies for endorsement consideration without having to justify her process.

I've been arguing since the conception of She Writes Press that what should matter about a book is how well written it is--not the author platform or brand or how many followers a would-be author has. And yet, from a business perspective, of course it makes sense that this is what publishers today must focus on--or risk decimation. I left traditional publishing after a particularly symbolic experience, when I was actively discouraged from acquiring a book I believed in wholeheartedly but then met with excessive enthusiasm (and a large advance to back it) for a proposal propelled by a fancy agent, celebrity endorsements, and a whole lotta hot air. It wasn't cannon fodder, and it ended up doing well for the company, but I'd compromised. I left three months later.

If you are asked to blurb a book, what should matter is whether you believe in it. If you don't, you don't blurb it. If you care enough about the author or the book, you offer your endorsement. End of story. It's your choice. A blurb is a gift to the author. Authors do not pay for blurbs. They work hard to get them because the industry tells authors that they matter, that they sell books. She Writes Press authors have scored amazing blurbs--blurbs from New York Times best-selling authors and champions of people's dreams. A publishing company, in my opinion, does not have the right to mandate whom its authors advocate in an attempt to control its reputation or to distance itself from "the other." To do so smacks of elitism, one of traditional publishing's lasting and detrimental flaws. We've already arrived at a place where people judge books on the writing, not on how those books make it into the marketplace. It's time for traditional publishing to catch up, to pull its head out of the sand. That it's lost sight of publishing's mandate--to champion good books--speaks to its values. And those are values I certainly don't share.