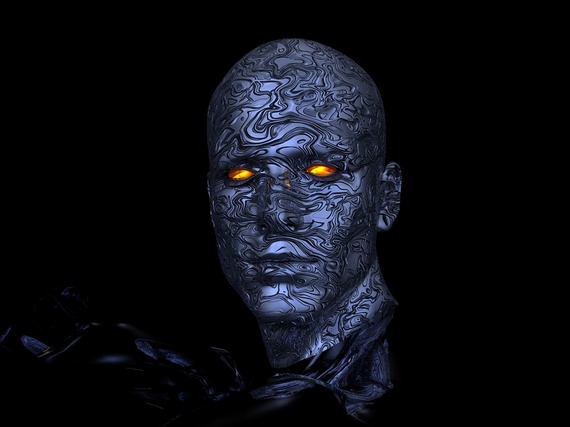 Despite decades of progress, racism and bigotry are still prevalent in the United States. Often, they even dominate the news in American media, like during the Baltimore riots or the Ferguson shooting. Movements like Black Lives Matter remind us that the society we live in still has many biases to be fought against, but that good work can be done to combat bigotry if people unite against it.

Despite this, the quest to find true equality in the world is about to get more complicated. It's possible the ability to completely change skin color may arrive in the next 15-30 years. Like a chameleon, expect humans to literally change their skin color soon through coming technologies--most that will probably be based on genetic editing.

Already, humans have the technology to change the color of eyes and choose the sex of their offspring. But on the horizon are new techniques--based on CRISPR technology--that may permanently or temporarily alter the melanin in our skin (the pigment mostly responsible for its color). And like some characters in the X-Men film series, we may even be able to do this in real-time someday.

Transhumanists with Do-It-Yourself CRISPR kits are already experimenting with the technology. But few formal scientists have dared to question how and if CRISPR may change race issues in the future.

In a conversation with CBS News, Dr. Arthur Caplan, founding director of the division of medical ethics at NYU Langone Medical Center's Department of Population Health, evaded the question:

CBS News asked: Does that mean scientists will be able to engineer changes to eye or skin color, or give people mega-strength?

Maybe, said Caplan. "I think it's reasonable to presume you could tweak things for strength, more muscles, endurance, or to be able to run or travel further." You might be able to enhance memory, to make a person able to retain more or learn faster, he said.

Someday, he said, "I think you could tweak genes that would allow you to perceive more. You might be able to see more like a bat, sense more of the radiation spectrum. See ultraviolet light and parts of the energy spectrum we don't see but that other creatures do. Eagle-eye vision."

"You could certainly make people more disease resistant, less likely to get a cold or the flu. Or to fight off MRSA or E. coli -- build up their immune systems. Enhance them so they could enjoy more pleasure. They've been doing a teeny, tiny bit in animals," said Caplan, who will lead sessions on ethical and regulatory issues of gene editing in animal research next week in Washington, DC.

I don't blame Caplan for not answering the loaded part of the question from CBS. It's a thorny subject to think that a technology we already have in our hands can literally change the very physicality of our beings.

Of course, it's not just changing skin color that's controversial. There are transhumanists who want to grow tails, horns, and even fish gills so they can breathe underwater. And some are already trying to do it. My favorite experiment of transhumanists is the attempt to create photosynthesis capabilities in their bodies--in an effort to feed themselves for free and end world hunger by getting energy directly from the sun.

These new citizen scientist experiments go under the banner of biohacking--and it's quickly become one of the fastest growing aspects of transhumanism. Many biohackers are millennials and aiming to revolutionize what it means to be human.

Biohackers also make me think of the original Star Wars movie where Luke Skywalker first meets Hans Solo amongst a plethora of strange-looking creatures in a rough bar on planet Tatooine. Such a scene in real life is no longer just possible, but likely now given CRISPR technology.

I'm guessing that genetic editing techniques and bionic fabrication will allow us to do things to our bodies we never thought possible. In fact, with the growing of neuro-technology advances, there is now even talk of adding a third eye on the back of the head in biohacker communities. Some blind people have robotic eyes that already enable them to see. 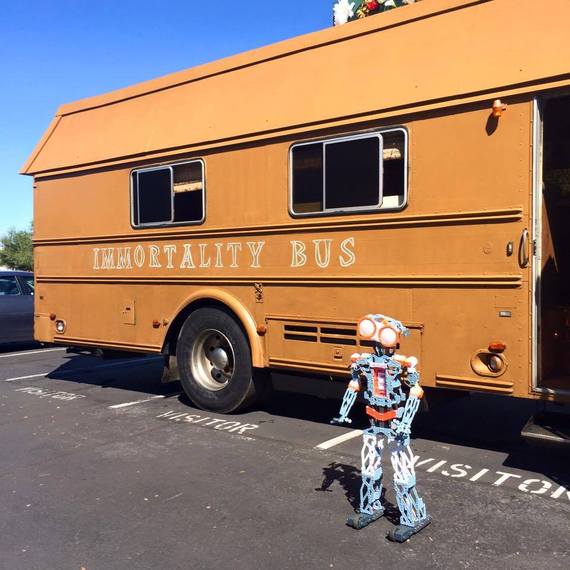 If you're asking yourself if this is all ethical, the real question is: Why isn't it ethical? Transhumanists believe we should be able to do anything we want with our bodies so long as it's not hurting others, a staple of the newly written Transhumanist Bill of Rights.

Bear in mind ideas like this have long been underway already. For example, transgender surgery has become more common. And 3D printed body parts also are being used to help people in need. And many older persons are already a cyborg in some way or another, having artificial hips, dentures, or something else synthetic in them. I have a RFID chip in my hand that allows me to start a car without keys.

All these technologies and advances aside, the Tatooine bar in Star Wars highlights another aspect of future racism--that of droids versus biological creatures. In the bar, the bartender--upon seeing Luke Skywalker with C-3PO and R2-D2--shouts: "We don't serve their kind here."

Robots are just about to make their entrance into the world in a big way, occupying households, helping with chores, and teaching our kids mathematics. In fact, on my cross country presidential campaign bus tour, I traveled with a 4-foot robot onboard. Everyone loved the machine, but if they had known it was videoing everything, would they still be as enthused?

Some of these issues were brought up recently with Google Glass, where resistance was met with the technology in public. I also own this device. People always give me strange, cynical looks, especially if I wear my Google Glass into a restaurant or at a non-tech conference.

Through the use of new technologies, society will have to grapple with continued forms of bigotry in the everchanging landscape of being human. But skin color may soon not be the dominant theme of racism, but rather the choice of what appearance we choose to reveal ourselves. I hope the diversity that technology gives us on who to be will make us far more accepting of each other and our multitude of personalities and behaviors.