You cannot prepare for it. Your expectations may never match the reality. Willem Dafoe has played vampires, monsters, goblins (of the green variety), pervs, psychotherapists, bikers and counterfeiters running wild in Ronald Reagan's America, and even that kinda conflicted Christ guy. Now, in a very big movie about that other J.C. -- John Carter -- he plays Tars Tarkas, a towering green six-limbed martian. But here's the thing about Mr. Dafoe: He's... he's... 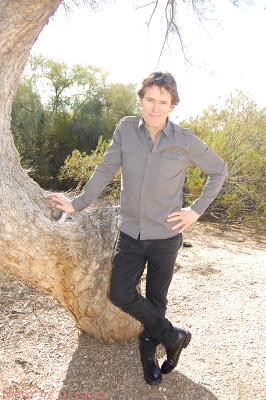 I sat down with the man called Willem, and began by reading to him a brief passage from Edgar Rice Burroughs' A Princess of Mars, upon which Disney's John Carter is based:

I saw Tars Tarkas rise to speak, and on his face was such an expression as I had never seen upon the countenance of a green Martian warrior. It bespoke an inward and mighty battle with self, with heredity, with age-old custom, and as he opened his mouth to speak, a look almost of benignity, of kindliness, momentarily lighted up his fierce and terrible countenance. 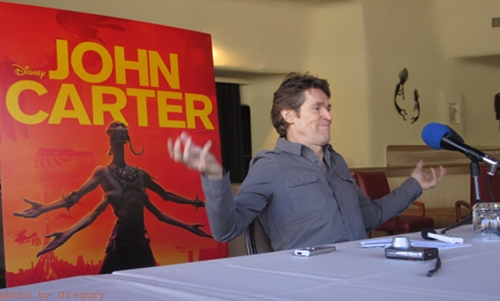 I ask how that description of the Martian "Thark" and eventual "Jeddak" (first published a hundred years ago, in 1912) compares to Mr. Dafoe's experience of playing the character in a very high-tech, alien, yet remarkably human interpretation.

"Well, I hope there's some of that in the movie. It's really good. One of the beautiful things about Tars Tarkas is that conflict: he's kind of damned either way. Because here he is, this leader, but he has this inner feeling that he's leading the people in the wrong direction. And he's supporting a culture that's declining. But if he expresses his concerns, or he tries to assert some of these inner feelings, he probably won't be around much longer!" He laughs. "He sounds like a politician!"

Does Mr. Dafoe have an analogue in his own experience? "Nothing directly. Often, when you're conflicted about something, one of the problems is, how much do you ride it out to survive, to change it later? Or how much is that a certain kind of corruption that you don't wanna buy into, so you make a stand and you don't worry about the consequences? You do what you think is right. This is a recurring theme, I think, for us all." 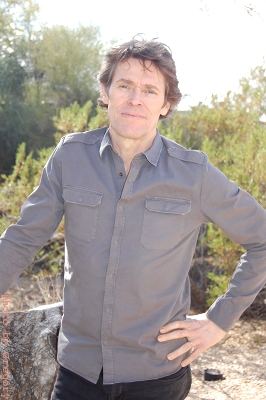 I bring up his rich rogues gallery of roles, including even his sexual manipulator in Auto Focus, which brings an amused chuckle, as he notes that we're presently in Scottsdale -- where that film's subject, Hogan's Heroes actor Bob Crane (played by Greg Kinnear), died.

"I think that conflicted characters are the best characters," Mr. Dafoe opines in measured tones. "They are the ones that we all relate to, and through them we see ourselves, and it gives us a sense of..." he searches for the word. "Community!" he laughs again.

"And it lets us know that if we tackle these things, it may not kill us," he adds.

When I commend him on this philosophy, he broadens the topic: "All good stories are stories where we can recognize that everybody struggles, and for me those are the inspiring ones, you know? That everybody has a hard time, and where you come together around basic problems, in dealing with ways to survive this life in a pleasant way -- that's what culture's for."

I ask Mr. Dafoe if he approaches a role perceptibly based in reality differently from one based in fantasy (such as Tars Tarkas, which he performed on stilts, and in which he's completely manifested as a digitally-animated character, yet he practically owns the movie). Does his method differ?

"I think you approach them with what you have," he offers, "with the brain you have, with the psychology that's available to you. With the body that's available to you. That's all you have. What you can do, is sometimes you can put your hands into a condition that forces you to go beyond what you have. But the only way you can do that is to find those situations. I occasionally let those happen, and those are, of course, the best ones, because then you're able to do things that you couldn't even imagine." 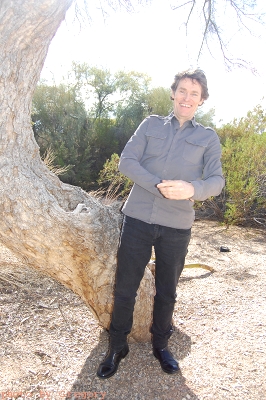 I attempt a curve-ball (albeit a sincere one): How does a boy from Wisconsin decide to become an actor? (And, eventually, wind up a verdant Martian giant, with tusks.)

"Uh, he doesn't," Mr. Dafoe firmly clarifies. "He doesn't. He goes from situation to situation, and people to people, and he wakes up one day, and he's 56 years-old, and he says, 'You know what? I've been doing this for a while. I guess I'm an actor!'" He laughs again. He has a very kind laugh.