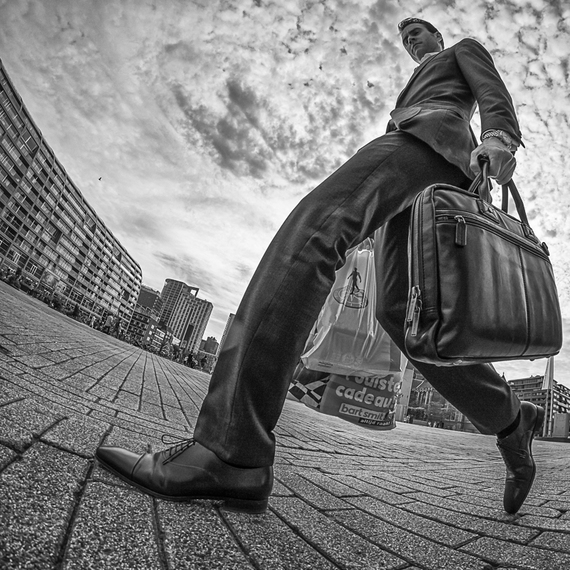 Willem Jonkers is not quite your average street photographer. His work is rather unique. Although he chases many of the same subjects as the other few million street photographers out there, he does so with an 8mm fisheye lens. This slight deviation from the normal street photographer setup allows for some interesting work. Although it does also run the risk of becoming a sort of gimmick. Too much of this might indeed be a bad thing. But for now, Jonkers is pumping out some photography that I find engaging and fresh. It's a much needed change in the world of street photography - a world that is quickly becoming polluted with sameness. 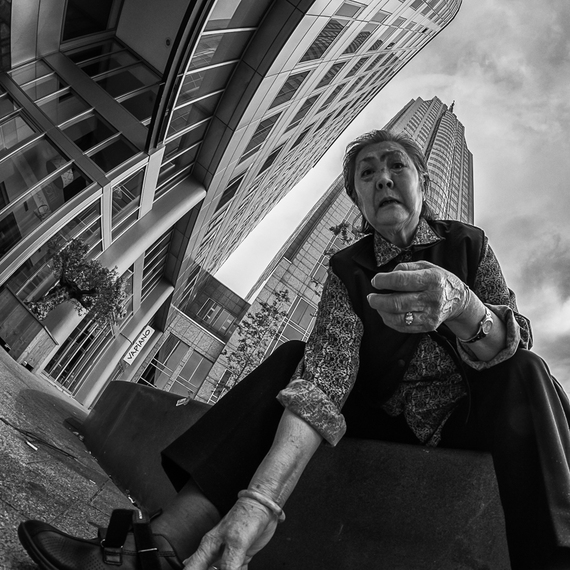 I asked Willem to tell us a little more about himself and his work. Here is Willem Jonkers in his own words:

After a experiencing a rather complicated life, I found my peace, together with my wife, Sandra, when we moved to Rotterdam early in 2005. Together we took on street photography (how awesome is that, to share a hobby with your spouse). What street photography is exactly, I cannot define. I just like photographing people on the streets - people that would otherwise not be noticed, like most of us. 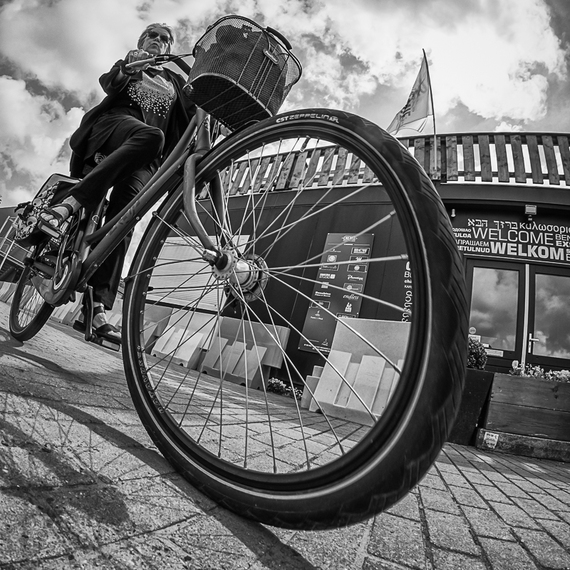 I started out with a 23mm and a 14mm prime, but quickly came to the conclusion that those lenses pushed me too far back from my subjects and my frames were like the many we see all the time. About a year ago I met Steven Gonzalez on Facebook who was using an 8mm fisheye on the streets and thought it was very interesting. This inspiration enabled me to take my urge to get closer to the extreme. 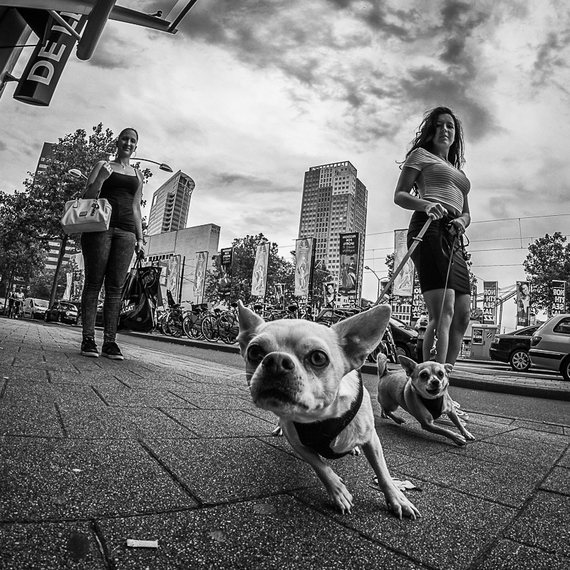 Nowadays I feel at one with that lens. It gives my subjects the stage I think they should have and how I envision them in the final photographs. By shooting at distances of sometimes less than one foot, my subjects fill the frame completely, but still with a good sense of the surroundings they are moving around in because of the wideness of the lens. The intended distortion of a fisheye lens makes that framing possible.

Very often I photograph just right in front of someone's feet from a very low angle and you'll get that "Gulliver" effect which gives my subject that 'greatness' in my frames. On the subject of gear, it's my opinion that gear will not make you a photographer. Vision does. Gear is a tool to make you display that vision. It has nothing to do with expensive cameras or lenses. My camera is a Fuji X-T1. It can handle very high ISO values, which I need in order to use very fast shutter speeds and still keep a high quality RAW file without too much noise. 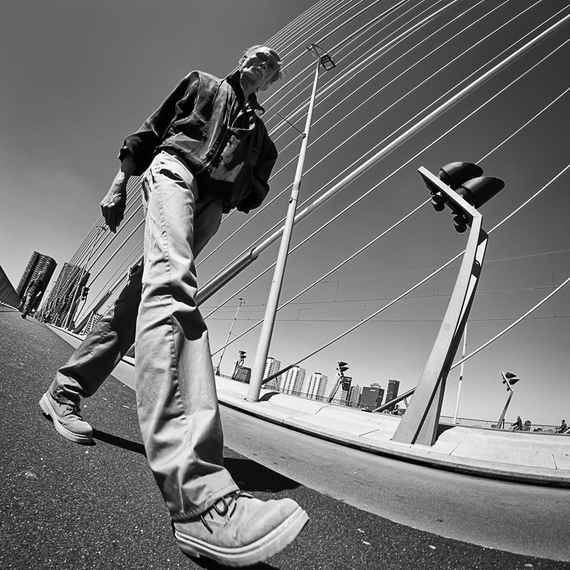 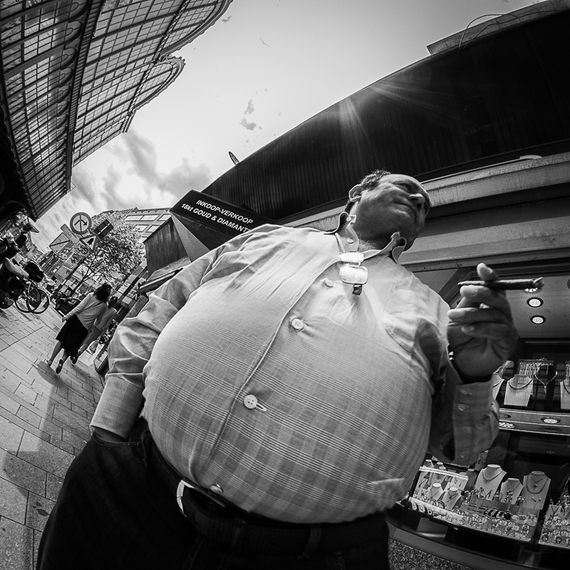 Getting spotted doesn't bother me at all. I don't really care what people think of me in general as long as we respect one another. By using that philosophy to my advantage it gives me the pleasure of having nice interactions with complete strangers. Up to now, I've never been aggressively rejected.

Michael Ernest Sweet is a writer and photographer. Michael has two full-length street photography monographs in print; The Human Fragment and Michael Sweet's Coney Island, both published by Brooklyn Arts Press. He lives in New York City and can be followed through his website or on Facebook. 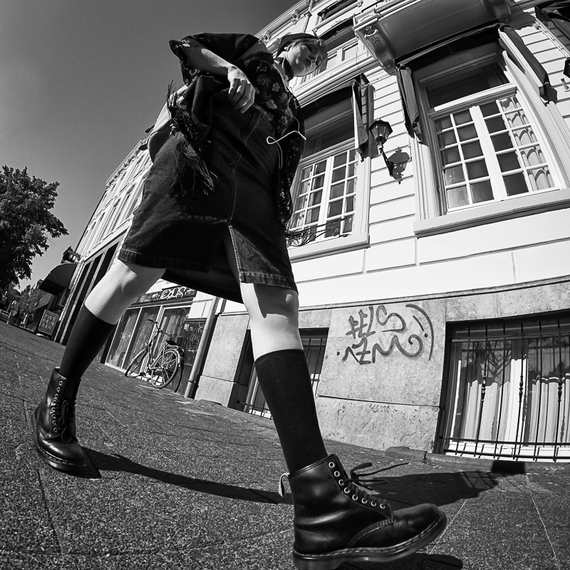 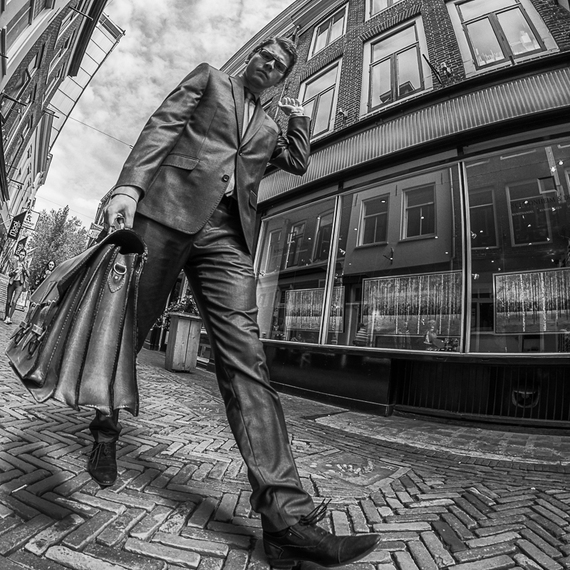 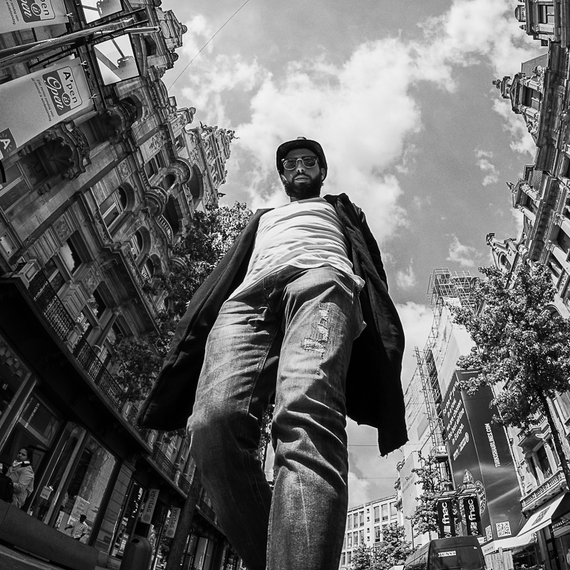 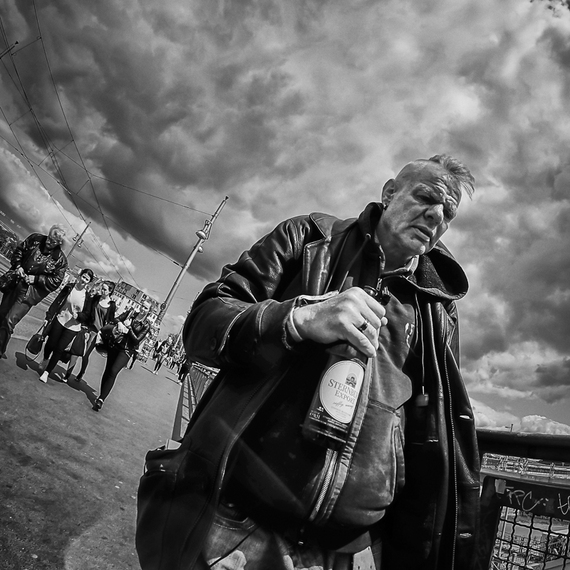