It's not everyday that the CEO of a major American company say he doesn't use his company's most important product, at least in terms of how much money that product rakes in. Which is probably why it's worth two minutes of your time to listen to Barnes & Noble CEO William J. Lynch, Jr. tell Bloomberg News' Nicole Lapin precisely that in an interview on Friday.

"I don't really read physical books anymore," Lynch told Lapin while apparently standing in a Barnes & Noble lined with paper books. "I like to read digitally. My wife is reading a lot of physical books."

We get it: Barnes & Noble, the legacy book seller that introduced its line of NOOK ereaders in 2009, is and has been for some time a digital-first company. It knows that every year a growing portion of the public is reading books on tablets in lieu of physical copies. And for its survival, it wants those tablets to be NOOKs.

But it's still a curious thing for Lynch to say, since the majority of B&N's business is still selling pulp and ink. Last quarter, the company made $1.1 billion in revenue from selling books in stores and at BN.com. NOOKs didn't fare as well. The tablet, along with all accessories and content sold on it, only made B&N $192 million, comparable to the same quarter the previous year ($191 million), around the time Amazon's Kindle started winning the hearts and minds of small-tablet buyers.

Whether it likes it or not, brick and mortars are still Barnes & Noble's bread and butter. In August, the company attributed that success to "the liquidation of Borders’ bookstores in fiscal 2012 and strong sales of the Fifty Shades of Grey series," paidContent's Laura Hazard Owen noted.

"'Fifty Shades of Grey' is on my Nook," CEO Lynch said. "I just haven't finished it."

[Bloomberg via The Atlantic Wire]

William J. Lynch Jr., Barnes & Noble CEO, No Longer Reads The Paper Books He Sells
Which 7-Inch Tablet Is Right For You? 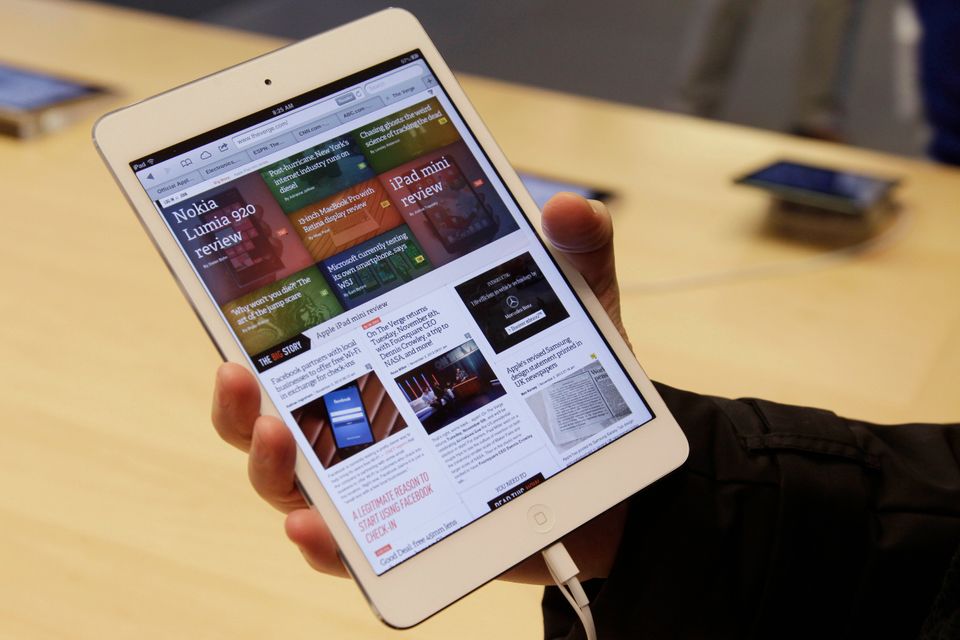 1 / 4
Apple iPad Mini
The most expensive of the small tablets is also the prettiest. Its exquisitely machined metal rim sets it well apart from competing tablets clothed in plastic and rubber. It's also thin and light, despite having a screen that's 40 percent bigger than other "small" tablets. But the quality of the screen doesn't quite measure up to the competition. It has fewer pixels than other small tablets, and they're spread over a larger area, making for a relatively coarse, pixelated look. On the other hand, the Mini has two cameras, front and back, which is a rarity. Where the Mini really wins is in third-party apps: it's the only small tablet that has access to Apple's App Store, with a superlative selection of high-quality apps. It's an excellent addition to the household that's already hooked on iPhones and full-size iPads. For those not wedded to the "Apple system," the other tablets merit a close look. (starts at $329 for 16 gigabytes of storage)
(AP Photo/M. Spencer Green)