William Mattson, 52, can be seen in his mugshot with an eye swollen shut and cuts and bruises. The sexual assault suspect is accused of attacking the woman at a party while his nephew --the victim's boyfriend --was away, according to Myrtle Beach Online. 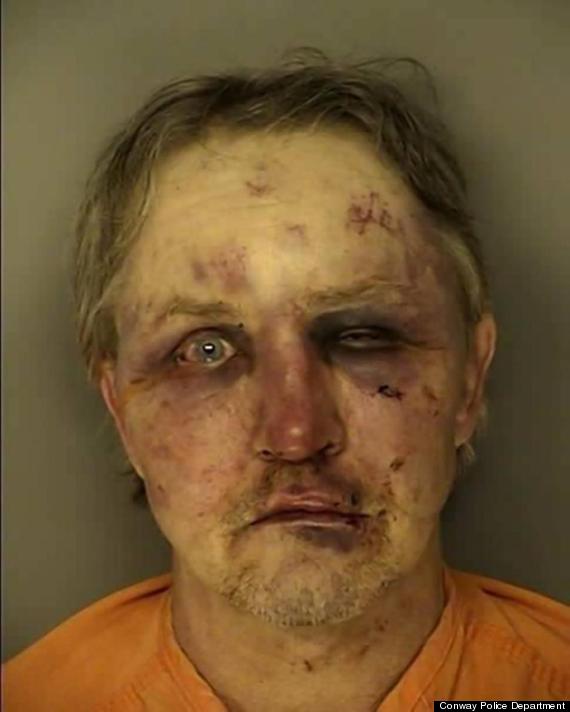 The nephew told police that he heard sounds coming from inside his father's bedroom when he returned to the party. He kicked down the door and says he found Mattson on top of his girlfriend. He said he punched Mattson repeatedly, driving him from the house.

When police were called at about 1 a.m. on Jan. 1, Mattson returned to the property to tell officers that the sex was consensual, according to the New York Daily News.

Mattson's nephew lunged again, attacking the suspect in front of officers. Nevertheless, the police department described the nephew's attack as being in defense of the victim, according to a press release.

The victim denied that the incident was consensual.