A Michigan police officer who appears in a recent video punching an unarmed black man more than a dozen times has a record riddled with allegations of planting evidence, falsifying police reports and using excessive force.

Dashcam video from January released by Click on Detroit last week shows officers in the Detroit suburb of Inkster pulling over 57-year-old Floyd Dent. Mere seconds after police approach the vehicle, an officer identified by the local news station as William Melendez begins punching Dent, as other officers use a Taser on him and kick him. Dent was hospitalized for several days.

The officers said Dent threatened to kill them, while Dent said he was being cooperative and it was the officers who made a threat.

Officers also said they found cocaine in Dent's car, but he and his lawyer say the drugs weren't his. They say they believe officers lied, pointing to a moment on the dashcam video that appears to show Melendez removing a baggie from his pocket as officers look through the vehicle.

The incident -- which is currently under investigation -- prompts questions about the officers’ conduct and possible department oversight, even more so when compared to allegations from others who’ve accused Melendez of wrongdoing.

Melendez is currently named in a lawsuit brought by Inkster resident Dashawn Acklin, who says seven officers entered his friend’s house in July 2011 while he was in the bathroom. When he exited, the officers allegedly told him to get on the ground where they handcuffed him. The lawsuit states that though Acklin was compliant, one officer choked him and beat him until he lost consciousness and another maced him. The suit says Acklin was subsequently hospitalized and never charged with a crime.

Melendez previously served as a Detroit police officer until he resigned in 2007. In 2003, more than a dozen officers were indicted on criminal charges for allegedly stealing drugs, guns and money from suspected drug dealers, as well as planting evidence and falsifying reports. Melendez, then known by the nickname “RoboCop,” was accused of being the ringleader. He was acquitted at trial in 2004.

Another notable example of the allegations against Melendez comes from resident Clifton White. In a 2004 lawsuit, White alleged that Melendez (with other officers) arrested him three times in 2001 and 2002, in each instance falsifying police reports to say he had drugs on him. The lawsuit also alleges Melendez repeatedly made threats and intimidating statements to White and his neighbors, one time telling White, "If I don't get mine, I don't play fair." The lawsuit was settled.

Darell Chancellor also had a run-in with Melendez in 2002, according to a lawsuit he filed the following year. Chancellor says he was arrested and spent more than 200 days behind bars after Melendez planted a gun on him. The lawsuit alleges Melendez and other officers wrote false reports to back that up. When Chancellor complained that it was not his gun, he said Melendez warned him to “shut the F up before he put some dope on [him] too.” The charges against Chancellor were dismissed, and his lawsuit was settled.

The officer was also a defendant in two wrongful death lawsuits. In 1999, the city paid the family of Lou Adkins $1 million after Melendez and another officer fatally shot him during a traffic stop. In 2003, Melendez and several other officers allegedly entered Ernest Crutchfield’s home without permission or a warrant and fatally shot Crutchfield, who was unarmed and in his kitchen, three times. The lawsuit, since settled, claims officers then lied on police reports to cover up their conduct.

Melendez is also accused of misconduct in several additional lawsuits.

Dent, who has no criminal record, and his attorney say they believe race made him a target, according to the Detroit Free Press.

According to a Pew Research Center poll last year, only 17 percent of black respondents had great confidence that police treat people of both races equally, compared to 35 percent of whites. There’s a similar racial gap when it comes to whether someone thinks police will use excessive force on subjects.

While incidents of excessive force can cause a swarm of media attention, attorney David Robinson -- who was a Detroit cop for more than a decade before leaving to practice law -- told The Huffington Post many “slip under the radar,” in part because of a system that makes it challenging for citizens to report complaints. Still, he sees use of force cases constantly.

“The most poignant point you can make that things haven’t changed, [is] these incidents are caught and captured on recordings,” he said. “Police officers realize they’re being recorded, but they still do it. So excessive force is that bad of a problem.”

Robinson, who represented Crutchfield's family and others who have made complaints against law enforcement, reviewed the video of police stopping and detaining Dent. "There’s no question that the officers’ actions were excessive," he told HuffPost.

Michigan State Police are investigating the incident with the cooperation of the Inkster Police Department.

Dent was charged with drug possession and is due in court Wednesday for a hearing. A judge previously dismissed assault and resisting charges against him after viewing the dashcam video.

Inkster's police chief did not return a request for comment. 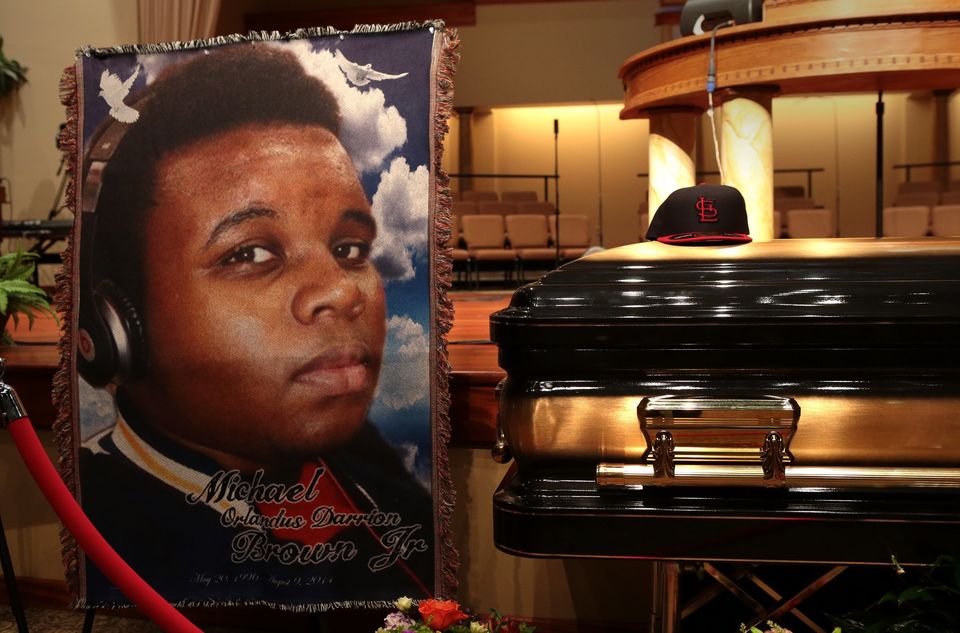