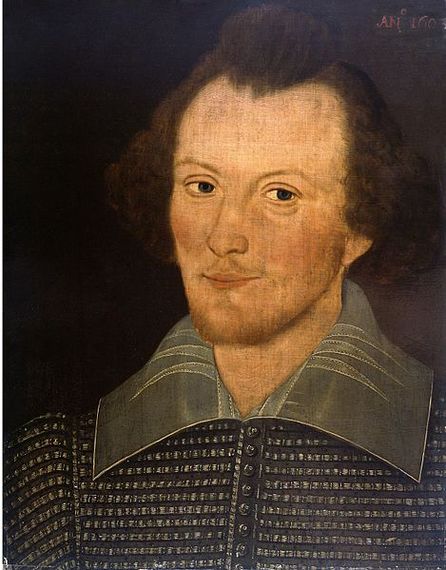 How can any of us find the words to wish a happy 450th birthday to the single most significant, elegant, funny, wise and human writer ever to use the English language? That's what I, and countless others, have thought and think of Shakespeare.

Festivities honoring his birth -- ironically celebrated on the day of his death, too -- are galloping apace this week, at The Globe and all around the globe. He was baptised at Holy Trinity Church in Stratford-upon-Avon, where he is now buried, on April 26, 1564. Chances are the 23rd was indeed his birthday, but as it's also his deathday, and the saint's day of England's national saint, George, the popular choice to call it Shakespeare's birthday was easy. Like so much of Shakespeare's life, his birthday remains flexible, mysterious, open to interpretation as well as celebration. 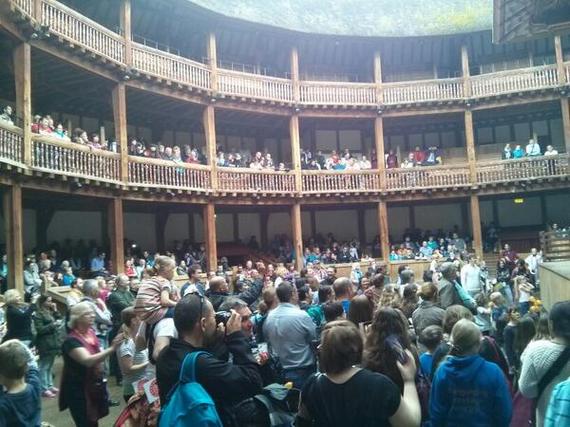 The Shakespeare Schools Festival has been helping schoolchildren to stage Shakespeare's plays throughout England all year. Other organizations have been preparing for, and eagerly anticipating, the birthday itself. On Easter Monday, April 21, Shakespeare's Globe in London had an all-day birthday party for their parent and original. Built near the site of his own Globe theatre, which burned down during a performance of Shakespeare's Henry VIII in 1613, Shakespeare's (new) Globe is a magical place to see a play -- even when one stands outdoors, exposed to the rain and audience participation in the show, as a groundling. Their free Family Open Day drew huge crowds to the south bank of the Thames, where people enjoyed scenes from Shakespeare, played Pin the Ruff on the Bard, laughed at a Punch and Judy show, and, of course, ate cake. In Stratford, the Royal Shakespeare Company are currently putting on 1 Henry IV. This week, they do so to the accompaniment of fireworks, workshops from stage fighting to Shakespearean speaking, and, of course, cake. The Folger Shakespeare Library in Washington, D.C. celebrated earlier in the month with quill pen writing, Elizabethan crafts, a scavenger hunt, sonnet recitations -- and cake, cut by Queen Elizabeth I. 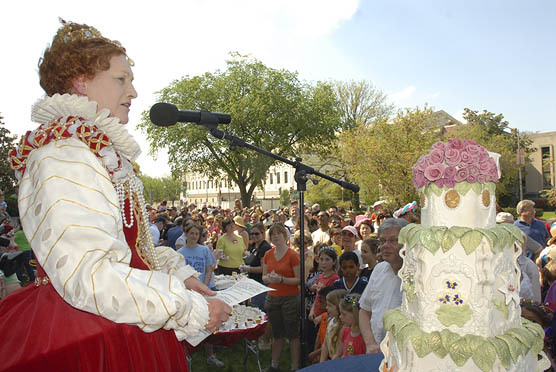 via folger.edu; photo by Claire Duggan

Theaters in New York are celebrating, from Elements Theatre's Shakespeare weekend to the WorkShop Theater Company's annual Will-A-Thon. In Paris, go to Shakespeare 450, where performances, film screenings, and historic tours fill the week and coming weekend. In May, the Asian Shakespeare Association holds its inaugural conference in Taipei.

See a play by Shakespeare tomorrow. That's the happiest way to celebrate -- with, as Hamlet says, words, words, words. If you're not in a town where one of his plays is on, read a scene or a sonnet. You can also enjoy one of the thousands of filmed versions of his plays, in its entirety, or choosing a scene -- or performer -- you want to see. In honor of Bardday, here are a few suggestions.

Kenneth Branagh (producer), Twelfth Night, or What You Will (1988), With Frances Barber as Viola.

The Tempest (2010). With Helen Mirren as Prospera.

Laurence Olivier as Orlando, As You Like It (1936). With Elisabeth Bergner, Felix Aylmer and Sophie Stewart.

Laurence Olivier, "once more unto the breach," Henry V (1944). The wartime film version of a wartime play, ending with Henry's cry of "God for Harry, England, and St. George."

Colin Firth, 2010. From The King's Speech, with Geoffrey Rush and Helena Bonham Carter.

A few of my personal favorites:
Peter O'Toole recites Sonnet 18, "Shall I compare thee to a summer's day?" Venus (2006). With Jodie Whittaker.

Helen Mirren as a delighted, radiant Rosalind/Ganymede, As You Like It (1978). With Angharad Rees and James Boland. 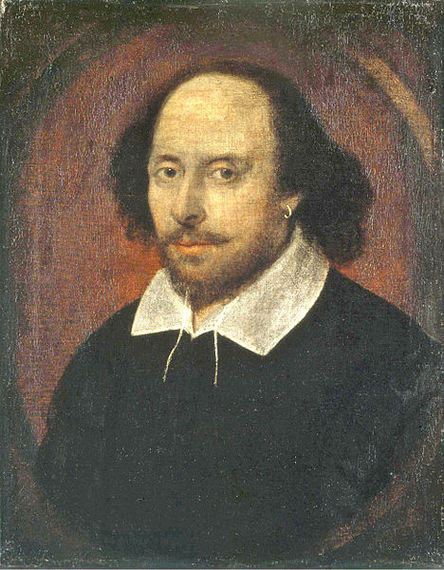