The WTA took swift action and fined Tarpishchev $25,000 and disqualified him from working in an organizational capacity for a year on Saturday after he made the comments on Russian State Television on Friday.

Tarpishchev, who is also an International Olympic Committee member, made an official apology later on Saturday after a WTA demand to do so but that was not enough for a clearly unhappy Williams.

"I've done the best that I can do, and that's all I can say. So I just wasn't very happy with his comments. I think a lot of people weren't happy as well.

"But the WTA and the USTA (United States Tennis Association) did a wonderful job of making sure that -- in this day of age, 2014 for someone with his power, it's really unacceptable to make such bullying remarks."

Appearing on a chat show, the program host said to Tarpishchev: "I was at the Olympics, where Maria Sharapova was in the final, playing with one, with one of the...." before the RTF head responded by saying "Williams brothers."

WTA chief executive Stacy Allaster said the comments were "insulting, demeaning and have absolutely no place on our sport."

American Serena Williams, 33, is the current world number one and has won 18 grand slam singles titles. She has also teamed up with her elder sister Venus to win 13 grand slams and three Olympic gold medals in doubles.

Venus, 34, is a former world number one, who has also won seven grand slam singles titles.

Serena is in Singapore to play in the season-ending WTA Finals tournament, which she has won the last two years. The tournament begins on Monday with Williams taking on Serbia's Ana Ivanovic in the opening match.

Also in the field is world number two Maria Sharapova, with whom Serena has endured a frosty relationship. The French Open champion was also offended by the comments of her compatriot.

"I think they were very disrespectful and uncalled for, and I'm glad that many people have stood up, including the WTA," Sharapova said.

"It was very inappropriate, especially in his position and all the responsibilities that he has not just in sport, but being part of the Olympic committee. It was just really irresponsible on his side." (Editing by Amlan Chakraborty) 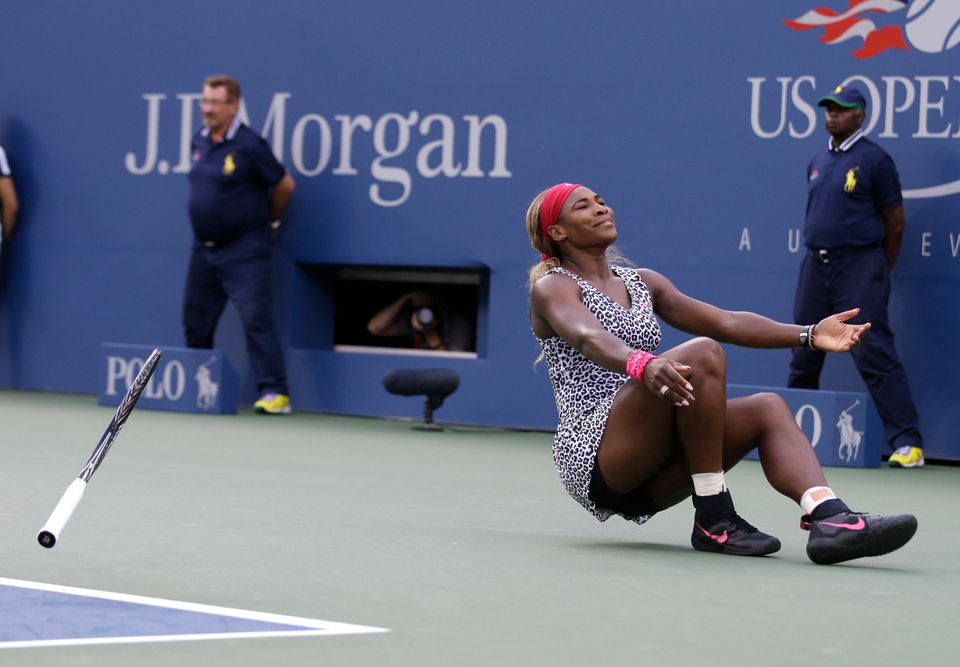