Call it "discipline," "self-regulation," "self-control," or good ol' "willpower," the fact is, most of us wish we had more of it. When it comes to sticking to a healthy diet or starting a new fitness routine, who wouldn't want it to be easy to say no to the chocolate lava cake or jump out of bed at 6 a.m. for a vigorous workout?

Scientists have studied the mystery of willpower for decades. Some very interesting hypotheses have been found just in this last decade. In particular is the theory that willpower is a limited resource. One of the foremost researchers on this subject is Dr. Roy Baumeister, who, with his colleagues, has likened willpower to a muscle that fatigues when overused. Sooner or later, that muscle will quit working. They call this "willpower (or ego) depletion."

For example, one of Baumeister's highly-publicized studies asked hungry students to resist a plate of fresh-baked chocolate chip cookies then try to solve a puzzle requiring them to focus and draw on their self-control. This group was compared students who were also asked to solve the puzzle (which was unsolvable by the way), but did not have to resist the cookies first. As you may have guessed, and have probably experienced yourself, it's harder to focus on a challenging task and exert self-control after you've already just used up a bunch of your willpower (especially when it comes to ignoring a plate of warm chocolate chip cookies)! Since that study in1998, others have come up with similar results.

According to further research, the muscle/willpower analogy may have a physiological common thread. Muscles use glucose for energy and so do our brains. Ever try to make a hard decision, maintain your composure during an argument or say no to a treat when you have low blood sugar? Good luck with that.

This school of thought suggests that as people deplete their willpower, they may also be depleting their glucose levels (blood sugar). These studies found that volunteers had lower glucose levels after exerting their willpower than those who did not. Since the brain is a powerful organ and needs energy to run, these researchers proposed that hard working brain cells, may be using up glucose faster than it can be replenished when exercising self-control. 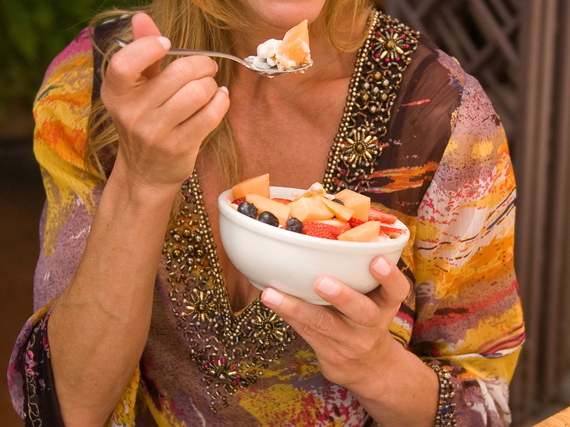 Could a dose of something sugary give a boost to waning willpower? One study, for example, found that drinking sugar-sweetened lemonade restored willpower strength in depleted individuals, while drinking sugar-free lemonade did not. But not all researchers are sold on the glucose connection, and newer studies are warranted. Dr. Suzanne Segerstrom, a professor at the University of Kentucky, said that, "Newer science indicates that it's not your blood sugar per se that affects willpower. There's something about the signal from the mouth to the brain regarding glucose coming in that can affect how well people can exert willpower."

Another theory suggests this willpower business is all in your mind, anyway. Mark Muraven, Ph.D., of the University at Albany, along with Baumeister and colleagues, wondered if maybe mood would have an effect on willpower. Sure enough, when tested, they found that people in a good mood were able to overcome some of the willpower depletion that normally happens after exerting self-control.

So what's the deal? Does willpower get used up if you push it too much, or is it all in your mind? According to the American Psychological Association, there is a robust body of evidence to support that willpower may in fact be a limited resource. Proponents argue that "factors such as mood and belief may only buffer the effects of willpower depletion in its earliest stages." Of course, the APA says that more research is needed to understand "how beliefs, moods and attitudes might affect one's ability to resist temptation."

While we're waiting for more research to come out, what can we do to strengthen what willpower we do have, especially when it comes to healthy eating and exercise? Here are some tips: