Meet Wilma. She’s a feral pig who wandered onto a polo field in Hawaii and never looked back.

After leaving her piglet brothers and sisters, Wilma found a new family in a stable of polo horses. 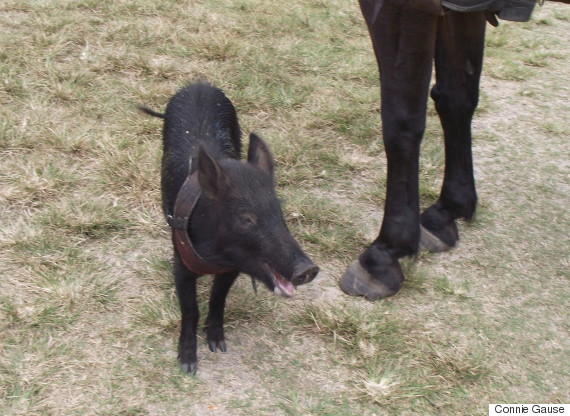 She loves horsing around so much, it seems she’s started to think of herself as part of the team.

“She came over and just kind of adopted all the other horses,” Hawaii Polo Club manager Devon Daily told local news station KITV.

And the horses don’t seem to mind. In the video above, she trots, grazes, and sleeps beside her favorite horses, and her friends at the polo club have given her a red vest to wear to signal to hunters that she's somebody's pet. 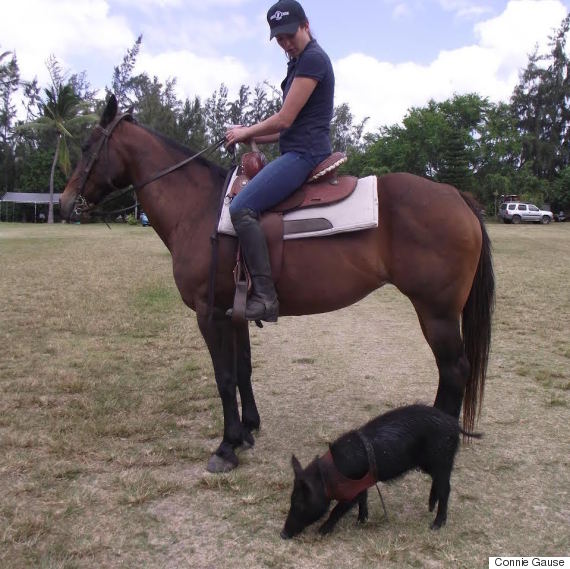 “Usually, she crosses the polo match when the horses come out," Connie Gause, who runs the VIP tent at the polo field, told The Huffington Post. Wilma, who's been around for about a month, was named after Wilbur, the rambunctious pig in Charlotte's Web.

Wilma has gone on trail rides with the horses before, but last week, Gause said, “She did something she’s never done before."

"We had the British team over, and the horses all came out, parading all across the field to do the National Anthem, and she stood in line with them as she faced the podium," she said. "People started cheering and then, just like a kid getting attention, she didn’t want to leave the field. It was so cute.” 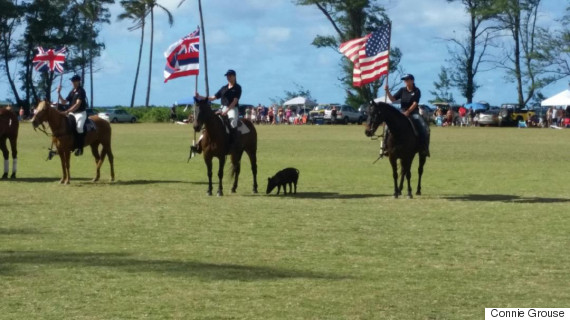 Feral pigs are common in Hawaii and a source of both food and aggravation. They’re an invasive species, and often blamed for boring through native vegetation and eating and spreading invasive plants widely across the islands.

But Wilma, who is still wild and free to come and go as she pleases, seems to get along just fine.

The polo club assumes her mother either died or abandoned her, but Wilma has found a new family on the polo field, and it looks like she's there to stay.