At a recent benefit show, Demi Lovato shared an evening of performances and stories about her mental health journey with some lucky fans -- including a very special surprise guest.

The “Heart Attack” singer was raising money for her Lovato Treatment Scholarship Program with a benefit concert where she talked about her struggles with mental illness and answered questions. When asked about her boyfriend, Wilmer Valderrama, Demi mentioned how sad she was that he couldn’t be there.

“My heart is broken that he couldn’t be here tonight,” she said.

Her heart wasn’t broken for long because the actor walked out on stage seconds later to surprise her. The two got fans squealing as they kissed on stage before Wilmer led the audience in singing “Happy Birthday” to celebrate Demi’s third year of sobriety. Later, he had some touching words to say about his girlfriend.

“There’s, like, a million things to say, but one thing I can honestly say is that it’s been a long time since we’ve seen a role model like her,” he told the audience. “It’s been a long time to see somebody that actually has the courage to be who she wants to be. And if you can take anything from tonight, walk away understanding that from today, life will get better.”

Demi recently showed her love for her boyfriend on Instagram where she told followers how grateful she was for his support over the years.

“I really wouldn’t be alive today without him,” she wrote in the caption. 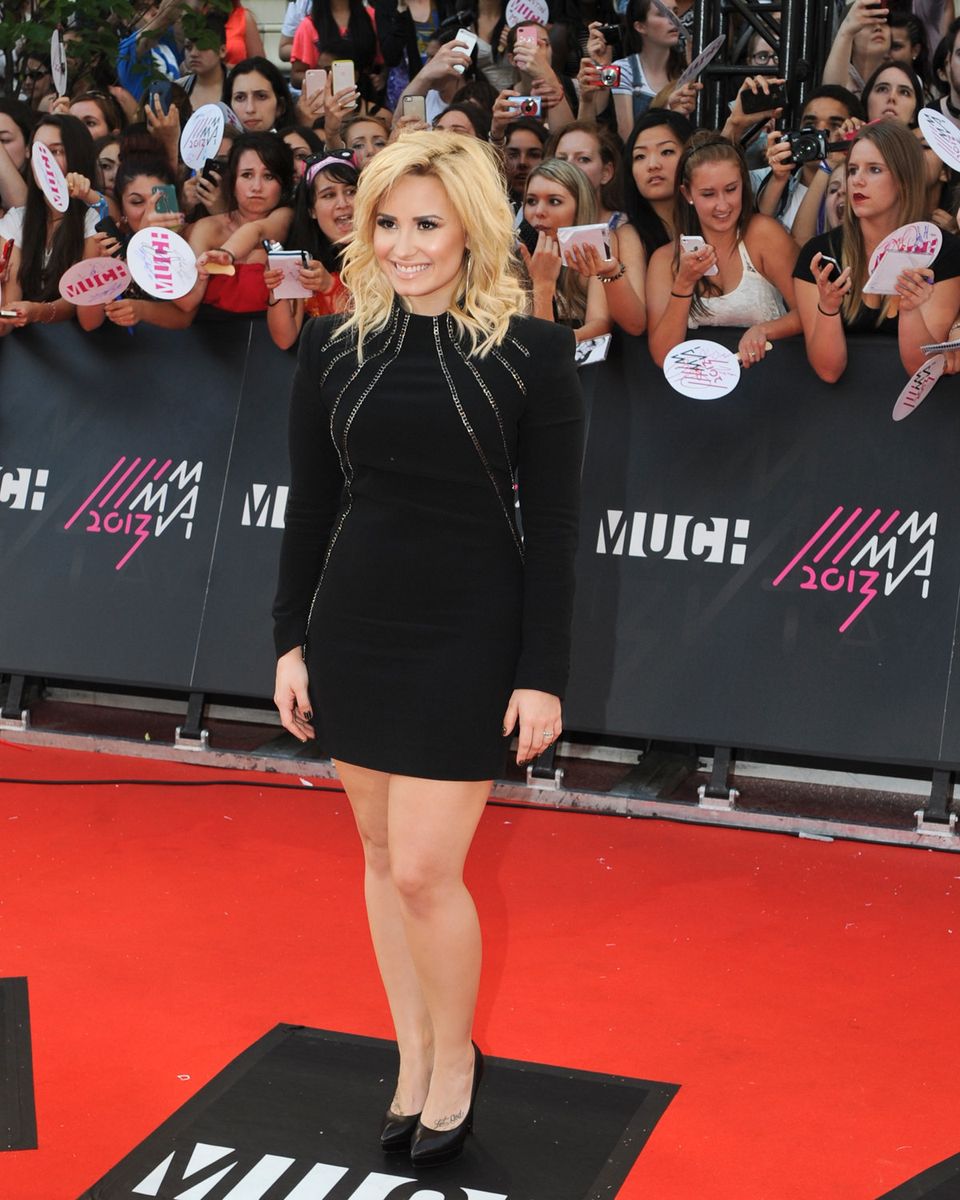