Last week in part 1, I looked at many wind power success stories. This week, we're going to take a closer look at the wind power industry itself.

Wind Power Facts and Statistics
The American Wind Energy Association compiles many statistics on wind power in the US. According to its numbers, the industry has had a growth rate of 29% on average between 2002 and 2007, with the last few years being the best (indicating that growth is accelerating). 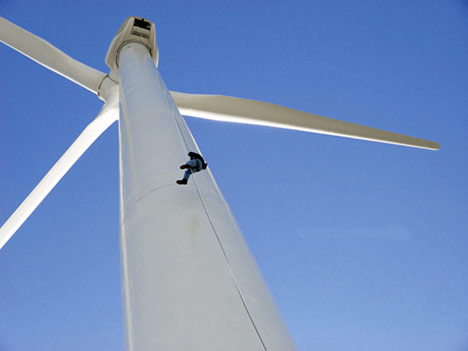 Yet that's still generating only about 1% of US total energy, enough for about 4.5 million average US households. The good news is that at its current growth rate, there's a kind of Moore's Law that will apply, and while it took many years to get to the first 1%, the next one will take a lot less because of exponential growth, and so on until wind power is a bigger chunk of total energy production. 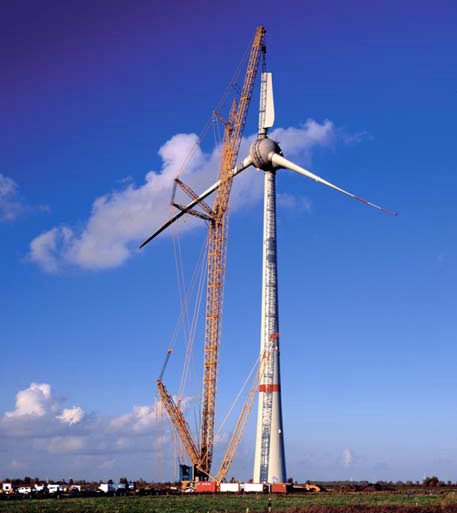 Biggest Wind Turbines in the World
Until recently, the biggest wind turbine in the world was the 6-megawatt Enercon E-126 pictured above (follow the link for more pics). But the new king of the wind power hill is the Clipper "Britannia" model, rated at 7.5 megawatts. The Queen of England has bought the prototype and it will be installed offshore near the UK. 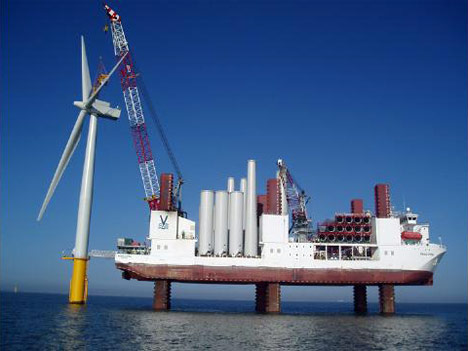 No Recession for Wind Power Industry, but Prices are Going Up
While the rest of the economy is depressed, the wind power industry is definitely not in recession. In fact, it is showing signs of overheating, with shortages and long waiting lines to get new wind turbines. This supply problem is leading to an increase in costs for wind turbines, but that has a good and bad side. For more information on why higher prices can be good, follow the link.