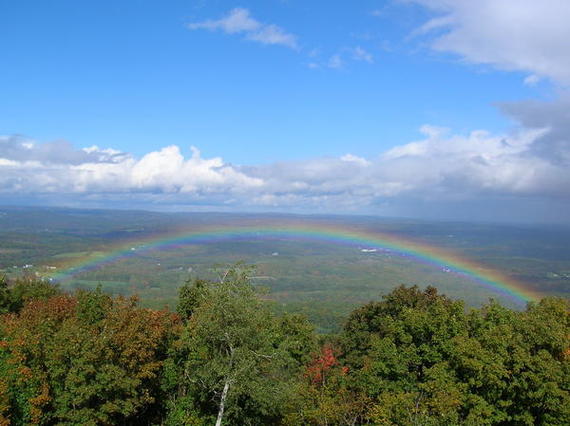 Don't get me wrong, I love New York City. However there are times when I need a mini vacation from the scratching and surviving. I also get tired to having to channel my inner Floyd Mayweather just to take the subway. Do I really have to be in fight formation when all I want to do is get home?

I wanted a place that I could go for a few days to rejuvenate my mind, body, and soul. I opted for Windham in the Greene Country of the Catskills. It's close to the five boroughs and easy to get to by car. Though my understanding is that there is a bus that goes there from Port Authority.

I've spent some quality time in the Catskills on Jewish retreats. However, the Greene County was undiscovered territory to me. My partner in crime, Kelly, and I arrived in Windham after a 2 ½ hour drive from the Bronx. It was an oasis of lush green mountains. Our goal was rest, relaxation, and to pamper ourselves during the weekend.

The first stop on our adventure was the quaint French restaurant, Bistro Brie & Bordeaux . The bistro has the charm of the French country. The chef/owner, Stéphane Desgaches is originally from Lyon and has not lost any of his thick French accent. We took advantage of the two for one happy hour and indulged in a three course meal. I got one of my favorite French dishes, Steak Frites. The French know how to work some serious magick when it comes to meat. I chose wisely. There is nothing like a good meal paired with a glass of wine. After the hearty French cuisine, all I wanted to do was go to bed. So much for a wild Friday night. 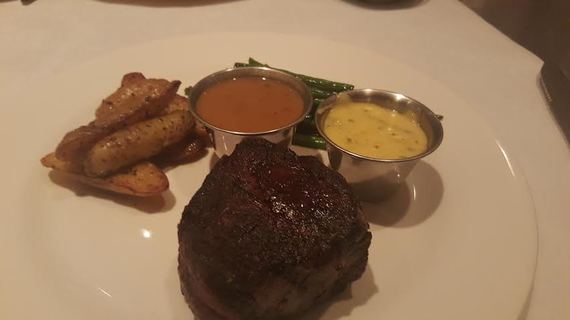 We stayed at the Albergo Allegria Bed and Breakfast. It's one of the top one hundred bed and breakfasts in the country. It lives up to every good review written about it. We got to luxuriate in the Master Bedroom that had a hot tub and fireplace. The bed was so big and fluffy and I slept like a baby. The next morning a farm to table breakfast was served. The bacon was fresh, the waffle was savory, and there was service with a smile. 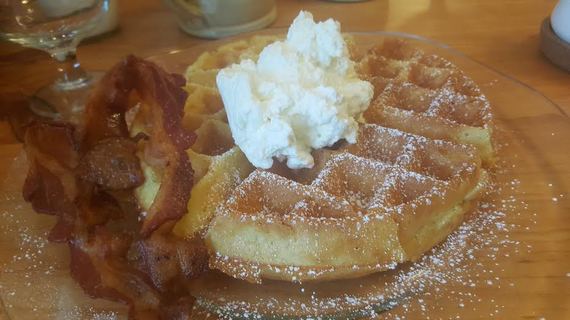 It was nice to be able to look the window and see the mountains first thing in the morning as I ate breakfast. The B&B is owned by a nice married couple and they are the reason for the homey feeling.

It was without a doubt that we had to have a complete pamper day. We hit the Windham Spa for facials and pedicures. I definitely needed a facial after all the bustle and hustle that I do in New York City. I optioned for the signature facial which focused on the particular needs for my skin. At the certified green spa, I relaxed and released in a serene room with music in the background. I was given suggestions on what would be good for my skin and told the best way to maintain after the facial was complete. The spa is a favorite spot with the locals. Everyone knows each other by first name. All of the the employees have been there for some time and it's easy to see that they love what they do. They made me feel like a new woman. 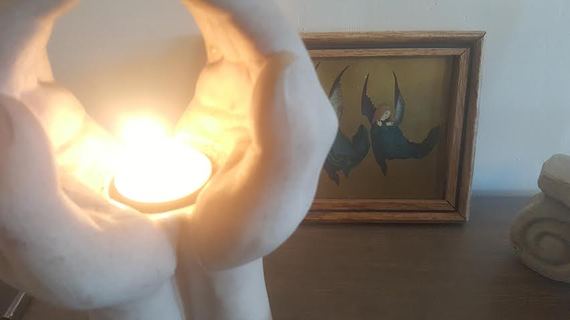 To keep our lazy day, going we headed to the Catskill Mountain Country Store and Restaurant. It's been a staple in the area since 1994. There is so much on the menu, it's hard to decide what to eat. I got the nachos and Cajun Chicken Sandwich. Both were big servings. The owner insisted that I try the freshly baked apple pie. I'm actually not a fan of pie, but it was pretty good. I had my eye on the big chocolate chip since I'm a cookie monster. I devoured the cookie within minutes. The eclectic restaurant makes it own fudge, sodas, and jams that can be shipped to around the world. It's also a cool place to take kids because there is a looking zoo with goats, pigs, and cats chillin' as they enjoying their Catskills life.

Windham is an interesting little town. It's like Mayberry, but with an East Coast edge. People from around the world have found themselves living in there by chance and they love every minute of it. I could see why. It's beautiful and peaceful. For a moment I had visions of living in the town. I snapped out of it, but vowed to return since it is so close to the Big Apple. When the city makes you weary, it's the perfect place to go.