With a "Metrofied" interface more fitting for a phone or tablet than for a desktop PC, Microsoft's upcoming Windows 8 OS -- which will be unveiled in beta at a "consumer preview" event in Barcelona, Spain on February 29 -- is a clear departure from the operating systems of old. Its new logo, on the other hand, is a streamlined nod to the granddaddy of all Windows OSs, Windows 1.0.

The result of the team's efforts is a logo similar to Windows 1.0's and simpler than some of its more recent predecessors. The four-colored flag-like hallmark, around since the early nineties, appeared with Windows 7: 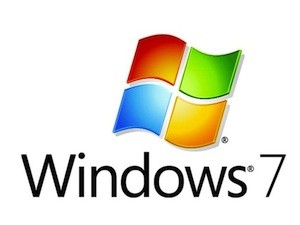 But now, with Windows 8, it's been replaced with a neat, angled emblem more akin to Windows' namesake. As Moreau aptly puts it: "It's a window...not a flag."

Microsoft and Windows are all about putting technology in people's hands to empower them to find their own perspectives. And that is what the new logo was meant to be. We did less of a re-design and more to return it to its original meaning and bringing Windows back to its roots -- reimagining the Windows logo as just that -- a window.

According to The Verge, this new window "will appear in the charms bar, activated by touch, mouse or keyboard. It is also expected to replace other instances of the traditional flag in Windows 8, making a fundamental change of design aesthetic combined with Microsoft's Metro style Start Screen."

In addition, Windows 8 users will be able to change the logo's color as they see fit.

"Our final goal was for the new logo to be humble, yet confident. Welcoming you in with a slight tilt in perspective and when you change your color, the logo changes to reflect you," closes Moreau. "It is a 'Personal' Computer after all."

What do you think of Windows' new logo? Weigh in via our QuickPoll (below).

The 8 Windows 8 Features That Made Us Say 'Wow'(CLONED)