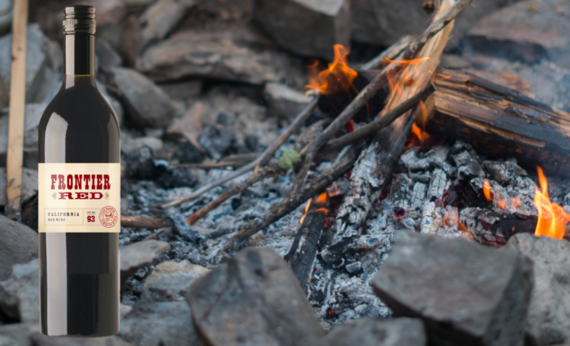 I have long been a fan of Robert Redford--since way before the Sundance Film Festival started. It began when I was a little girl of about 10 and the movie Butch Cassidy and the Sundance Kid came to my town.

My parents weren't much for passive entertainment, encouraging reading or outside play instead. My two sisters and I were relegated to two hours of cartoons on Saturday morning and Mutual of Omaha's Wild Kingdom, the Wonderful World of Disney, or Daniel Boone on special evenings.

Thus, going to the movies was a BIG DEAL. The first movie I can remember seeing was at a drive-in. We all piled in our station wagon with pillows and sleeping bags and went to see Snow White.

The second movie I saw was in an actual theater that served popcorn, and it was Butch Cassidy and the Sundance Kid.

I remember sitting there as handsome Butch and even-more-handsome-to-me Sundance, rode through the Wild West, visited a beautiful woman--no idea whose girlfriend she was, but it seemed like both of them liked her-- rode a bike, and voluntarily charged into an epic shoot out.

I remember not knowing if they had died or not because the movie just ended. No one was lying on the ground filled with bullet holes. Thank goodness. I'm not sure I could've handled seeing Sundance dead.

I've watched Robert Redford since then in The Sting, Electric Cowboy, Sneakers--the list goes on--and still, Redford as "The Sundance Kid" stands out to me. My ex-husband's nickname is "Sundance" because he looks so much like him ... perhaps I should've had other criteria...

I can imagine him (young Redford, not my ex-husband) sitting on a rock by a fire in the mountains, his horse tied up at a tree near the stream. He's poking at the fire when he hears a twig snap behind him. He draws his gun and swivels around quickly.

Behind him stands one of my other favorite stars from childhood, Daniel Boone, aka Fess Parker, dressed in his signature coonskin cap. Redford laughs, holsters his gun and invites Parker to the fire.

Parker pulls up a rock to sit on. Redford scoops up some goopy looking stuff bubbling in a pan on the fire and hands a bowl to Parker.

Parker says, "Let me grab us something to throw back with this," and heads to his horse. He pulls a bottle and a corkscrew out of his saddlebag and brings them back into the circle of warm light.

Sundance, usually a whisky lover, wonders what's in this differently shaped bottle, but grabs his tin cup as Boone pops the cork.

They toast the good luck that brought them together and they drink.

The smell of the red liquid fills Sundance's nose. It offers rich aromas of blackberries and pepper with back notes of leather, smoke and sage. He sips it. Flavors of black cherry, smoke and dark chocolate end in a soft, velvety finish. And it doesn't burn going down like whiskey.

Boone slowly sips the wine. Red blends, he thinks, pair perfectly with the stews and gruel often served at campfires. Such meals usually include savory meats accompanied by root vegetables, grains and stock. Since the wine is a blend of many grapes, the resulting product is balanced, without any one grape aroma or flavor overwhelming the other. It is an easy-drinking kind of wine that doesn't require a lot of rumination. Perfect by a campfire.

Boone and Sundance share laughs and stories as they drink. Coyotes howl.

The meal comes to an end and Parker has to pack up. He needs to be in Fort Laramie by midnight to register for a pelt sales conference, although he has the nagging feeling as he rides away that wine, not pelts, will be his future.

My daydream ends as Redford smiles and lays back on his bedroll, pulls his cowboy hat over his face and falls to sleep, his belly full of stew and Fess Parker's intriguing, frontier red blend wine.

Wines to Pair With Life - Musings of an Executive Sommelier