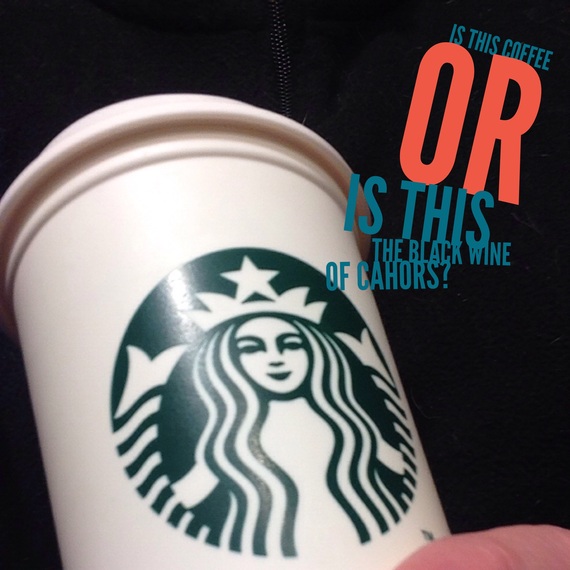 My little mountain town of Park City, Utah, will be invaded, as it is every year at the end of January, by the People-In-Black, "PIBs" as they're affectionately referred to by the locals. They come with their Starbucks-latte hand accessories, their after-the-sun-goes-down sunglasses, and their extraordinarily large, furry boots.

Since they are forbidden to wear any color besides black -- I think Robert Redford must have issued some kind of rule about this early on -- they are challenging for drivers to see during the prime Sundance hours of 6 p.m. to 6 a.m., except for their glowing, white Starbucks cups, of course.

This is a problem because PIBs don't use sidewalks.

I can see how this happens. I picture myself in my three layers of black cashmere after dinner, strutting in my new furry boots, jostling through a sea of other PIBs, steadying my latte when I suddenly notice that just past the curb is an open area, clear of snow, free of people.

Since I didn't leave every one of my brain cells back home, I am a little nervous to walk alone in the street because 1) my cashmere may get splashed by cars going by, and, 2) I only have one white Starbucks cup in my hand. I need more reflective white near me for protection, so I Tweet about how great the street is to walk in. The phones of fellow PIB's all around me around me start pinging with notifications -- #KeepSundanceSafe and #TheRoadIsThePlaceToBe -- and I am quickly surrounded by thousands of other coffee cups. Phew.

All is now in balance for life during Sundance. The sidewalks are clear for the locals and the thirteen people who are in town to ski. The roads are filled with PIBs, and the few qualified drivers who've honed their skills at Costco on a Saturday morning, slowly driving themselves to buy emergency-only supplies, like baby formula and wine.

Speaking of wine, what would I pair with the Sundance Film Festival? The Black Wine of Cahors, aka "Côt," aka "Malbec."

Malbec is one of the original six grapes in Bordeaux reds, (they later became five grapes: Cabernet Sauvignon, Merlot, Cabernet Franc, Petit Verdot, and Malbec.) It is also grown in Cahors, France, which sits just east of Bordeaux.

Most wine-drinking Americans are familiar with Malbec from Argentina, an easy-to-like red that offers the same types of aromas and flavors of Cabernet Sauvignon -- cassis, blackberry, leather, and tobacco -- without all the tannin (sandpaper-like, astringent mouth feel) to punish you. Malbec from Cahors has a MUCH bigger personality. Say, triple the power... If Malbecs were cowboys, Argentinean Malbec would be from Montana, and Malbec from Cahors would be from Texas.

Advertisement
Why is the Black Wine of Cahors the perfect wine for Sundance?

In fact, since Starbucks cups are a requirement for attending the festival, they could always pre-game by loading a 16-oz white cup with the Black Wine of Cahors. No one at the movie theaters would know.

And they'll feel a lot less pain when that bus hits them.

Wines to Pair With Life - Musings of an Executive Sommelier