Using only four rolls of toilet paper, Susan Brennan of Orchard Lake, Michigan, made a pleated floral (and flush-friendly) gown that took home the first place prize of $1,000.

The purpose of the competition, at least when it started in 2004, was to draw attention to the thrift-themed wedding website , Cheap-Chic-Weddings.com, which Roxie Radford and her daughters Susan Bain and Laura Gawne, all from Boca Raton, Florida, founded in 2003.

"We almost immediately came up with expanding the idea of the popular bridal shower toilet paper game," Bain said, referring to the pre-wedding practice in which a bride's friends break into groups and create a gown out of two-ply for a lucky teammate.

Radford and daughters didn't know what to expect from the competition. "We thought, oh dear, what is going to come in?" said Bain. The women ended up receiving over 1000 submissions that first year, some unimpressive, others unbelievably intricate.

The Cheap Chic Weddings team selects the contest's 1st, 2nd, and 3rd prize entries based on creativity, originality, and overall beauty. The only non-toilet paper materials allowed are tape, glue and thread.

But has anyone actually walked down the aisle in one of these creations? Bain only knows of a single instance.

In December 2007, when Charmin asked Cheap Chic Weddings to participate in their seasonal Times Square Restrooms promotion, Jennifer Cannon got married in a bathroom on the corner of 45th and Broadway wearing a Charmin Ultra Soft and Ultra Strong toilet tissue combination dress. It was made by the Cheap Chic competition's 2007 winner, Hanah Kim. (The officiant told the groom that while he was free to kiss the bride, he should probably refrain from squeezing the dress.)

"Our girl is still married, has a baby and a dog named Charmin," Bain said.

Check out our slideshow below of the top submissions. Did the right dress win? Would you wear any of these toilet paper creations down the aisle? 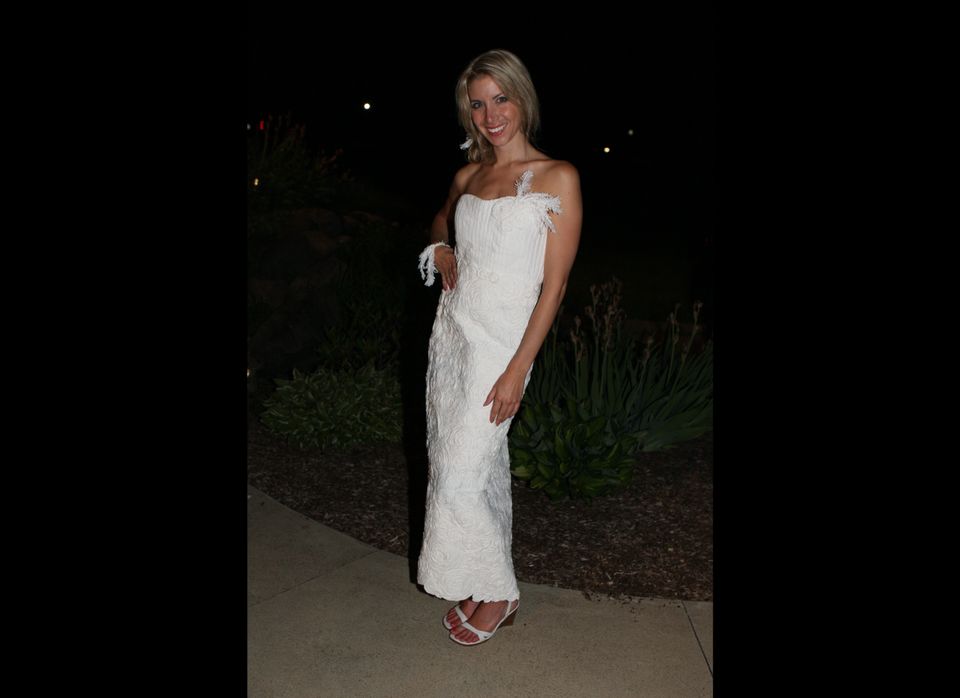