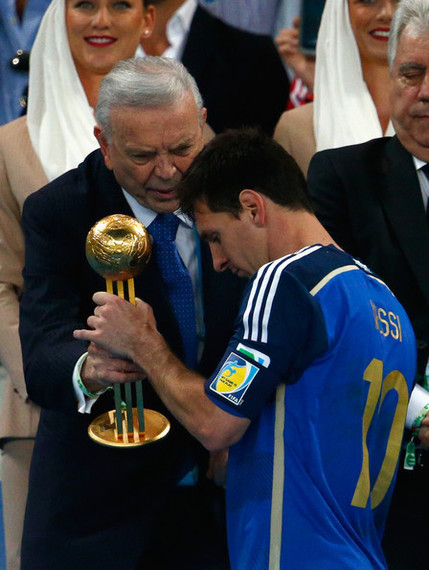 On July 13 at the packed Maracanã stadium in Rio de Janeiro, Lionel Messi was handed the Golden Ball Trophy. It was an award going to the best soccer player of the 2014 FIFA World Cup. But instead of celebrating the joyful moment, he was looking down, crestfallen - a blue man in a blue jersey, in blue mood. His team, Argentina, was defeated by Germany 1-0 in the Cup's final. 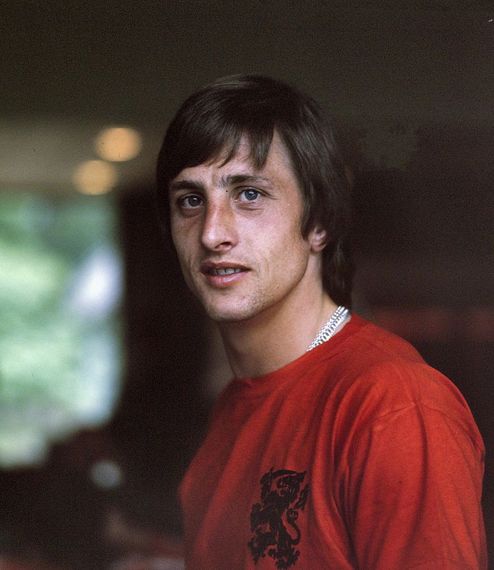 Forty years ago, the amazing Dutch captain Johan Cruyff was in a similar situation. He won the Golden Ball, but the highly favored Netherlands lost the final match to Germany 1-2 at the Olympiastadion in Munich. The German team was awarded the FIFA World Cup Trophy that replaced the old Jules Rimet Trophy. It was the greatest chance for Cruyff and his teammates to win the Cup.

Shortly after the final was over on July 7, 1974, I took the train from Amsterdam to the German town of Solingen where I was scheduled to play an important international chess tournament. The train left Amsterdam in silence. The Dutch passengers were either whispering or didn't talk at all. But as soon as we crossed the border into Germany, the mood changed. People were shouting, singing, sounding horns. They laughed, cried of joy and drank. Germany was running out of beer that day.

Spassky out, Spassky In 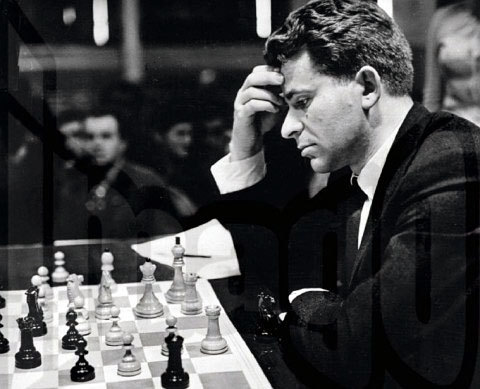 The tournament in Solingen, celebrating the 600th anniversary of the town, almost didn't take place. The main attraction was Boris Spassky (photo above), but he was running out of favor in Moscow ever since he lost the world title to Bobby Fischer in Reykjavik in 1972. Almost at the last moment the Soviet Chess Federation decided to cancel Spassky's participation in Solingen. As a result, the main sponsor Egon Evertz sent telegrams to all players, the Soviet Federation and the Soviet Embassy. He explained that the tournament is being cancelled because the Soviets didn't keep their word. Within 24 hours Spassky got his traveling permit back and the event was on again.

A series of five wins in the second half of the tournament allowed me to take the lead. The Soviet grandmaster Lev Polugaevsky was the only player who could have catch me with a win in the last round. There were only a few inaccuracies in that game. I decided to play quietly, but in time pressure my temperament got the better of me and I dove into wild waters and drowned in the rapids. With the win, Polugaevsky caught me. Spassky later said I was not being practical in time trouble and it was a good lesson for me, a cheap one since I still tied for first.

In his book Grandmaster Achievement, Polugaevsky described the must win situation this way: "You must conduct the game as though it is of precisely no importance, but at the same time instill into each move all of your internal energy, concentrate extremely hard, and attempt to foresee anything unexpected."

Our game advanced slowly, but the tension rose around move 26. I could have removed my king from the pin along the g-file to the square f7. 'A practical move,' Spassky said later. 'That's what I would do in time pressure.' Instead, I charged with my queen to the center, provoking Polugaevsky to go for broke. My intuition told me I could save myself with a knight sacrifice on d5, but I miscalculated the consequences. 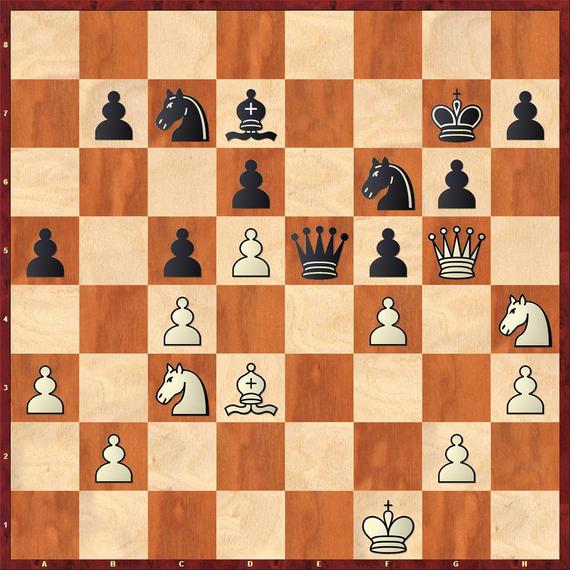 Polugaevsky's last move 27.f4, attacking the black queen, looked like desperation. He decided to force the play because he didn't see how to break through. Unfortunately, I was short of time and my next move was a blunder. From two squares I chose the wrong one for my queen.

I should have gone deeper into white's territory with 27...Qe3!
After 28.Bxf5 black has two ways how to equalize: 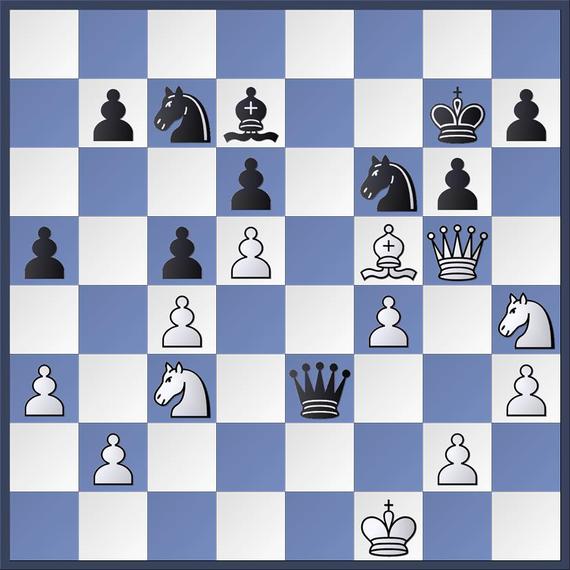 A. 28...Ncxd5!! I showed Polugaevsky this move after the game. His reaction? "Beautiful, but unbelievable!" It leads to a draw, but I had rejected it because of 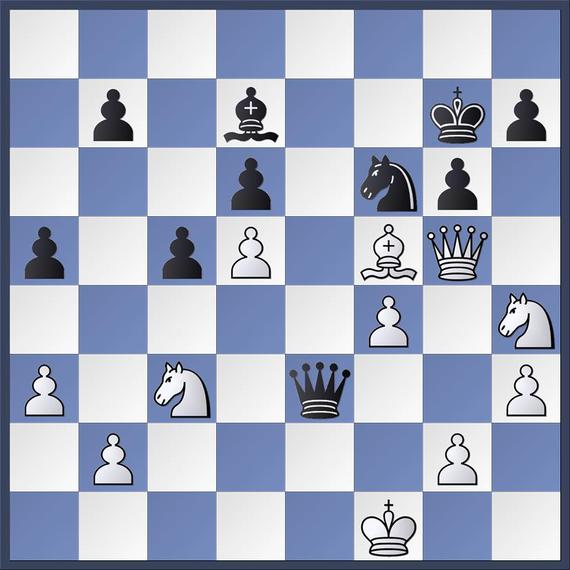 B. Polugaevsky gave a question mark to the other move 28...Qc1+?
He thought that it loses but it is perfectly playable. 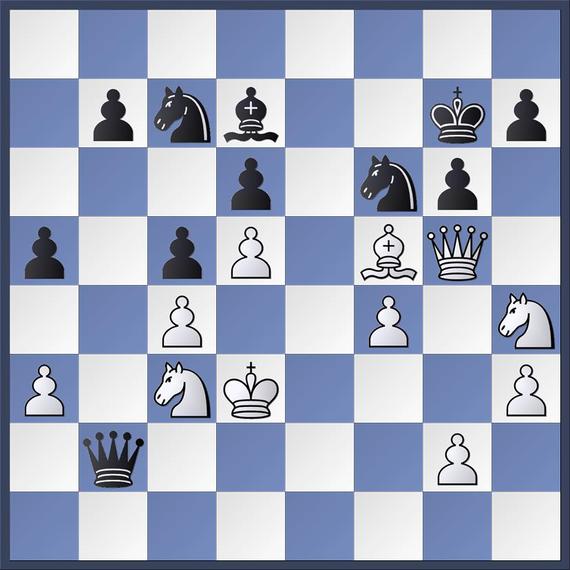 Images by Clive Rose and Wikipedia