Winona Ryder, featured in the latest issue of GQ, talks about her long past in Hollywood -- and her horrifying run-in with Mel Gibson. She claims that she knew of the star's alleged intolerance far before anyone else.

"I remember, like, fifteen years ago, I was at one of those big Hollywood parties. And he was really drunk," she recalls to the magazine. I was with my friend, who's gay. He made a really horrible gay joke. And somehow it came up that I was Jewish. He said something about 'oven dodgers,' but I didn't get it.

"I'd never heard that before," Ryder continues. It was just this weird, weird moment. I was like, 'He's anti-Semitic and he's homophobic.' No one believed me!"

Since, Gibson has been derided for multiple racist diatribes, and is now suffering a very public anger meltdown.

Ryder also dishes on a former addiction to pain killers, which she blames for her 2001 shoplifting arrest.

"I broke my arm in two places," she says, talking about her time on the set of 'Mr. Deeds.' "For about a month, I had to take it. But then I just kept taking it for, like... maybe three more weeks. But the thing I do remember is that once my arm was okay and they were still there, you kind of like... "

She trailed off, thinking about the battle, but is now happy to report that she is sober. And, working in big time movies again. With a strong supporting role in 'Black Swan,' as the aging prima ballerina replaced by the younger star (Natalie Portman), Ryder actually enjoyed the personal meaning behind the role.

"I thought it was a cool parallel," she says. "Being replaced by the young thing. I know that definitely happens in Hollywood. It's harder to find good roles, and suddenly there's new girls. I'm at that age I've been warned my whole life about."

For Winona's whole interview and more outtakes from her shoot, click over to GQ.com. 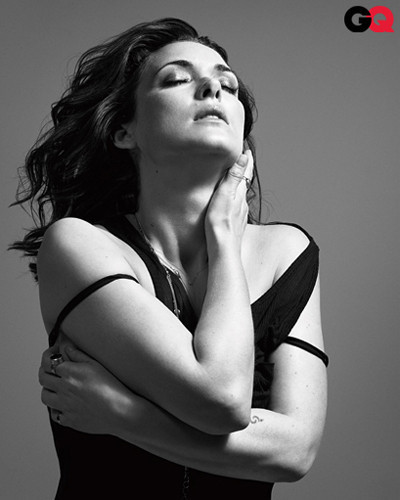 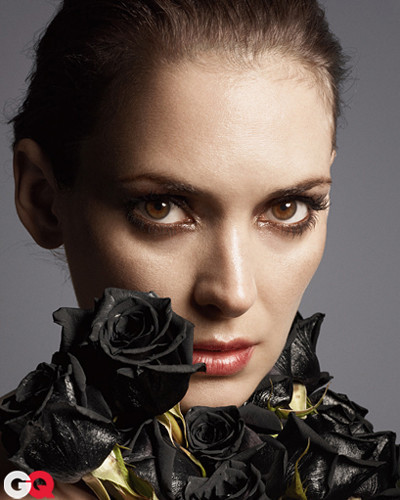