Winter officially begins December 21, 2010 with the shortest day of the year for those in the Northern Hemisphere, known as the winter solstice.

According to TimeAndDate.com, the Earth's axis will hit full tilt -- the North Pole angled 23.5 degrees away from the sun -- at 6:38 p.m. EST, after which the days will gradually grow longer until the summer solstice in 2011.

Many cultures have long celebrated the turning point throughout history. According to Chiff.com, in ancient Rome the winter solstice was celebrated at the Feast of Saturnalia, while the Feast of Juul -- or Yule -- was celebrated in pre-Christian Scandinavia. Candlegrove.com reports that according to one book, the Mesopotamians were first to recognize and celebrate the day with a 12-day festival of renewal, though no one knows for certain when humans first began to honor the occasion.

This year marks an especially rare alignment, as a total lunar eclipse will occur on the solstice for the first time since 1638, according to NASA. CLICK HERE to learn more about the lunar eclipse, and when to see it.

Check out some photos below of past winter solstice celebrations around the world. Do you celebrate the occasion? Share your thoughts in the comments.

PHOTO GALLERY
Winter Solstice 2010: Past Celebrations From Around The World
Download
Calling all HuffPost superfans!
Sign up for membership to become a founding member and help shape HuffPost's next chapter
Join HuffPost 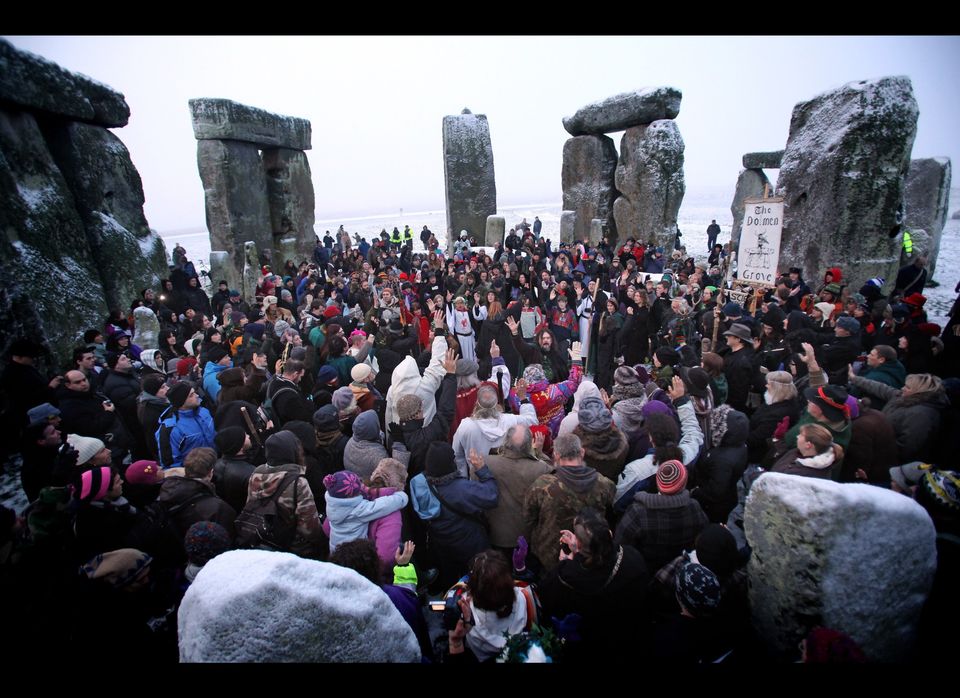 1 / 16
STONEHENGE, ENGLAND - DECEMBER 22: Hundreds of druids and pagans celebrate the winter solstice at Stonehenge on December 22, 2009 in Wiltshire, England. Hundreds of people gathered at the famous stone circle to celebrate the sunrise closest to the Winter Solstice, the shortest day of the year. (Photo by Matt Cardy/Getty Images)
Getty