In 2014, the winter solstice in the Northern Hemisphere will begin on Dec. 21 at 6:03 p.m. EST. To calculate the turning point in your time zone, click here.

The winter solstice is celebrated by many people around the world as the beginning of the return of the sun, and darkness turning into light. The Talmud recognizes the winter solstice as "Tekufat Tevet." In China, the Dongzhi Festival is celebrated on the Winter Solstice by families getting together and eating special festive food.

Pagan author T. Thorn Coyle wrote in a 2012 HuffPost article that for many contemporary celebrants, solstices "are a chance to still ourselves inside, to behold the glory of the cosmos, and to take a breath with the Sacred."

In connecting with the natural world in a way that honors the sacred immanent in all things, we establish a resonance with the seasons. Ritual helps to shift our consciousness to reflect the outer world inside our inner landscape: the sun stands still within us, and time changes. After the longest night, we sing up the dawn. There is a rejoicing that, even in the darkest time, the sun is not vanquished. Sol Invictus -- the Unconquered Sun -- is seen once again, staining the horizon with the promise of hope and brilliance.

This year the Circle Sanctuary, a prominent U.S. pagan organization headed by Selena Fox, will observe the solstice with an interfaith celebration on Friday Dec. 19 complete with musical performances, meditation and storytelling. Patheos also published an article Tuesday with five ideas for celebrating the solstice with kids, including "create a solstice altar" and "craft ornaments together." 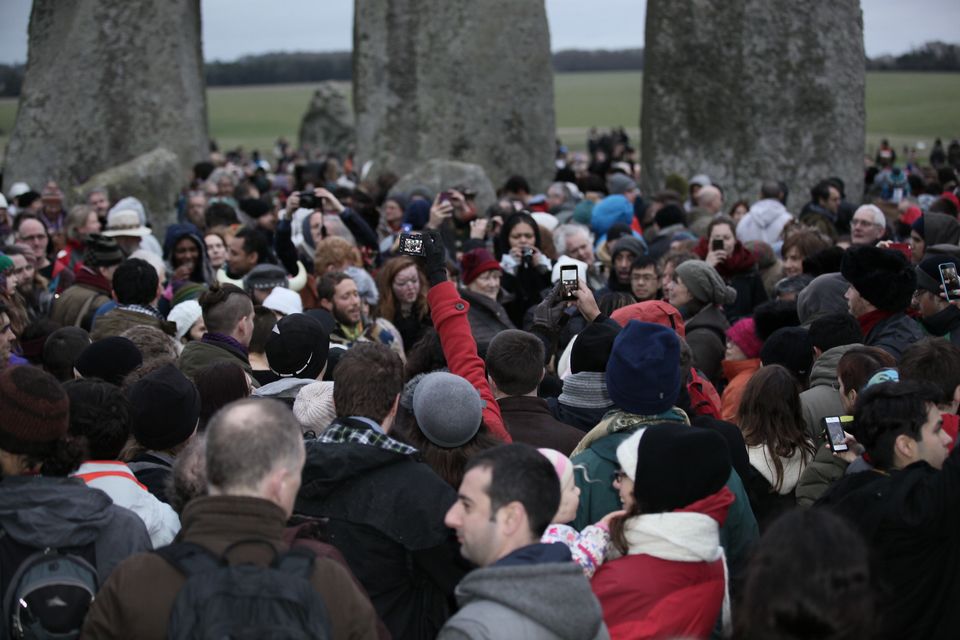