The latest winter storm, dubbed "Rocky" by the Weather Channel, has delivered a knockout blow to parts of Texas, Kansas and Oklahoma, and is forecast to strike Chicago by Tuesday.

Winter storm "Rocky" has pummeled the Central Plains, dumping a record 17 inches of snow in north Texas, according to the National Weather Service.

Public works crews across the plains rallied to face their second major winter storm in the space of a week.

"It would have been nice if we'd had a few days to recover, to do some equipment rehab," said Joe Pajor, deputy director of public works in Wichita told the Associated Press. Wichita recorded a record-breaking snow accumulation Monday, according to the Weather Channel.

While the plains are reeling from their bout with "Rocky," weather scientists said that Southern states should also brace for impact.

The Weather Channel reports that hundreds of flights have been cancelled or delayed out of Chicago due to the winter storm.

AccuWeather predicts that, by Tuesday, the storm will deliver another 12 to 24 inches of snow in a band stretching from Wichita, Kan., to Kansas City, Mo.

Although Chicago lies directly in the path of winter storm "Rocky," a northeasterly jab striking from New Mexico up through Michigan, it is forecast to decrease in intensity by the time it reaches the Windy City, bringing only 3 to 6 inches of snow.

Blizzard warnings remained in effect Monday in New Mexico, Texas, Oklahoma and Kansas. According to the Weather Channel, whiteout conditions and tropical-storm force winds have been reported in north Texas, with similar outlooks for other states in the path of greatest impact.

In Texas, the "crippling, historic blizzard" left some motorists stranded in their cars on highway, according to CNN. National guard units were dispatched to rescue stranded travelers in Amarillo, Tex.

But for all the frustrations that "Rocky" may bring, there is a potential upside. According to Reuters, the precipitation from the storm will help alleviate what has been the worst drought to hit the plains in 50 years. However, some experts feared that the drought stress on the winter wheat crop may have already harmed it beyond repair.

More From The Weather Channel: 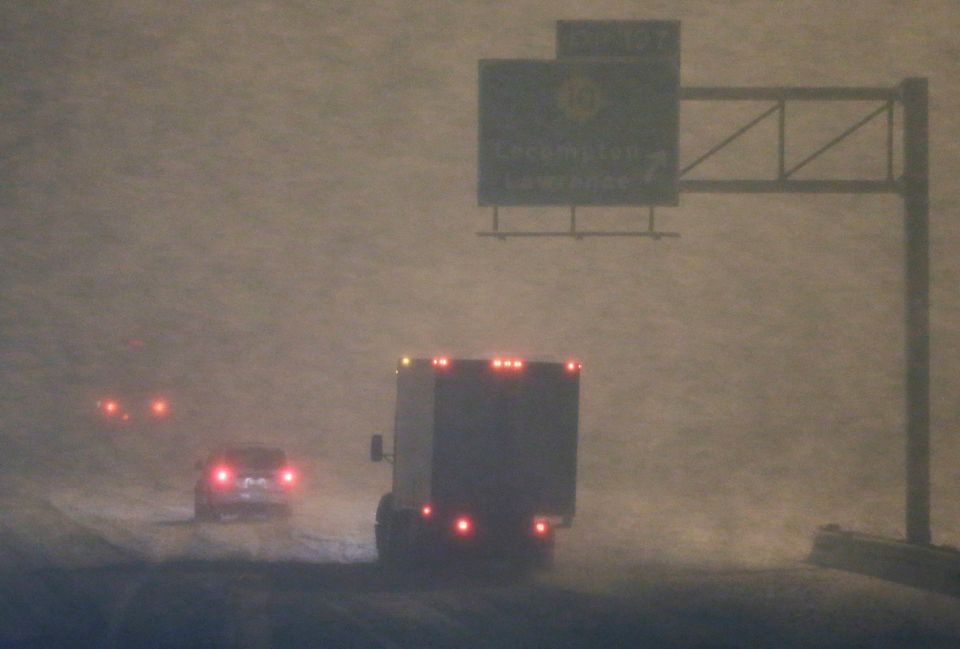 1 / 24
Traffic slows in near blizzard conditions along I-70 near Lawrence, Kan., Monday, Feb. 25, 2013. The winter storm could be the worst in the Midwest since the Groundhog Day blizzard that started Feb. 1, 2011, forced the closure of Interstate 70 across Missouri due to white-out conditions. (AP Photo/Orlin Wagner)
AP