Week three, the last week of WiSci2015, did not disappoint! The campers put what they learned throughout the camp to work; in just 4 days, working in groups of 4-5, they defined, planned and implemented their projects, and they put together presentations that they used to pitch their projects to the judges (the WiSci staffers) and to showcase them to the guests at the closing ceremony.

The projects were impressive, it was hard to believe that they were implemented in just 4 days! One group used a Galileo board and sensors to design an automated drainage system to address the persistent issue of flooding in Accra, Ghana. The proposed system included a collection of the rain water, which is then treated and rerouted back into the city. Another group sought to reduce the number of road accident fatalities in Rwanda, by proposing an easy and cost-effective system that will warn the drivers when they are getting too close to other cars or when other cars are getting too close to them. The later caught the attention of the Rwandan First Lady, Mrs. Jeanette Kagame, who was our guest of honor at the WiSci2015 closing ceremony. The other projects were equality fascinating.

Friday, August 14, 2015 was both an exciting and a somber day for the WiSci campers; it was exciting as they got to show off their projects and be treated like the stars they truly are. The First Lady of Rwanda attended their graduation and encouraged them to pursue their dreams; also each camper received an autographed picture from the U.S. First Lady, Mrs. Michelle Obama, along with a letter, congratulating them on their graduating from the WiSci camp and also encouraging them to take charge of their lives.

In addition to the two First Ladies, there were a number of other dignitaries that were associated with the camp; the Rwandan Minister of Education and the US Ambassador attended both the opening and closing ceremonies of the camp; the Nigerian and South African Ambassadors to Rwanda attended the closing ceremony. It was simply moving to see how enthusiastically the Nigerian and South African participants interacted with their respective Ambassadors.

It is my hope that the attention that was paid to the campers will serve to remind them how committed a lot of people are to seeing them succeed. It was meant to encourage them to reach for the stars; I am sure that it is exactly what they will do!

On the flip side, Friday was a somber day, as the campers realized that their time at Gashora was coming to an end. In less than 24 hours, they were going to leave their new friends. This realization was in full display as they hugged and cried at the graduation, at dinner, and throughout Saturday as they left the camp, to return to their respective countries. The emotions were not limited to the camp participants, counselors and staff also shed a tear or two!

As I write this blog, my last on WiSci2015, I look back at the camp and the participants and reflect on what was accomplished. Listening to the girls tell what the camp has meant for them, looking at what they were able to learn in just 3 weeks, looking at the confidence that they have developed over their time at Gashora, I am proud of what we did; and I am truly thankful to all those who contributed to the success of the camp. Let's do it again! 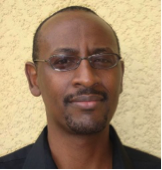 Joseph Nsengimana is the Director of Programs and Strategic Alliances at the Intel Foundation. In his role, Joseph oversees all programs funded by the foundation and supports innovative partnerships to develop technology solutions and education opportunities for girls and women, as well as programs targeting youth development. Joseph and Thomas Debass of the State Department are the initiators of the WiSci project and he is the Executive Chair of the Camp. From 2008 to 2012, Joseph was based in Johannesburg, South Africa, where he held the role of Director of Corporate Affairs Group and Strategic Alliances in Africa for Intel Corporation. In this role, he led a team responsible for government affairs, ICT and broadband policies, and CSR in Sub Saharan Africa. He advised and assisted governments, regulating agencies, and bilateral and multilateral development organizations on the use of technology to fast track development. As part of Intel education programs, Joseph and his team worked with 12 ministries of Education in Sub-Sahara Africa on their education transformation. Joseph served on the technical advisory committee of the African Leadership in ICT project to build capacity and raising awareness of African leaders on the issues of Knowledge Society, ICT, Education, Science & Technology and Innovations in support of EU-AU Strategic Partnership 8 and AUC action Plan; as well as on the ICT Taskforce of the Association for the development of education in Africa (ADEA). Joseph holds a BA and MS in Electrical Engineering from Brigham Young University.