Wisconsin is facing a $137 million budget deficit. In order to close it, Walker wants to sharply curtail the collective bargaining rights of public employee unions, effectively preventing them from negotiating benefits, hours and working conditions. (They would, however, still be able to bargain over base wages, and Walker decided to exempt firefighters and police workers from his measure.) Public workers would also have to contribute more money toward pension and health insurance plans.

HuffPost Eyes and Ears contributors, Matt Robison and Julia Meuse, took photos of the protests in Madison. Do you have any images of your own? Submit them below! 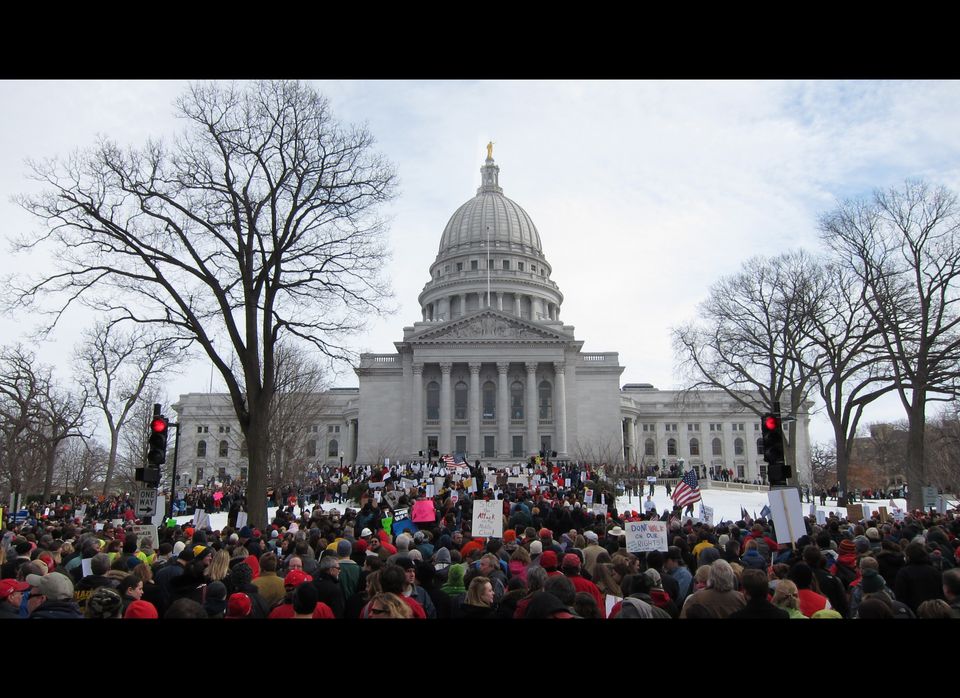