Many voters went to sleep in Wisconsin and thought they woke up in Florida on Friday after a "Republican activist" county clerk announced that she discovered an extra 14,315 votes in a hotly contested Supreme Court race. Not surprisingly, the votes went to the conservative candidate giving incumbent justice David Prosser a 7,500 lead over challenger Joanne Kloppenburg. Oddly, 7500 was the exact number of votes Prosser needed to avoid a statewide recount.

The Supreme Court race has garnered national attention as a proxy vote on Governor Scott Walker's radical proposal to end collective bargaining in the state and cut a billion dollars from public schools.

The county clerk in question is long-time Republican apparatchik Kathy Nickolaus. Nickolaus got her start in GOP politics in 1995 when the Republican Speaker of the Assembly was -- that's right -- David Prosser. She worked for Prosser's Republican Assembly Caucus, one of four GOP and Democratic legislative groups that were shut down following a criminal investigation for illegal campaign activity on state time.

Nickolaus first came to public attention in 2001 when she was granted immunity from criminal prosecution in exchange for testimony against her bosses at the Assembly Caucus. The case resulted in unprecedented convictions of Democratic and Republican legislators on felony counts of misconduct in office and arranging for illegal campaign contributions. Both Democratic and Republican leaders were sentenced to jail time.

In the caucus, Nickolaus was the person who ran the numbers, creating databases for illegal donations, partisan mailings and the like. When she escaped criminal prosecution, she hightailed it to Waukesha where she ran for county clerk in the conservative county in 2002.

She later botched a 2006 vote and stirred controversy by placing the entire voting system on her own personal computer. Prompting the County Corporation Counsel to charge: "If she wants to keep everything secret, she probably can."

On Thursday of this week, she called a press conference to announce the new vote totals that put Prosser over the top and blamed "human error." She claimed that the canvass was a "open and transparent" process, yet she found the error at noon on Wednesday and sat on the information for 29 hours, not even telling top election officials at the Government Accountability Board. According to election observers, the issue of 14,315 additional votes from Brookfield was never discussed at the canvass. But, this information somehow made its way to right wing bloggers before her press conference.

Wisconsin Citizen Action has demanded that federal prosecutors step in, confiscate her computer and start an investigation. "In the current political climate in Wisconsin, only an investigation by a U.S. Attorney can be seen by all citizens of the state as independent and above politics," said Robert Kraig.

The Kloppenburg campaign has demanded "a full explanation of how and why these 14,315 votes from an entire city were missed." As part of the search for that explanation, the campaign plans to file open records requests for relevant documents.

Meanwhile, both Kloppenburg and Prosser have lawyered-up. Kloppenburg is being represented by Marc Elias, the attorney who handled Al Franken's U.S. Senate recount fight in Minnesota. Prosser is being represented by Ben Ginsberg, who served as national counsel to former President George W. Bush's campaigns in 2000 and 2004 and was central to the 2000 Florida recount. 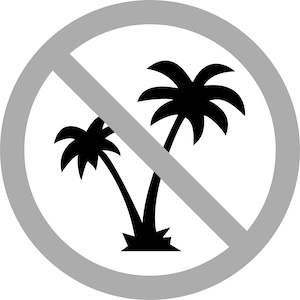 The Florida recount is on the mind of many Wisconsin voters. The big lesson from the nightmarish "hanging chads" recount "is that you need a total statewide recount. If you only recount select counties the perception is you are only selecting counties that favor you," says Jay Heck, the head of Wisconsin Common Cause.

Heck issued a statement on Friday:

"The incredible and almost unbelievable events of the last two days with regard to the reporting of votes in the City of Brookfield in Waukesha County in Tuesday's election for the State Supreme Court warrant a full investigation by the Wisconsin Government Accountability Board, the U.S. Attorney for the Eastern District of Wisconsin, the Wisconsin Department of Justice and the District Attorney of Waukesha County. Furthermore, the Government Accountability should authorize and supervise a statewide recount of all ballots cast in Tuesday's elections and such a recount should be funded by the State of Wisconsin."

Why so many parties? Because this is the same constellation of offices that investigated the 2002 caucus scandal, giving voters more confidence that the manner was being handled appropriately and in a bipartisan fashion.

If Wisconsin is not to irreparably harm its reputation as a functional and relatively noncorrupt state, many cheeseheads believe that a statewide recount is a necessity.