CHAMPION, Wis. (RNS) Philip and Barbara Hesselbein came to the Shrine of Our Lady of Good Help to pray for a grandson who has an inoperable brain tumor.

Darlene Searcy prayed for her family and for herself; she has cancer.

Mary Spakowicz, who also has cancer, came "because God will hear me here."

The afflicted and the faithful have long made pilgrimages to the quiet country site where Belgian immigrant Adele Brise said in 1859 that she saw the Virgin Mary three times. For the past few years, maybe 30 or 50 people had trickled in daily to visit the chapel, Brise's grave and the candlelit crypt that marks the site of the apparition.

That changed in December, when Bishop David Ricken of the Roman Catholic Diocese of Green Bay certified after investigations by three theologians that Brise had indeed seen a beautiful lady in white who said she was the "queen of heaven."

That made the shrine, which is a mile from the unincorporated town of Champion, the only official site in the United States where Mary is said to have appeared.

A former boarding school on the site is being refurbished to house two priests recently assigned full time to the shrine.

"I knew that there would be some increase in interest" after he certified Brise's vision, Ricken says. "I wasn't sure how wide it would be, how broad it would be."

Our Lady of Good Help attracts far fewer visitors than international Marian shrines such as France's Lourdes, which draws 5 million a year, or Mexico's Our Lady of Guadalupe, which has double that.

Still, Ricken expects the number of visitors to continue to rise and says the diocese is trying to figure out how to accommodate them without losing "the simplicity of that beautiful shrine and the peace of the place."

The farming area around the shrine is changing already.

"If the rumors are right, it's going to look like downtown Chicago pretty soon," says Louie Gomand, who owns a farm adjacent to the shrine.

A farm stand on his property sells vegetables and water to visitors. A sunflower costs 50 cents and a gourd 35 cents. A handwritten sign reads "bus specials." There's a lot more traffic, he says, but he has no complaints.

Neither does Kelli Vissers, 34. She and her husband, David, 38, own two buildings in Champion. "Since the shrine happened" in December, "the traffic has quadrupled through here," she says.

They have converted a small trailer into the mobile On the Way Cafe. Kelli Vissers said she hopes to cater meals for tourists and turn one of the buildings into a bed-and-breakfast and the other into a full-scale cafe.

Barb Cornette, 58, who grew up in the area and now helps run a dairy farm a couple of miles from the shrine, says some residents have mixed feelings about its growing popularity.

"Traffic has increased tremendously," she says. "Some of the area farmers that are retired want to sell their land ... for possibly a hotel, a restaurant. They're looking for the gold mine, unfortunately," she says.

For decades, Cornette says, the shrine was visited mostly by local people. "We felt like this was our chapel," she says, "and now we have to share it with everybody -- which is OK if they wouldn't try to change it" by adding restaurants and other tourist accoutrements.

The shrine retains its qualities despite the growing number of visitors, says caretaker Karen Tipps. "What you remember about the experience in the crypt, the beautiful sense of peace, is not different," she says.

Spakowitz, who lives in Green Bay, says, "No matter how many people are around you, you feel like you're the only one."

Cristina Ortiz, 32, also from Green Bay, emerged from the shrine in tears. "You feel that special connection," she says.

"I felt something," says Darlene Searcy, 76, who lives in Plainfield, Ill. "I'm practically in tears."

Ricken acknowledges that the shrine is experiencing "growing pains" and he says Cornette is right: Our Lady of Good Help no longer belongs only to local residents. "You've had her for 150-some years," he says, "and now it's time to share her with the world."

Church Wrestles With Growth of Wisconsin Shrine to Mary 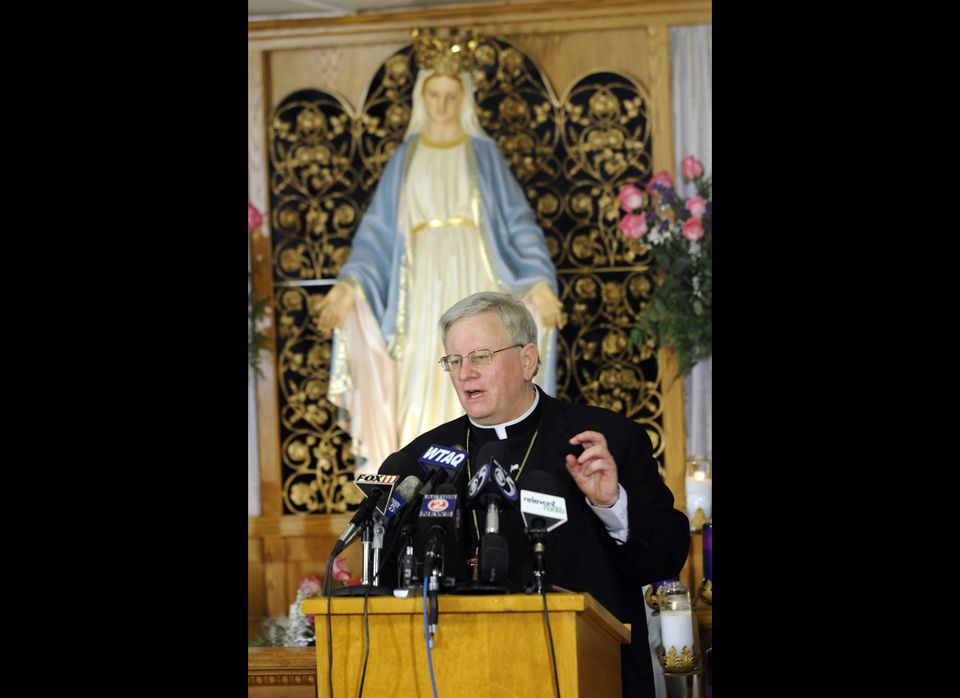