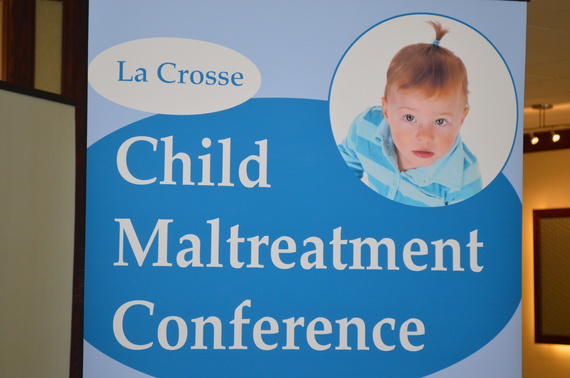 I had never seen the Mississippi River up close, with its picture-perfect views until I arrived in Wisconsin, but the beautiful city of La Crosse will also stand out to me for some of the best food in AMERICA. Having traveled the country covering Presidential elections or speaking on the subjects of Child Abuse and Foster Care, it's fair to say I have acquired a taste for good food.

In La Crosse, with its population of about 50,000, there was the local tradition of "Fazye's" restaurant. The first thing you notice when you walk up is the huge Blue outside awning.

Of course Fayze's was recommended, and I was told about its on-premise bakery. In Wisconsin, I just had to have some cheese curds, and it was some of the best food I had ever tasted. Light batter, and it was so good, the curds almost melted in your mouth. Then I ordered the Strawberry French toast. You know when a meal is so tasty that you never want the last bite to come.

Yes, the food in New Orleans Louisiana is good, (Especially the Shrimp and Grits at Surrey's Café- a Brunch Spot in the Lower Garden District) but La Crosse can even compete with that.

For Dinner, I went to a place called "Buzzard Billy's," which is known for its New Orleans style Cuisine. I ordered a Cajun steak, and it made you want to bite your fingers. That's how delicious it was.

But that brings me to the reason why I was in La Crosse Wisconsin. There, like many communities across America, they do such admirable work on the issue of Child Abuse. The Mayo Clinic there was holding its annual Child Maltreatment conference. You may not have noticed it, but all across America "multidisciplinary" teams are now being used to intervene when child maltreatment is reported.

Basically, the Multidisciplinary teams are exactly what they sound like. A collaboration with many different local agencies, from law enforcement to assisting the child on an emotional level, to protect children and ensure justice for Child Victims.

I will never forget the professionals in La Crosse, like the lead organizer of the conference, social worker Philip Nielson. It's very clear how I feel about the great and positive work of Social Workers from a previous piece I did titled, "We should all hug a social worker." Some of the other speakers just from the morning session alone of day one, were Robert Hugh Farley, a world renown expect on Child Abuse. His session was titled, "Undercover as a Pedophile: Six Years in their Shoes" and Jennifer Lee, from the National Center for Missing and Exploited Children

Even the Medical Director of the La Crosse Mayo Clinic attended, Dr. David Rushlow, opened the conference. At 8:00 AM in the morning, they had hundreds of Child Welfare professionals, eager to improve on their expertise.

The topics they were taking on are commendable to deal with the current day reality of abused children:

Reconstruction Techniques for Child Abuse Injuries, Identifying adolescent victims of Sexual Exploitation and Gang Rape, the role of the medical exam in child abuse cases, Fractures and Head Trauma Review, how to assess abuse disclosures by children under 6 and of course Parenting Is Best Prevention

Perhaps the most compelling part of the day were the medical doctors that came up and talked to me, and they were down to earth individuals that just want to make the world a better place.

But think about this for a moment, such doctors are on the front line with the Child Abuse battle. They are the first ones to see, and document horrendous child abuse. Burn-out for them, like the professionals, can be an issue.

Just two weeks before the Mayo Clinic event, I was in Wisconsin again, this time for the Wisconsin Foster and Adoptive Parent Association annual conference that was held in scenic Wisconsin Dells. (In all likelihood, your community has such a Foster Parent organization) The Wisconsin Foster and Adoptive Parent Association took on relevant issues like Foster Kids aging out of the system. Imagine, your 18 years old, and thrown into society, on your own, with no support system. Pat O'Brien, a nice man and dedicated professional, also out of New York took on that issue.

There are everyday heroes in every local American community.

I will never forget the great work and kindness of the President of the Wisconsin Foster and Adoptive Parents Association, Sherry Benson, or her Vice Presidents Tina Christopherson, and Manda Wirth. All three ladies have several children in their homes as foster parents, and all three are the type of Americans that would give you the shirt off their back.

Of course a commendable list starts with those that are a voice for the voiceless, people that stand up for those that can't defend themselves, and that is the Foster Parents throughout the world.

Perhaps the next time you see a foster Parent, or a Child Abuse Professional, you should say thank you, for all that you do for others.