WASHINGTON -- Following a highly contentious seven-month battle, all but one of the nine recalled Wisconsin state Senators will fight to keep their seats in general elections happening on August 9 and August 16.

Energized by the decision by 14 Democratic state Senators to initially flee the state in an effort to prevent a vote on the legislation and the subsequent protests that occurred once Walker's budget was passed anyway, Democrats had pledged to exact revenge by removing Republican lawmakers through the recall process. Republicans responded by targeting three of those Democrats in return.

On July 19th, Democrat Dave Hansen won the first of the nine general recall elections against challenger David VanderLeest. Never a favorite of the state Republican Party, VanderLeest was hurt by his own legal and personal troubles, including nearly $25,000 in unpaid property taxes and past arrests for domestic abuse. Hansen took 65 percent of the vote in the election, easily keeping his hold on his seat, representing the 30th state Senate District.

The next stage in the recall campaign comes on August 9, when six recalled Republicans will face their Democratic challengers. State political observers say the race to watch on Tuesday will be the District 8 race between Democratic candidate Sandy Pasch -- a State Assemblymember -- and Republican Sen. Alberta Darling.

Darling, who is co-chair of the Joint Finance Committee that authored Walker's budget bill, has been a fundraising powerhouse throughout the recall elections, bringing in more than $1.1 million in donations and spending nearly $1 million in an effort to fend off her challenger. Even so, she has acknowledged that holding her seat won't be easy.

"Is this tense for me? Yes. Do I think I'm going to win? I'm giving it my best shot," she told a panel at the Milwaukee Press Club on Aug. 2.

Though no other candidate has matched Darling's fundraising numbers, many have outside groups pouring money into their coffers. Outside spending in the recall elections reached over $33 million on Monday, breaking the previous record of any Wisconsin statewide election, which was set at roughly $20 million during the 2008 cycle.

If Democrats pick up a total of three new seats in the recall elections, their party will retake control of the Senate and gain an increased amount of influence over Walker's budget legislation.

Click here for the latest news and updates on the Wisconsin recall elections.

Here are more details on each of the recall races: 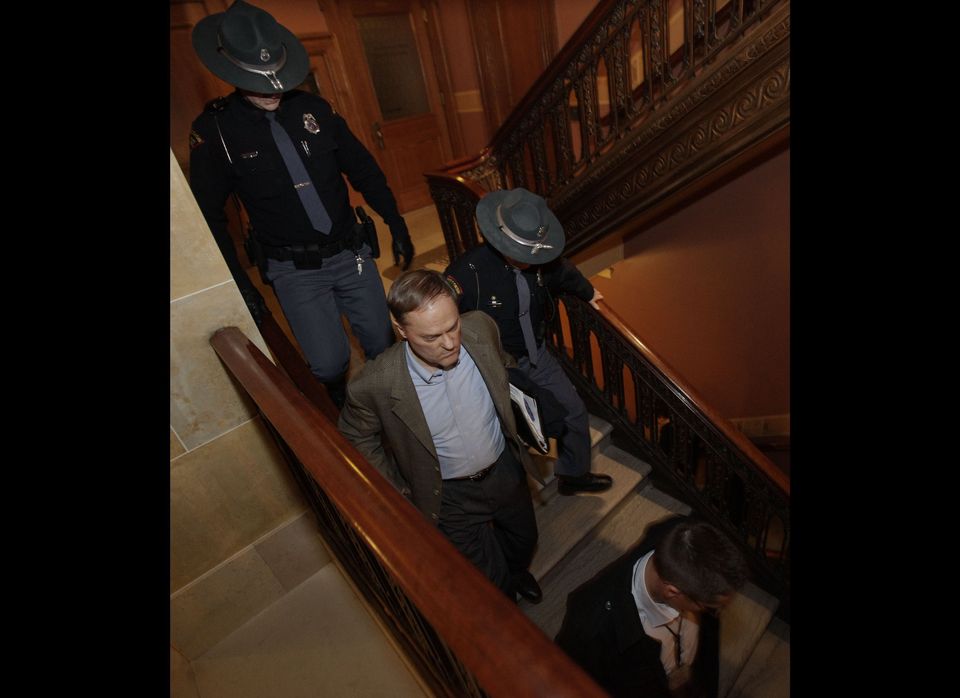 1 / 9
District 2: Nancy Nusbaum (D) vs. Robert Cowles (R)
Nancy Nusbaum is challenging state Sen. Robert Cowles for his District 2 seat. Nusbaum is the former mayor of De Pere, and was the Brown County Executive for eight years. More recently, she directed Crime Victim Services for Wisconsin.<br><br> Cowles, who has served in both the Wisconsin Senate and the State Assembly, supported Gov. Scott Walker's controversial budget bill, including the cuts to union workers' collective bargaining rights. He hasn't faced significant opposition from a Democratic candidate in more than a decade, including two of his last three elections, when he <a href="http://www.postcrescent.com/article/20110517/APC0101/305180011/Nusbaum-challenge-Cowles?odyssey=tab|topnews|img|APC-News" target="_hplink">ran unopposed</a>. Many consider his seat to be one of the safest, despite the fact that 26,000 signatures -- 10,000 more than needed -- were collected to recall Cowles from office.<br><br> Cowles (pictured) told WLUK-TV he's confident about his standings in the final days of the recall election. "I feel good about the campaign we put together. I feel good about the message, I don't mail it in, I work hard to do my thing, and I'm not just there filling the seat. I'm working hard to represent the entire district and all the people," <a href="http://www.fox11online.com/dpp/news/Recall-election-nears-for-2nd-district" target="_hplink">said</a> Cowles.
AP